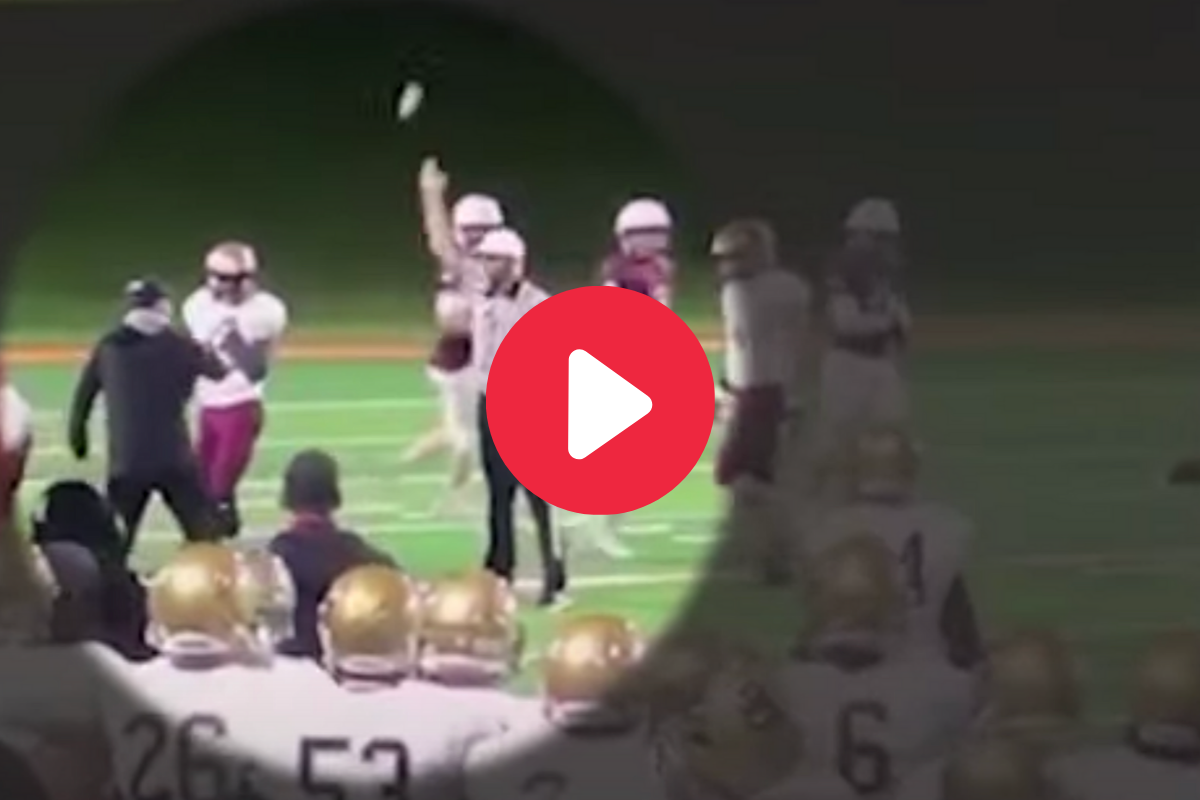 No matter how old they are, or what they do, parents want what?s best for their kids. They want their children healthy, safe, and out of harm?s way. When something bad happens, parents tend to freak out, and a controversial play during a high school football game has landed one dad in some serious trouble.

Meet Jason Storm, the former Lincoln High School assistant coach in West Des Moines, Iowa. He recently resigned from his coaching position of 15 years after his reaction to a ?no-call? on a helmet-to-helmet hit in the second quarter on the team?s quarterback, which happens to be his son.

The football game against Dowling Catholic High School was his last, but that?s currently the least of his problems. According to KCCI 8 Des Moines, Storm turned himself in was booked into the Polk County Jail just before 4:30 a.m. on Wednesday morning. He faces a harassment charge.

So what happened? Why is a 44-year-old assistant football coach facing criminal charges? Well, the video explains it all.

During the second quarter of last Friday?s game, Lincoln?s quarterback, who is Storm?s son, rolled out right to throw the ball. But before he could release it, he was met with a vicious hit near his helmet.

That?s when Jason Storm absolutely lost it. And according to court documents, he told head official Scott Jay Zahnle that was was going to ?f?ing kill him? because a flag wasn?t thrown. He was restrained from attacking the referee and was escorted out of the stadium.

?My first reaction was ?How do you not call that a penalty??? Gary Dickey, Storm’s attorney, told Channel 13. ?That’s a sensitive issue for Mr. Storm. His son had a concussion last year and had to miss a significant portion of the season, so when you have these types of calls involving player safety, that?s when emotions get high.?

According to KCCI, Storm resigned from the coaching staff over the weekend and apologized for his actions.

What makes matters worse is the Des Moines Public Schools admitted it was a missed call on the Lincoln quarterback:

?However, the video clearly shows a dangerous incident occurring during the game right in front of the referee, who did not call a penalty. The district is now waiting to see what responsibility this referee is going to take for their mistake and if there will be any action by the Iowa High School Athletic Association in response to a dangerous missed call.?

The former Lincoln High School assistant football coach was charged with one count of first-degree harassment. Storm appeared in court Wednesday morning and released on his own recognizance, according to Channel 13. He later pleaded guilty and agreed to second-degree harassment as part of a plea agreement.

Parents do some crazy things to protect their kids, but an apparently intentional helmet-to-helmet hit really set Jason Storm off.