4-Star Running Back Has Perfect Combo of Speed & Power 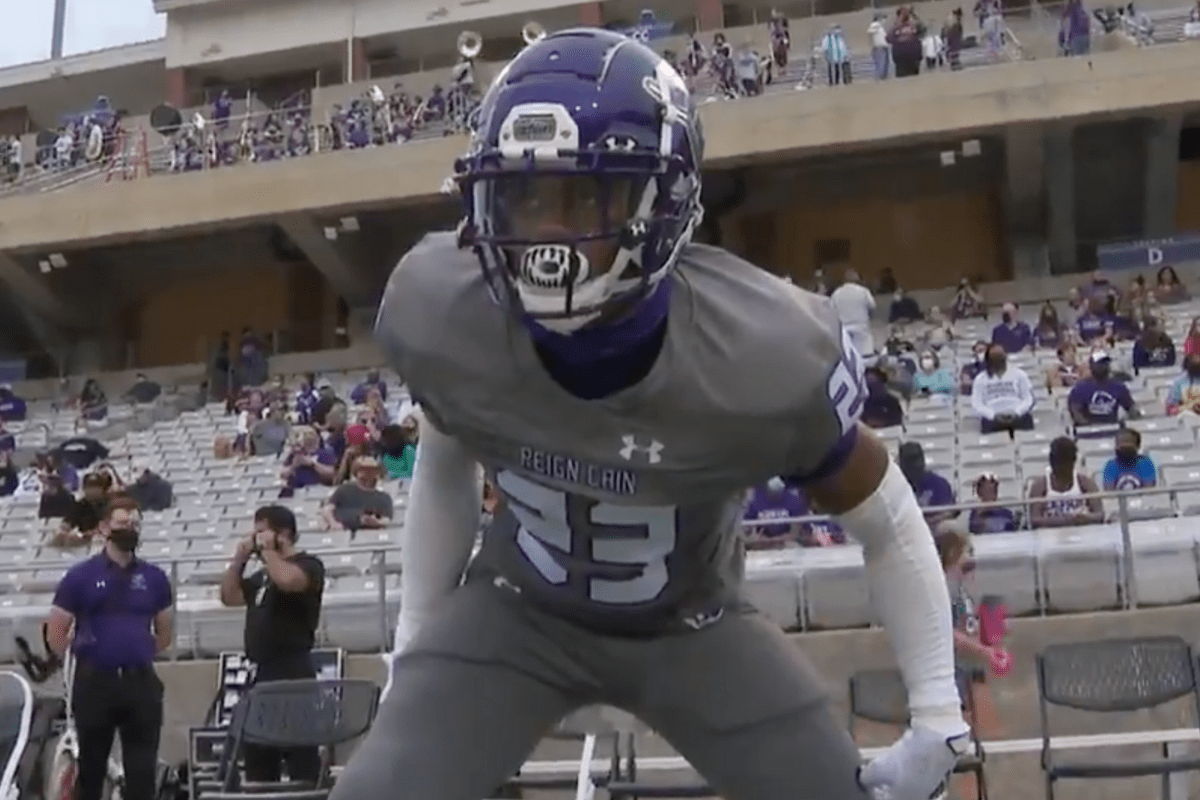 Some running backs are known for one particular attribute. Maybe their speed is their best skill. Perhaps they can out-muscle defenders and force their way to the end zone.

Jaydon Blue has the ideal combination of both traits and should make an impact when he plays college football.

Blue, a 5-foot-10, 205-pound running back, currently plays for Klein Cain High School in Houston and has some of the nation’s top programs after him.

RELATED: Does This 5-Star RB Have a Favorite Destination?

Four-star running back Jaydon Blue has received a lot of interest, but there are a few teams in a better position to land him than others. Alabama, Auburn, Georgia, LSU, Oklahoma, Texas, and USC are currently the frontrunners, according to 247Sports.

Right now, some recruiting analysts believe that the University of Texas and Ed Orgeron’s Tigers have the best chances, so the race to sign Blue will be an interesting one to monitor.

Head coach Tom Herman’s team needs more talent from the 2022 recruiting class, so the pursuit for the high school football star is going to be aggressive.

Jaydon Blue may “only” be a four-star recruit right now, but he has a certain “it” factor about him. His offensive line is outstanding and creates just enough space for him to rush through and beat defenses. When someone tries to tackle him, he has enough strength to run into contact and not let it impact him.

Since joining the Hurricanes’ varsity team in his sophomore season, Blue has done nothing but produce when it matters most.

Jaydon Blue is one of the best running backs in the state of Texas. He has proven himself to be ready for the next level of football, and whichever team signs him will be immeasurably happy that they did.

MORE: 4-Star Dual-Threat QB Has Serious Title Contenders After Him