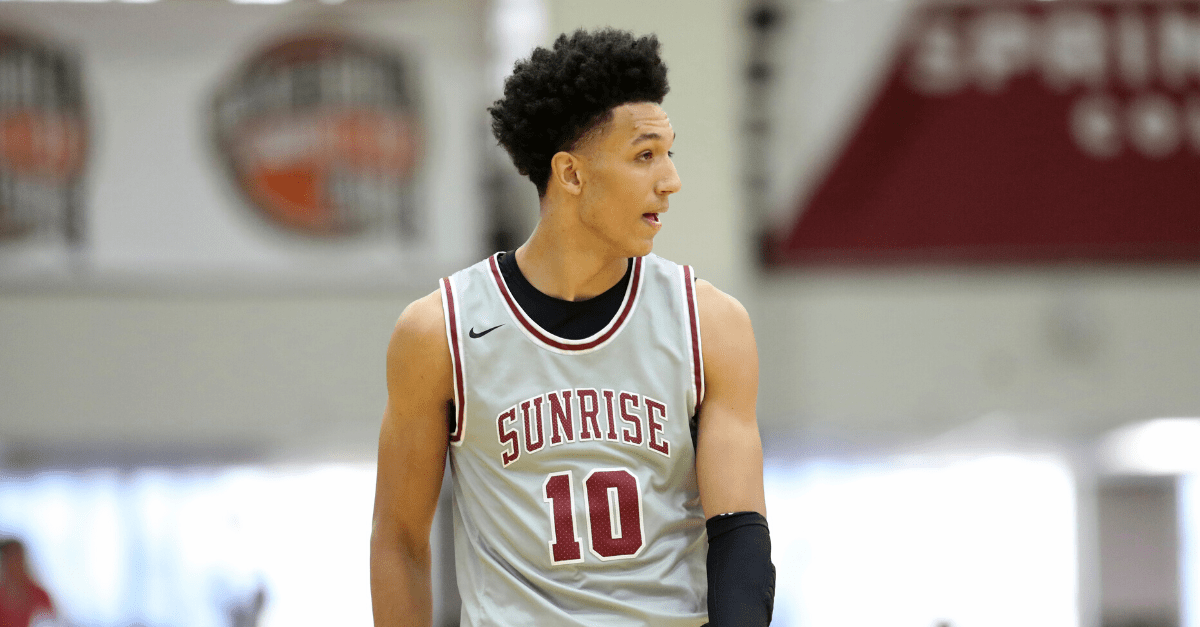 Kendall Brown takes his position seriously. The senior-to-be and Cottage Grove, Minnesota native prides himself on being a role model.

?We have to use the platform that we have,? Brown told the Star Tribune. ?A lot of people look up to us. We have to use it in a positive way. We?re showing that if we give back everyone else could be giving back, too.?

In the wake of George Floyd’s death in Minneapolis, Brown volunteered to collect home items for the families of St. Paul as part of Athletes Helping Families donations drive.

On the court, Brown is a lean 6-foot-8 and buzzing with athleticism. He led East Ridge High School to the Minnesota State Tournament in 2019. Later that summer, he moved to Bel Aire, Kansas, a suburb of Wichita, to attend Sunrise Christian Academy. The move exposed him to some of the best competition in the country.

Brown is a slasher. It’s most effective when he passes and bolts towards the rim. The five-star is adept at exploiting openings in the defense and finishing tough shots. Brown has a lightning-quick first step. The small forward speeds past his man to the paint, his command center. From there, he attacks the rim, passes, or pulls up for a jumper.

His range is limited and his shot will need further development; He flicks and pushes it. Brown’s handles make for a solid secondary ball handler. On the fast break, he can lead or zip down for an easy two. He dunks with immense ease. The springy athleticism and length combine for a wide range of slams.

Brown is the 14th ranked recruit in the 2021 recruiting class according to 247Sports‘ Composite Rankings. In May 2020, he narrowed his list to Arizona, Arkansas, Baylor, Illinois, Kansas, Marquette, Maryland, Minnesota, Ohio State, and Virginia. He traveled to Milwaukee for an official visit to Marquette in October 2019. He also had offers from Cal, Creighton, Iowa, Iowa State, Nebraska, Saint Louis, Texas A&M, Vanderbilt, and Wake Forest. 247Sports‘ Crystal Ball predicts Brown will sign with the Jayhawks.