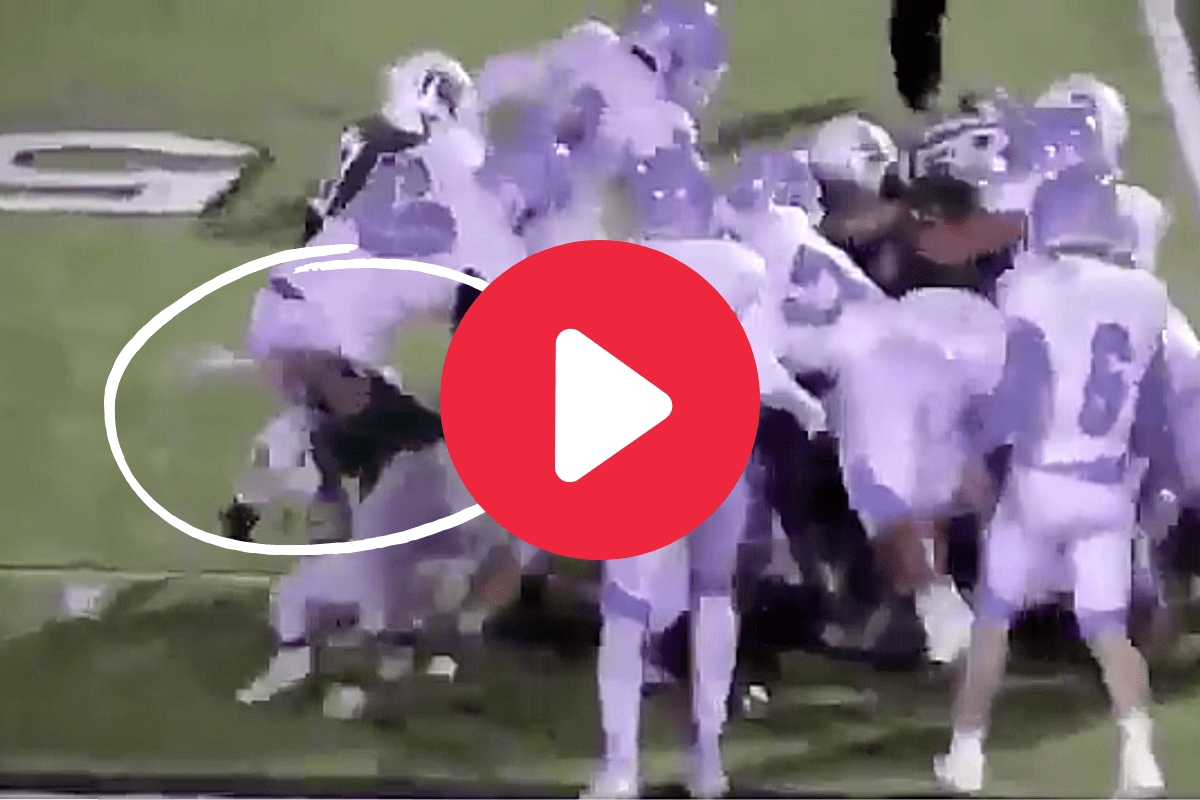 A football player for Forest Hills Central High School in Michigan went viral for the wrong reasons back in November 2017.

The player took a diving shot at an opposing player’s knees, which resulted in a reported torn MCL injury, according to The Big Lead. As the clip circulated on social media, many called this a disgusting act and terrible cheap shot at an opponent.

Forest Hills Central doesn’t have a roster posted on its website, so the player who landed the hit remains unidentified. However, through a Twitter search, The Big Lead confirmed that the victim of the incident was Chuckie Anthony, a senior lineman prospect and team captain from Mona Shores High School.

Matt Koziak, the coach of Mona Shores, told MLive.com he was heartbroken over the intentional injury.

“My initial feelings are it’s awful. I don’t know how else to put it,” Koziak said. “To have any kid, Chuckie is one of our senior captains, just a great kid. You don’t want that to happen to any kid, especially the way that it happened. Injuries are a part of the game, but when it’s intentional, it puts a bad light on the game and tarnishes stuff a little bit.

This is crazy to see happen. Keep Mona Shores, Chuckie Anthony in your prayers. He tore his MCL. https://t.co/VoQBzo8pH2

This is a perfect example of what not to do on the football field.

The good news is that Chuckie Anthony recovered from the knee injury. He went on to play for Wayne State University in Detroit. As for the other kid, hopefully he learned his lesson.