WATCH: Arch Manning Has a Rocket Right Arm and Future in the SEC 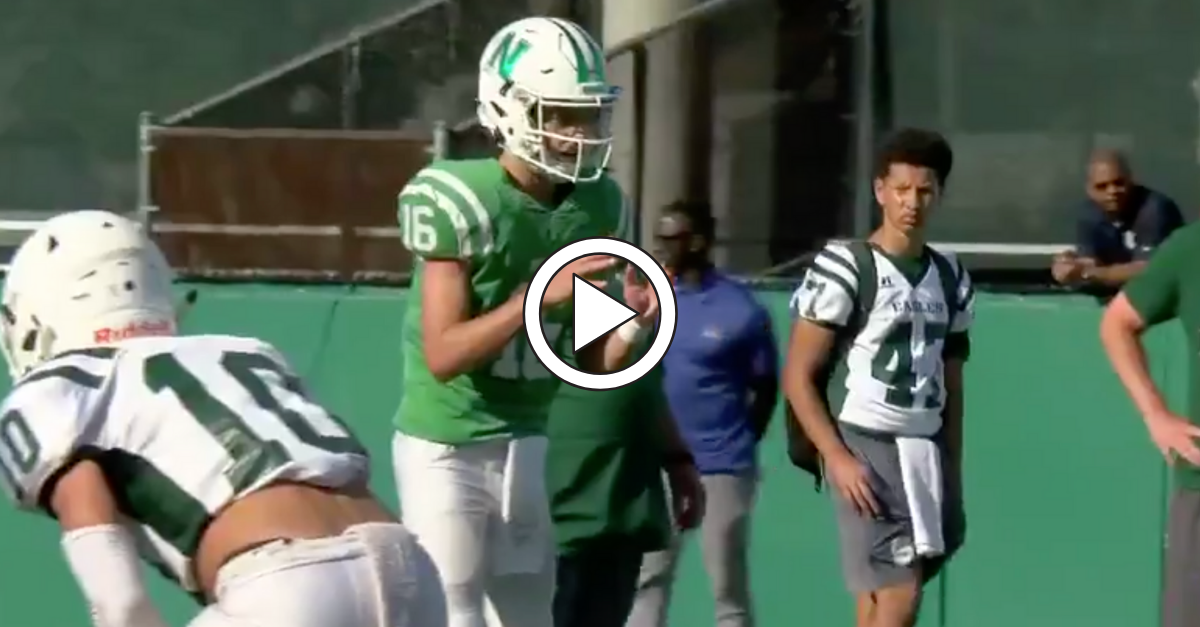 If your last name is Manning, the expectation is for you to be a great quarterback. Archie Manning made a couple of Pro Bowls. Peyton Manning broke records in the NFL. Eli Manning won a couple of Super Bowls with the New York Giants. Together, the brothers even make sweet music videos. The only kid in the family to not play in the NFL is Cooper Manning, but it?s safe to say his offspring is on the way to greatness.

Meet Arch Manning, the son of Cooper, nephew of Peyton and Eli, and the grandson of Archie and Olivia Manning. He?s an eighth grader at Isidore Newman School in New Orleans, Louisiana, and he?s got a rocket for a right arm.

Already at 6-foot and 160 pounds, the 2023 prospect threw three touchdown passes in the high school?s spring game against Archbishop Shaw. Not bad for his Newman varsity debut, huh?

Arch Manning made his debut for the Newman varsity last night against Shaw. Manning threw 3 TD's in the contest, two caught by @Jmsj_1. The 6'1" QB will be a freshman this fall for the Greenies. @FOX8NOLA pic.twitter.com/wdieQLZZ9p

Although Peyton and Eli get the attention for being future Pro Football Hall of Famers, Cooper Manning was a damn good football player at Isidore Newman before a diagnosis ended his career. He was a star wide receiver committed to Ole Miss, but he had to give up the game when told he had spinal stenosis.

Now, his 13-year-old son is already playing varsity football and becoming a social media sensation. The next step, obviously, is to dominate high school football and then go play college football in the SEC at either Tennessee or Ole Miss.

There?s still plenty of time to sort all of that out for Arch Manning. But for now, the son of Cooper Manning might be the next star in a family full of them.