HS Coach Suspended for Running Up the Score on Undefeated Team 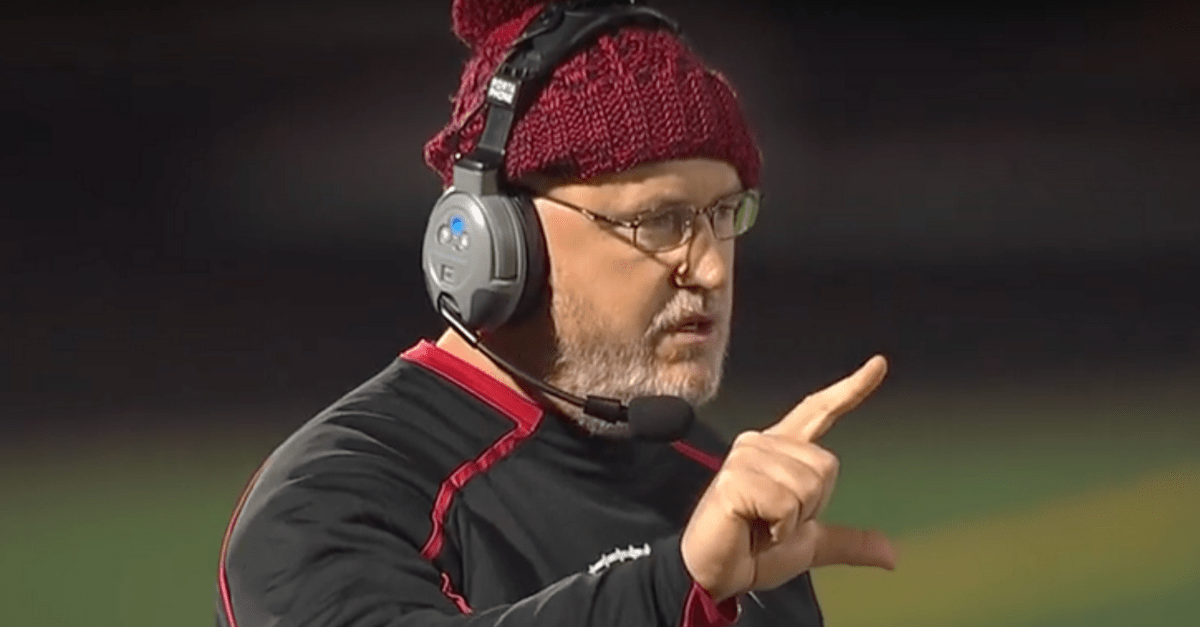 The hype is real when two undefeated teams meet on the gridiron late in the regular season. Outside of a championship game, it?s hard to find a bigger contest at any level. So when Plainedge High School took on South Side High School in New York, all eyes were on the field to see which team would keep their undefeated record alive.

At the end of the day, it wasn?t even close. Plainedge destroyed South Side, 61-13. However, that final high school football score landed Red Devils head coach Rob Shaver in some trouble.

According to the New York Post and Newsday, Shaver was handed a one-game suspension for breaking Nassau County?s ?lopsided scores policy.? In other words, Plainedge, located in Long Island, was accused of running up the score against a previously unbeaten team.

RELATED: HS Coach Accused of ?Running Up the Score? Gets His Job Back

The rule to ?discourage teams from running up the score? has been in place for three seasons, but Shaver is the first varsity high school football coach to be bitten by it.

Sure, Plainedge was up five touchdowns entering the fourth quarter, but many feel this is a pretty harsh penalty considering the circumstances.

Thanks to all the news outlets, authors, and organizations for the interest in our program over the last couple of weeks. Extra thanks for those who took the time to get to know our Head Coach Rob Shaver as a man & focused on how fantastic a mentor and leader he is.

What makes the situation even worse is South Side coach Phil Onesto ? the man Shaver defeated in the game ? wasn?t offended at all.

Shaver, a veteran coach for the public school in North Massapequa, New York, even sounded off on the issue and ruling from the ?lopsided score committee? for last Friday night.

?They thought it was a mismanaged game, which my opinion is, that isn?t the rule. It should be: You ran up the score on purpose. That?s what the intent of the rule is for.

?What made me the most upset, to be honest is, listen, if the South Side coach complained and said, ?This guy definitely ran up the score on us,? well, then they should investigate. Because that?s the intent of the rule. The spirit of the rule is to prevent better teams from running up on lesser programs and sportsmanship and dignity and all that stuff. I get it. That didn?t happen.?

As a result, the game was a blowout, and now an undefeated football team will be without its head coach for the regular-season finale because of a sportsmanship rule.

Welcome to high school sports in 2019.