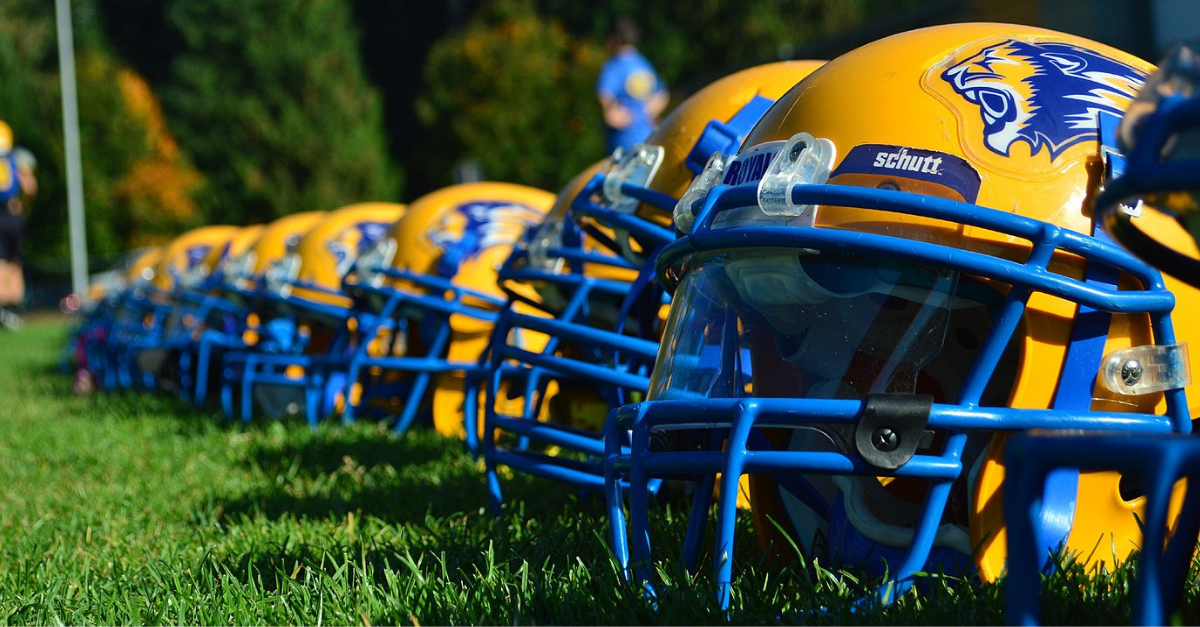 In football, like every other sport, you play to win the game. That?s the objective for every team, no matter the level, but apparently scoring too many points against an inferior squad was a crime in one high school community.

A couple of weeks ago in Arizona, Avondale La Joya Community High School smacked Glendale Copper Canyon 60-0. It was the Fighting Lobos? third win of the season under first-year head coach Devin Dourisseau, who was hired in March after spending the last seven seasons as an assistant coach. The program looked to be heading in the right direction, but controversy stopped any momentum they had.

After meeting with school administration that Monday afternoon, Dourisseau stepped down as the La Joya head football coach. The reason? He was accused of running up the score.

This seemed ridiculous. La Joya had lost its first two games of the season to Scottsdale Chaparral and Chandler Basha, and had come on strong over the last month. There didn?t appear to be problems with the team?s 63-7 victory over Phoenix Alhambra, yet something wasn?t right with everyone.

In a text message sent to AZCentral.com, Dourisseau explained why his time with the high school football team was potentally over before it really got started.

“I was threatened to be removed from the sideline for our game against Valley Vista if we scored another point. The AD and principal had a meeting with me this morning and basically told me I was in the wrong.

“We had 1 special teams score and two defensive scores in the second half. My first team only scored once and we ran the ball with my 2nd and 3rd team running back and scored.

“Per the conversation, I stepped down because I was accused of wrongdoing and running up the score.?

There are two sides to every story, obviously, but this appeared to be a pretty petty move on the surface.

Then, a few days later, Dourisseau was reinstated as the coach. It was later confirmed by the Tolleson Union district, according to USA Today.

The issue has been resolved and Dourisseau coached La Joya against Surprise Valley Vista. The Lobos won 48-7.

Here is Dourisseau’s letter to the school district:

To Whom It May Concern:

My name is Devin Dourisseau.  On Monday, September 30th, I made an emotional decision to resign as the Head Varsity Football Coach at La Joya Community High School.  The decision came after a meeting with administration where we were unable to agree to disagree.  As a result of my decision, an entire media and social media fiasco has erupted which was never my intention.  I am a man of strong scruples and conviction, which aided my decision.  My resignation however, has had the unintended purpose of hurting people.  The La Joya administration, staff, community, students and mostly the players have been negatively impacted by my decision, which I truly did not want.

I now would like to right any wrongs that my decision has caused.  I would respectfully ask to rescind my resignation so I can make this right with all parties involved.  The local and national attention has caused a black cloud to linger over our school, the football program, and our district.  It has also caused our campus to be divided.

If I am afforded the opportunity to continue coaching, I will put a considerable amount of effort into bringing back that positive light that has made our district shine through the years.  I will also make sure to speak highly of everyone involved in an attempt to quell any negativity that has been shed on our school and district.  My main concern is the well-being of our staff, students, community and athletes.  If you have any questions, please feel free to contact me at any time.

You want to know the craziest part of the entire story? The opposing varsity coach, Copper Canyon?s Sean Freeman, didn?t feel like he was running up the score at all.

“We shook hands and that was that,” Freeman said. “When I got a phone call today (that Dourisseau was out as coach), I was surprised. To me, it was not that big a deal. We just got beat fair and square.

“It’s football. And if you’re not showing up with your A game that’s what happens.”

Here’s a tissue for anyone who thought this was such a big deal. We can all be glad it’s finally over.

READ MORE: Chaplain Told to Stop Praying With Football Players Before, After Games