Game of the Year: Alabama-LSU to Host ESPN College GameDay 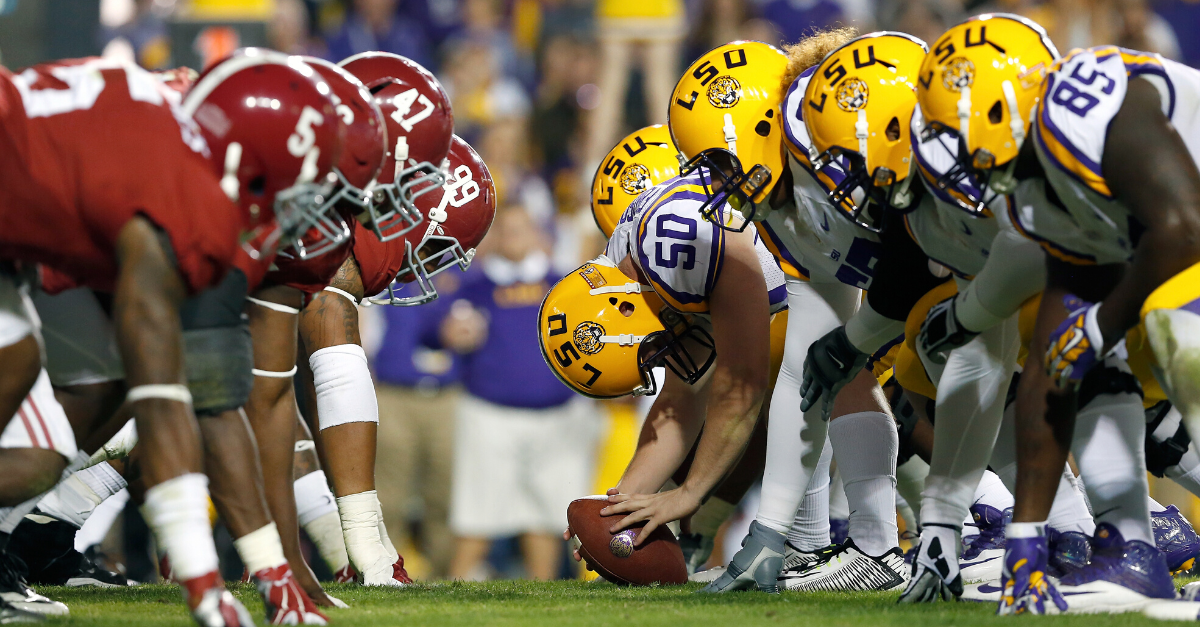 Only 14 times in the last 50 years has the No. 1 and No. 2 team met during the regular season. Naturally, the top teams in college football square off to decide the national championship most years, but meeting prior to then is about as rare as a tow truck hijacking. The last time No. 1 squared off with No. 2 was in 2011 when the Alabama Crimson Tide lost to the LSU Tigers, 9-6.

Finally, it’s happening again. On Nov. 9, when No. 1 LSU travels to Tuscaloosa and faces No. 2 Alabama, another all-time classic will take place. Did you really think there would be another location for ESPN College GameDay to set up shop?

Where Will ESPN’s College GameDay Be This Week?

Alabama-LSU is the most featured matchup in College GameDay history, with 2019’s regular season game being the 11th time overall; Only Ohio State-Penn State (9) is featured more. This game will be Alabama’s 47th overall appearance (the most ever) and 14th time hosting, which is second only to Ohio State. LSU gets its 31st appearance, and this is the Tigers’ third feature of 2019 after playing at Texas and hosting Florida in Baton Rouge.

Just writing this gives me chills. It’s so rare for a national championship-caliber game to take place in early November. If this ended up being the 2020 College Football Playoff National Championship Game at Mercedes-Benz Stadium in New Orleans, I’d have no problem with this matchup.

There is so much talent and intrigue that I’d watch a showdown between LSU and Alabama’s equipment managers and still not be able to look away.

Former MLB All-Star and Alabama native Jake Peavy was in Tuscaloosa for LSU-Alabama in 2013. In 2014, Alabama legend Joe Namath joined Rece Davis, Lee Corso, Kirk Herbstreit and the gang for Auburn-Alabama. “The Boss” Rick Ross even picked Alabama over LSU back in 2015.

So, who are potential candidates to be College GameDay’s guest picker? Here are some suggestions, although ESPN might go deep into its bag of tricks and surprise everyone on Saturday night.

UPDATE: On Friday before the big game, golfer Justin Thomas revealed on Twitter that he’ll be taking over the desk as College GameDay’s guest picker for LSU vs. Alabama.

Well since I’m in Tuscaloosa… Might as well call @CollegeGameDay! See you guys tomorrow morning for the best game day I’ve ever had from @UofAlabama. Roll tide!!!!!

Regardless of the outcome, it’s likely that the loser of this SEC game still makes the College Football Playoff based on how good they’ve been to this point in the season. Needless to say, several houses will be divided with bragging rights after this one is done.

From the start of the decade to the very end, fans are salivating at yet another classic between the country’s top football teams. As Thanos said in Avengers: Infinity War (incoming comic book nerd reference), “Perfectly balanced, as all things should be.”

The next ‘Game of the Century’ is going to be a war that even Thanos wasn’t prepared for.

This post was originally published Nov. 4, 2019. It was updated with news that Justin Thomas will be in Tuscaloosa as the day’s celebrity guest picker.

READ MORE: Was Alabama-LSU the Worst National Championship Game of This Decade?