LSU Releases Hype Video for Showdown vs. Auburn: “Will You Rise?” 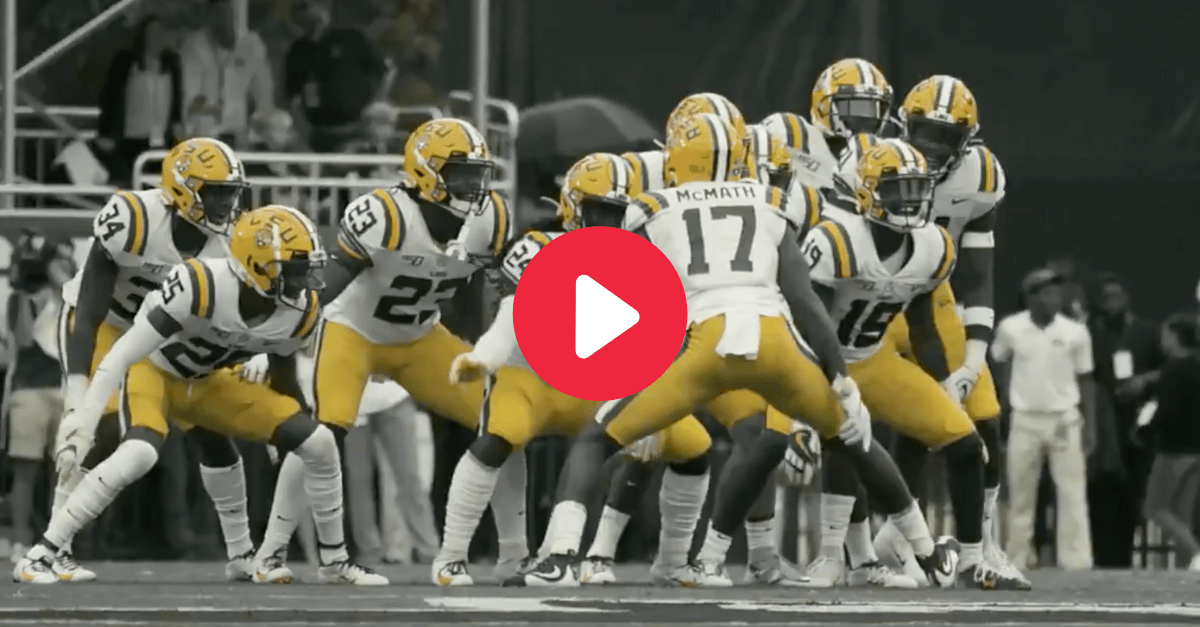 The stakes won’t be higher when the No. 2 LSU Tigers meet the No. 9 Auburn Tigers in Baton Rouge, Louisiana. Win, and you’re one step closer to an SEC West division title, berth in the SEC Championship game, and possibly, a bid to the College Football Playoff. Lose, and your season spirals down the path of being remembered as a “what could have been” type year.

It’s Heisman Trophy candidate Joe Burrow and college football’s second-ranked passing attack slugging it out with Auburn’s 11th-ranked rushing offense. Auburn and LSU are ranked No. 23 and 24, respectively, in yards allowed per game on defense. This SEC matchup has the makings of an all-time classic, but when the time comes to seize the moment, who will crumble or who will rise?

That’s the question asked by ESPN’s Scott Van Pelt, whose voice narrates an incredible hype video released by LSU football’s Twitter account Thursday night. After three minutes, you’ll be ready to run through anything in your path before Saturday’s afternoon’s kickoff in Tiger Stadium.

When your moment comes. When your name is called.

When time is running out and everything rests on your
shoulders…

Or will you rise? pic.twitter.com/Z9N3JVnI62

“What we saw Saturday night is something that won’t soon leave me,” Van Pelt said. “And that remains the best environment I have ever seen for a sporting event, in any sport, that I have ever seen. Ever.”

Flashes to 2018’s game-winning field goal by LSU kicker Cole Tracy and 2007’s game-winning catch by LSU legend Demetrius Byrd chronicled some of the Auburn-LSU football rivalry over the years that fans on both sides won’t soon forget.

But when this 2019 game is finished, there will be more than just iconic, game-altering plays left behind in Death Valley. The winner of this LSU-Auburn rivalry game will inch closer towards college football immortality, and potentially, a CFP national championship.