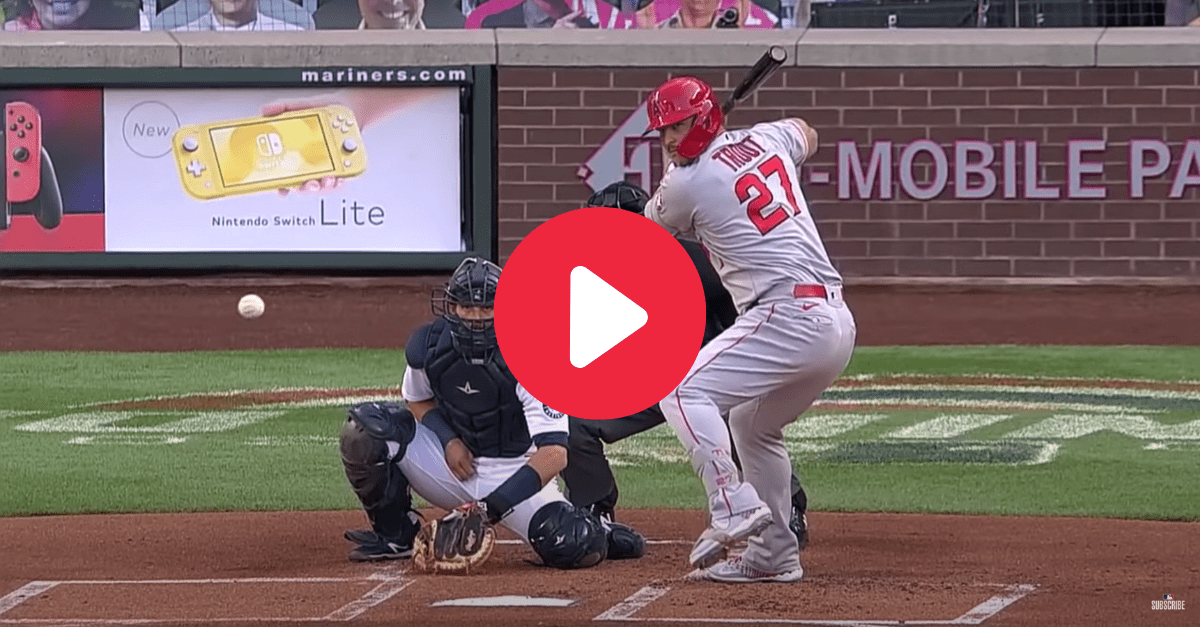 SEATTLE (AP) ? Mike Trout homered in his first plate appearance as a father, Albert Pujols moved one step closer to Willie Mays on the career home runs list and the Los Angeles Angels beat the Seattle Mariners 5-3 on Tuesday night.

Trout missed four games while on paternity leave for the birth of his son, Beckham Aaron Trout. He returned with a solo shot to left-center in the first inning and finished 1 for 3 with a walk on a day full of news for the Angels as top prospect Jo Adell also made his debut.

?I was hoping now that Trout was a dad, the dad bod might have snuck up on him, but that wasn?t the case,? Mariners manager Scott Servais joked.

Pujols hit a two-run homer later in the first for a 3-0 lead, giving him 659 for his career, one behind Mays on the career list.

Adell legged out an infield single in his first at-bat for his first major league hit and finished 1 for 4 with a strikeout and one adventurous defensive play. One of the most heralded prospects in baseball, Adell boasts a five-tool skillset and is expected to be the team’s primary right fielder.

?More than likely he was nervous, but he handled it really well, I thought,? Angels manager Joe Maddon said.

David Fletcher added a two-run homer for the Angels in the seventh.

Angels starter Andrew Heaney (1-0) struck out three, walked four and allowed a run and three hits in 5 2/3 innings. He allowed a run-scoring triple to Austin Nola in the sixth inning that ended his night. It was Heaney’s second straight start against the Mariners.

Mariners rookie Justin Dunn (0-1) needed 37 pitches to get out of the first and was charged with three runs over four innings.

Angels: RHP Cam Bedrosian was placed on the 10-day injured list with a right abductor strain. Bedrosian has appeared in four games, giving up one run in 4 1/3 innings. The Angels recalled Kyle Keller from the alternate training site.

Mariners: RHP Kendall Graveman went on the 10-day injured list with a neck injury he aggravated in his last two starts, both losses. Servais said RHP Nick Margevicius, a former starter, could get Graveman?s rotation spot on Saturday. He plans to keep Seattle on a six-man rotation. The Mariners also selected RHP Joey Gerber, who made his major league debut with a 1-2-3 inning, recalled LHP Taylor Guilbeau and optioned Zac Grotz to the alternate training site.

Angels: Offseason signee RHP Julio Teherán is expected to make his debut for the Angels.