Toronto Blue Jays outfielder George Springer has spent the last few seasons settling into his new home north of the border. The outfielder joined the Canadian-based ball club after spending his first seven MLB seasons with the Houston Astros.

While those Astros teams were highly successful, baseball fans heavily scrutinized their accomplishments after the infamous cheating scandal broke out. While Astros players became MLB's public enemy No. 1, not everyone was calling for the player's heads (and banging trash cans to make fun of them).

Still, with his contract expired, Springer opted to leave Houston and sign with the Blue Jays, bringing on the next chapter in not only his life but that of his wife, Charlise Kristine Castro.

RELATED: Who is Alex Bregman's Wife?

George Springer has been married to his wife Charlise Springer (nee Castro) since 2018, having tied the knot at a ceremony at Pelican Hill in Newport Beach, California. Springer proposed to her in 2016 in San Jose del Cabo, Mexico while the pair enjoyed a beach vacation.

The pair just recently welcomed their first child in early 2021, posting a photo of their newest family member to social media for the first time in February.

While the MLB player isn't active on social media, Charlise posts pics of the couple together to Instagram. Whether it's a night out on the town in Texas or celebrating Springer's achievements as a baseball player, she's right there by his side.

She was a softball player throughout all of her life. She grew up in New York and was raised by her parents Jenelle and Angel, alongside her brother Andre Castro. She reportedly met Springer while playing softball internationally as a Puerto Rican national team member at the 2012 World Cup of Softball. Before earning the honors of playing for Puerto Rico's national softball team, Castro was a volleyball and softball star at Kingston High School.

Charlise played college softball at Maryland Eastern Shore, where she earned Mid-Eastern Atlantic Conference Rookie of the Year honors. She then transferred to the University of Albany. She was named the 2012 American East Conference Player of the Year after winning the league's Triple Crown.

Despite playing in the Olympics and receiving various offers to play professional softball, she turned down a future career to pursue a career as a personal fitness trainer. 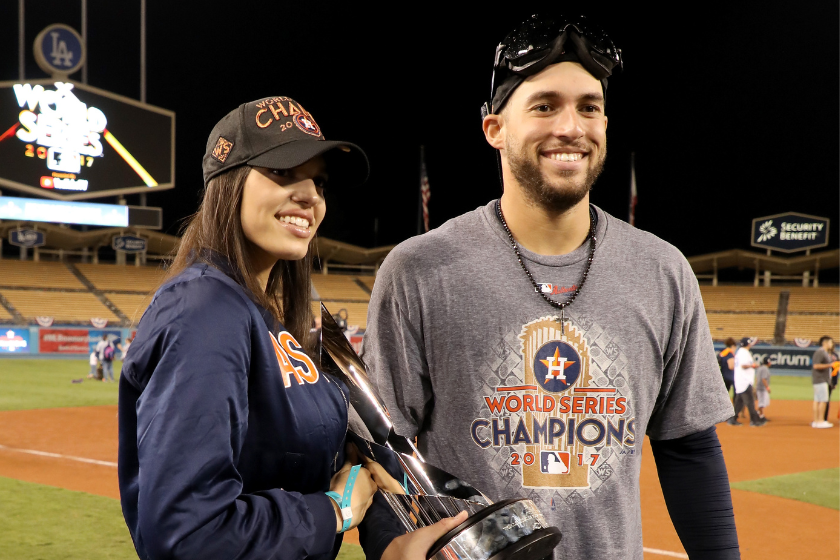 George Springer was born and raised in New Britain, Connecticut, to parents George and Laura Springer. He has two sisters, Lena and Nicole. Athleticism is in Springer's blood; his father played in the 1976 Little League World Series while his mother was a highly-regarded gymnast.

Springer played high school baseball at New Britain High School before taking his talents to the University of Connecticut. He earned All-American honors and was named Big East Player of the Year in 2011.

Springer was selected in the first round (11th overall pick) in the 2011 MLB Draft by the Houston Astros. After working his way up through the minor leagues, Springer made his Major League Baseball debut in 2014 against the Kansas City Royals.

Since debuting, Springer has made three American League All-Star teams and won two Silver Slugger awards. Additionally, he won the World Series (albeit controversially) in 2017 against the Los Angeles Dodgers and was named World Series MVP.

Perhaps one day, Springer will win Most Valuable Player for the regular season, but first he needs to help the Blue Jays reach the ALCS in the postseason.

Throughout his career in Houston, the Astros outfielder launched 174 home runs and drove in 468 RBIs. He joined the Toronto Blue Jays on a six-year, $150 million deal ahead of the 2021 season, marking a significant change for him and Charlise.

No matter what city (or country) George Springer plays in, he'll always have his loving wife by his side.

This article was originally published on July 9, 2021, and has been updated since.