Maniac Eats Mayo on a Hot Summer Day, And Everyone is Baffled 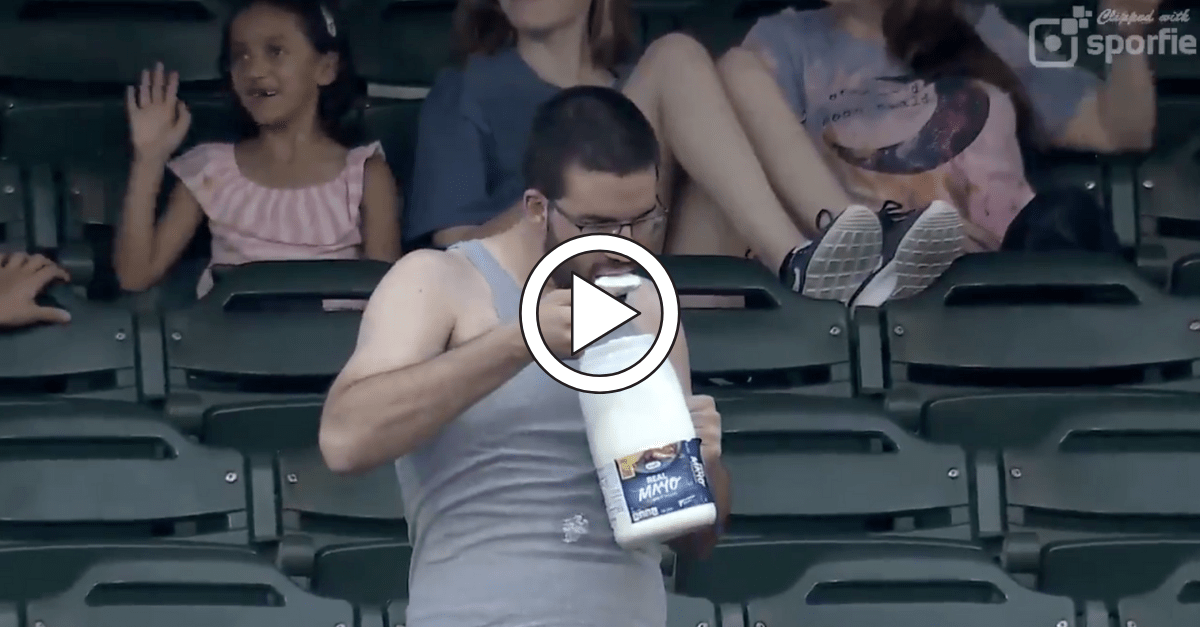 Nothing beats a summer day at the ballpark, and every trip brings a unique experience. One day, you might see a Major League Baseball catcher get amazing news from his wife. The next, you could feast your eyes on the worst first pitch in baseball history. And if you’re really lucky, you could attend the same game as a mayonnaise-eating lunatic on an 88-degree afternoon.

It all started with a tweet. The Memphis Redbirds — the defending national champions and Triple-A affiliate of the St. Louis Cardinals — hosted the Las Vegas Aviators on Father’s Day. Early in the game, the Memphis Twitter account spotted a man. But he wasn’t just any man. He was the strangest, most mysterious baseball fan you’ll see this season. Hell, maybe ever in your life.

This guy was eating a jar of mayonnaise with a giant spoon on a hot summer day. ALL. GAME. LONG.

Thankfully, the Memphis social media team was on the case, documenting this maniac’s every move as he went to town on a gallon of mayo like it’s something normal people do.

Hold the phone. What is he eating? pic.twitter.com/9T3qKzlgDK

Right, right, he might not have been in the right seat.

But is that our biggest question??? 🤢 pic.twitter.com/TH2icAM4Nb

I’ve seen a lot of weird things happen when it comes baseball. I’ve seen one MiLB team rename themselves after a cheese sandwich. I’ve watched an umpire remove a moth from his ear. I’ve actually seen Alex Rodriguez taking a dump.

Never have I seen The Lone Ranger walking around grubbing on mayo for hours on end. I don’t know how he smuggled this tub into the ballpark, or what concession stand worker thought it was a great idea to sell him it. At the very least, I pray this guy went home, took a long look in the mirror, considered what he’d just publicly done, then proceeded to brush his teeth.

READ MORE: The San Diego Padres Killed a Bunch of Bees, and People are Pissed