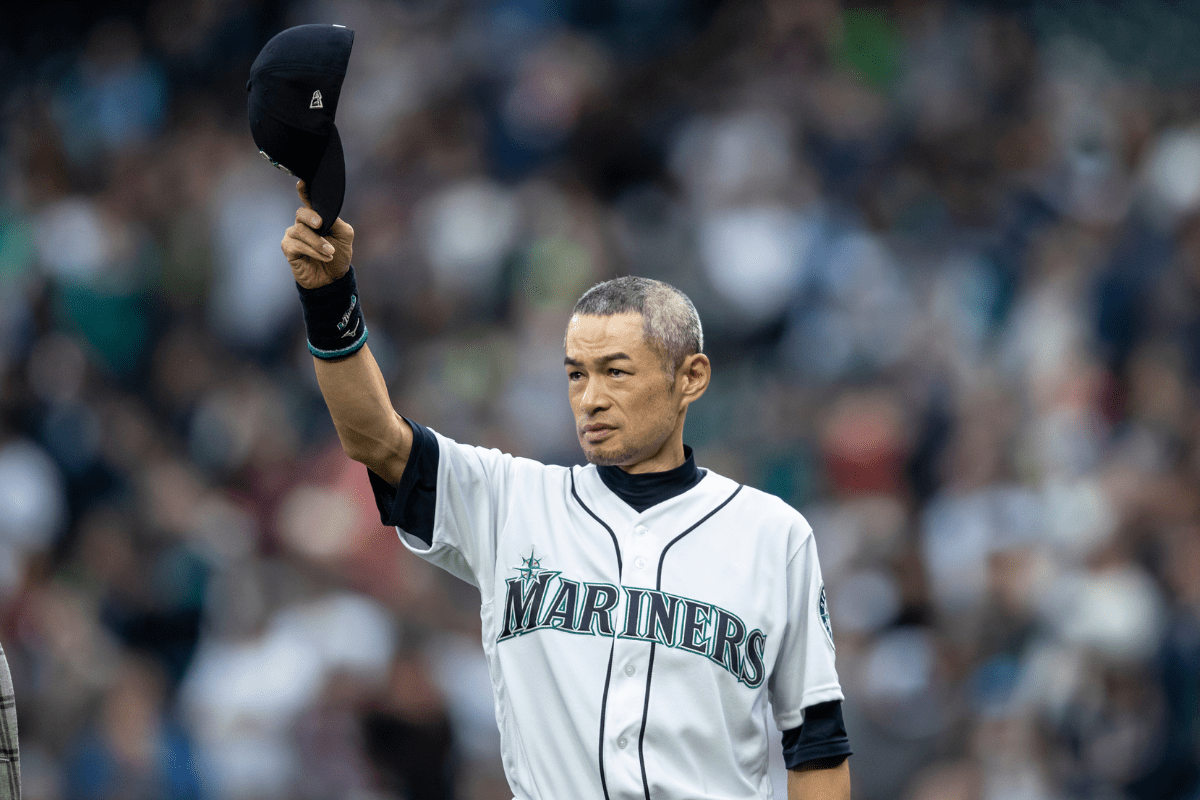 Some people are “one name” famous. Amongst baseball fans, Ichiro is one such name. It’s whispered with reverence in Seattle. They know the name in New York and Miami, too. But no one knows Ichiro like Japan.

Ichiro is a fairly common name in Japan. Ichiro means “first son” and is not totally uncommon among first-born males. But Ichiro is more than his family’s first son. He’s the First Son of Japanese Baseball.

Ichiro Suzuki began his baseball career in his home country. He hails from Kasugai, a small town in the Aichi prefecture near Toyoyama and Nagoya. The hits Ichiro recorded in Japan catapulted him into Major League Baseball history.

Ichiro was well-liked and well-paid throughout his career, in Japan and beyond. The baseball outfielder is routinely listed as one of the richest baseball players in the world.

When you see his net worth, you’ll see why.

Ichiro Suzuki was born on October 22, 1973, in central Japan during the island nation’s famous 1970’s energy crisis. The crisis sharpened the instincts of a nation already known for efficiency. Ichiro, if anything, was always efficient.

Efficiency in baseball bled into Ichiro’s personal life from a young age. By the time he reached high school, his training regiment had gone way beyond the point of “just for fun.” But Ichiro Suzuki’s goal was to be a professional baseball player. So that’s what he concentrated on through years of strenuous practice under the hawk-eye of his hovering father.

Ichiro’s hard work paid off when he got his start in Japan’s Nippon Professional Baseball (NPB) Pacific League in 1992 with the Orix Blue Wave. Ichiro spent the next eight seasons becoming one of the Pacific League’s top hitters, winning Japan’s Golden Glove and flashing his MLB All-Star potential.

In 2001, on the advice of Michael Jordan, Ichiro crossed the Pacific and joined the Seattle Mariners in Major League Baseball.

Signing with the big leagues meant a big bump in the Japanese legend’s big net worth.

The NPB and Hit King Debate

A brief aside that has nothing to do with net worth.

Ichiro collected 1,278 hits in the NPB, averaging nearly 160 per season. These hits are lumped in with his MLB hit total (3,089) when crowning Ichiro as The Hit King at 4,367 career hits.

The Hit King is a made-up title grown men argue about to reassure themselves. The crown counts career hits in professional baseball. Minor leagues and professional foreign leagues included. But…

Anything said in defense of Pete Rose is debatable, especially this argument. Here’s a fact to consider when reflecting on the talent disparity between the NPB and the MLB: Ichiro cracked 153 hits during his last year in Japan and 242 hits the next year in America. So, the point seems moot.

Though Pete Rose fans may disagree, at least Ichiro did what he did without any suspicions of cheating, ever, regardless of his level of competition. That’s why Ichiro is The One True Hit King. But back to his net worth.

Bear in mind, this was his FIRST TRY in baseball’s most talented league. Most MLB players never get any of those awards. Ichiro collected them in a single season while adjusting to a new league, country, and language. The American League’s new Most Valuable Player was putting the entire league on notice, and they liked what they saw.

He never won MVP again, but he did finish tops in voting for the MVP awards over the next three years. He spent his first decade in the MLB as an All-Star every single year. He was so popular in Seattle that Death Cab for Cutie’s Ben Gibbard wrote a song for Ichiro and Safeco Field still sells concession “Ichirolls” in his honor.

But like any good hitting streak, all good things must come to an end.

The year 2012 called for a change-up in Ichiro’s career. He joined Derek Jeter, Alex Rodriguez, and the rest of the New York Yankees halfway through the season. Ichiro and the Yanks almost made the World Series that same year before being swept by Miguel Cabrera and the Detroit Tigers in the ALCS. It was the closest Ichiro ever came to baseball’s holy grail.

The fielder moved south to join the Miami Marlins from 2015-2017 before returning to Seattle in 2018. Ichiro stepped back from a playing role that season and officially retired a Mariner in 2019.

By that time, Ichiro’s legacy as one of the greats was already set in dollar bills.

There was no CGI used in the above ads for Sato Pharmaceutical in Japan (really, watch the whole thing). Ichiro is just a human cheat code, one that money was sure to follow.

Through years of contract extensions, bonuses, and endorsement deals, Ichiro has saved quite a bit of cash, despite some illegal tax dealings by his now-estranged father. Ichiro’s net worth checks in at a whopping $180 million.

Ichiro made nearly $170 million in MLB, which means he made approximately $55K per hit in The Show. Talk about swinging for the fences.

The on-baseman married TV personality Yumiko Fukushima in Los Angeles, California, right before Y2K. The couple does not have any children, which helps save money.

The Legend of Ichiro

Ichiro Suzuki will be remembered by baseball fans as one of the biggest talents who spoke the softest. He always spoke to the press with a translator. But to his teammates and competitors, Ichiro spoke often, easily, and hilariously in multiple languages.

The legend of Ichiro’s tongues goes against the reserved player fans loved on the field. Ichiro was always in control, from warm-ups to the ninth inning. Ichiro threw out his fair share of runners (sorry about this, Albert Pujols), but he was only thrown out once during his entire NPB & MLB career.

Most professional baseball fans agree on two things about Ichiro: he could’ve hit more home runs than he chose to and that he will be a first-ballot Hall of Fame vote. Japan’s First Son of Baseball is sure to be Japan’s first Hall of Famer, too.

As it stands today, he is Japan’s richest baseball player of all time.

MORE: Albert Pujols’ Net Worth: How Rich is “The Machine” Today?