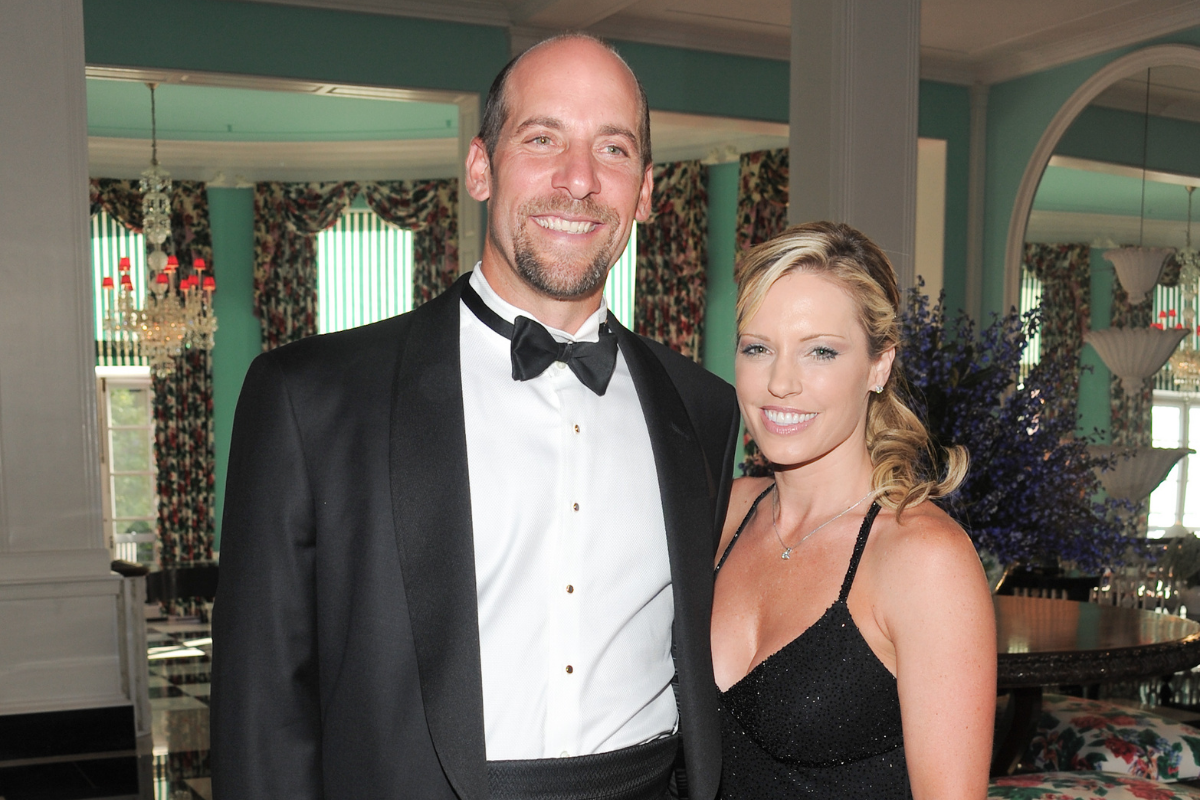 Hall of Famer John Smoltz had an illustrious career with the Atlanta Braves, dominating opposing major league hitters for 21 seasons as both a closer and a starter. The eight-time MLB All-Star racked up 213 wins alongside an impressive 154 saves throughout his career.

Smoltz’s last year in professional baseball came in 2009 at the age of 42 following brief stints with the Boston Red Sox and St. Louis Cardinals. After stepping away from the playing field, Smoltz transitioned swiftly to the broadcast booth, where he now works as a Lead MLB Analyst for Fox.

While Smoltz?s impressive career is well known among baseball fanatics, his married life is a bit less common knowledge.

John Andrew Smoltz was first married to Dyan Struble. The couple tied the knot in 1991 after meeting at the OMNI Hotel in Atlanta. They had four children together: John Andrew Jr., Carly Maria, Kelly Christina and Rachel Elizabeth Smoltz.

John and Dyan divorced in 2007, putting an end to their 16-year marriage.

The former baseball pitcher and Struble were a well-known partnership within the Atlanta community, having founded the John and Dyan Smoltz Foundation, which focused to support Christian agencies and churches, elementary and secondary education and supply food and hunger relief.

Both have since remarried.

RELATED: Frank Thomas Gave Love a Second Chance & is Happier Than Ever

Two years after splitting with Dyan Struble, Smoltz found himself head over heels once again, this time to Kathryn Darden, now Kathryn Smoltz. Darden and Smoltz have enjoyed 11 years of marriage, having tied the knot at a small ceremony in Georgia in 2009.

The pair met on a blind date at a Taco Mac restaurant in downtown Atlanta and hit it off immediately. Darden has two children from a previous relationship.

Neither Darden nor Smoltz appear to be active on social media.

The Waverly High School graduate has built quite the impressive fortune through his playing days, endorsements and work as an analyst. The former MLB player boasts an estimated net worth of $60 million, according to Celebrity Net Worth.

Smoltz’s house at 700 Foxhollow Run within the gated Greystone Community in Milton, Georgia was on the market for some time. It was listed for $5.2 million as late as last year.

Smoltz, a Warren, Michigan native, pitched 21 seasons in Major League Baseball, 20 of which he spent in Atlanta becoming arguably the most decorated Braves pitcher of all time. He was initially drafted by the Detroit Tigers, but was traded to Atlanta in 1987.

At age 28, Smoltz was a key cog in the Braves playoff squad that won the 1995 World Series. The right-hander earned National League Championship Series MVP honors after his stellar performance on the mound in the postseason series.

Smoltz went on to become the National League Cy Young Award winner in 1996, a season during which he struck out a league-best 276 batters and won 24 games, the most by an NL pitcher since 1972. He became the second pitcher in major league history, next to Dennis Eckersley, to have recorded both a 20-win season and a 50-save season. Smoltz was a key part of the Braves’ fearsome pitching rotation and a member of the celebrated trio made up of himself, Tom Glavine and Greg Maddux.

The Hall of Famer dealt with a plethora of injuries throughout his career, yet still flourished into one of the greatest starting pitchers and baseball players of all time. He was forced to miss his entire age 33 season after undergoing Tommy John surgery in 2000. When he returned to the mound, the Braves opted to utilize him as a closer. Smoltz spent four seasons in a relief role and excelled. He racked up 154 saves during that span and won a Rolaids Relief award in 2002.

The 2005 season was a big year for Smoltz as well. The right-hander set the NL record with 55 saves (broken a few years later by Francisco Rodriguez) and was presented the Roberto Clemente award, something he considered a great honor.

Throughout his entire 19-year tenure in Atlanta, Smoltz recorded an ERA above 4.00 just once and, when healthy, was one of the most reliable pitchers in baseball, both as a reliever and starter. His achievements were exemplified when he was inducted into the Baseball Hall of Fame in 2015.