Philadelphia Phillies catcher J.T. Realmuto is one of the best in the game at his position.

The backstop, who was formerly with the Miami Marlins, has become a staple in the Phillies lineup since joining the team in 2019.

While Realmuto protects home plate at Citizens Bank Park, he has someone covering and protecting his own home -- his wife Lexi. 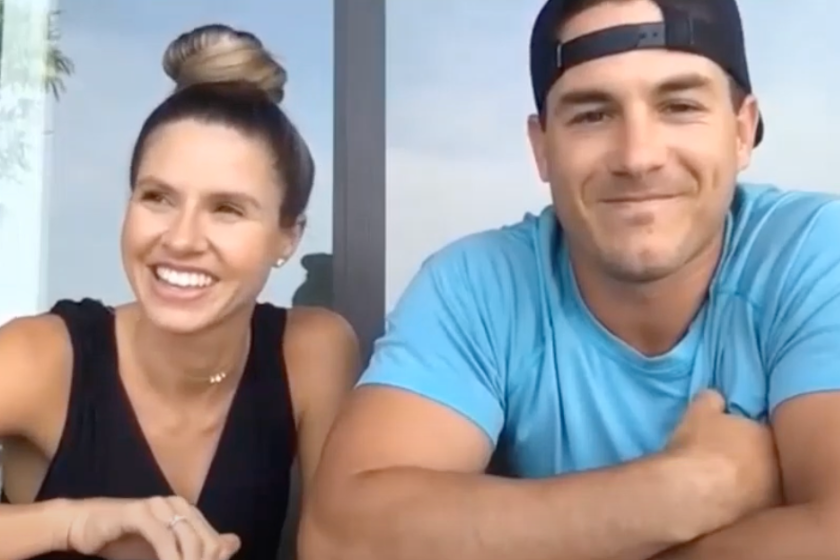 Jacob Tyler Realmuto married his wife Alexis T. Realmuto in 2016. They tied the knot at a ceremony in Tybee Island, Georgia.

Lexi announced her pregnancy with Willa Mae via social media, posting a photo of her baby bump which was captioned, "Today I am celebrating BIG time that Jake & I are bringing a child into this world!! It is super cool to know that my beach buddy and daddy's best friend is growing each day. ? 1 Samuel 1:27-28"

According to reports from playerwives.com, Alexis Taylor is believed to have been a Dallas Cowboys cheerleader and also reportedly worked as a model and club promoter in Miami. However, those reports have not been confirmed.

Faith takes a central role in the Realmuto family. Every morning, the Realmuto's listen to worship music and spend at least one night a week with all of their technology turned off so the family can "focus on God." "We've realized the more we've been changing, knowing that He remains the same," Lexi said in an interview. "Especially with this pandemic, we don't know what's next, we don't know what's to come...but we know He's still the same, today, tomorrow, yesterday, and that just helps us." 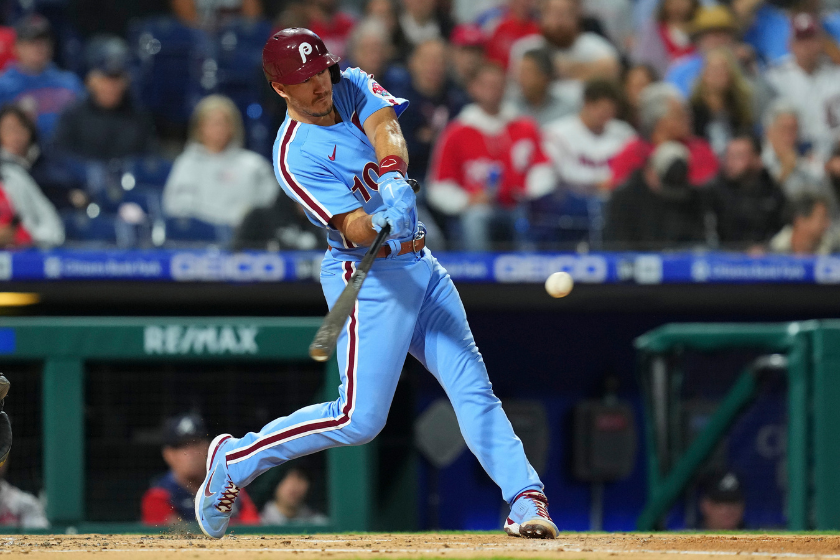 J.T. Realmuto was born in Del City, Oklahoma, and grew up in Midwest City. He was a talented baseball player at a young age and played ball at Carl Albert High School.

Realmuto impressed so much in high school that the Marlins ended up selecting him in the third round of the 2010 MLB Draft.

Despite his prior commitment to play college baseball at Oklahoma State, Realmuto joined the Marlins organization for Spring Training and spent the next four years in the minor leagues. He worked his way up the ranks through Jacksonville, Jupiter and New Orleans.

In 2014, Realmuto made his Major League Baseball debut in a clash with the Tampa Bay Rays, where collected a pair of hits and two RBIs.

What makes Realmuto such is an impactful player to have on a baseball team are his gold glove award-winning, his solid bat and his blazing speed on the base paths. any fan can tell you that professional baseball catchers are not known for their speed, in fact, quite the opposite. You can often see the look of surprise on a shortstop's face when they head over to cover second base as Realmuto slides in, head first.

That's a big change in the game in recent years, especially after the Buster Posey rule stopped players from pretending they were trying out for one of the NFL's football teams when trying to score. Keeping Realmuto healthy and out of harms way has allowed him to keep running like he's Astros second baseman Jose Altuve.

Realmuto played five seasons with the Marlins, hitting 59 home runs and batting .278 across nearly 2000 at-bats during that span. He made one All-Star team and won a Silver Slugger Award in Miami.

In the 2019 offseason, Realmuto was traded to the Philadelphia Phillies for star pitching prospect Sixto Sanchez as well as Will Stewart and catching prospect Jorge Alfaro. The Marlins also received $250,000 in international slot money.

Realmuto signed a five-year contract with the Phillies worth $115.5 million in order to avoid free agency and stick around in the National League East, which teammates such as Aaron Nola and Bryce Harper were very happy about.

Had Realmuto hit the open market as a free agent, he was expected to be sought after by teams such as the Toronto Blue Jays, Washington Nationals and New York Yankees -- all of whom had money to spend that offseason.

He earned his first Gold Glove and second All-Star Game appearance during his first year in Philadelphia. The only thing that was missing on his resume is a postseason appearance, but with the Phillies entering the postseason as an NL Wild Card team, the sky's the limit for J.T!

This article was originally published on June 14, 2021, and has been updated since.