Ken Griffey Jr.’s Net Worth: How Rich is “The Kid” Today? 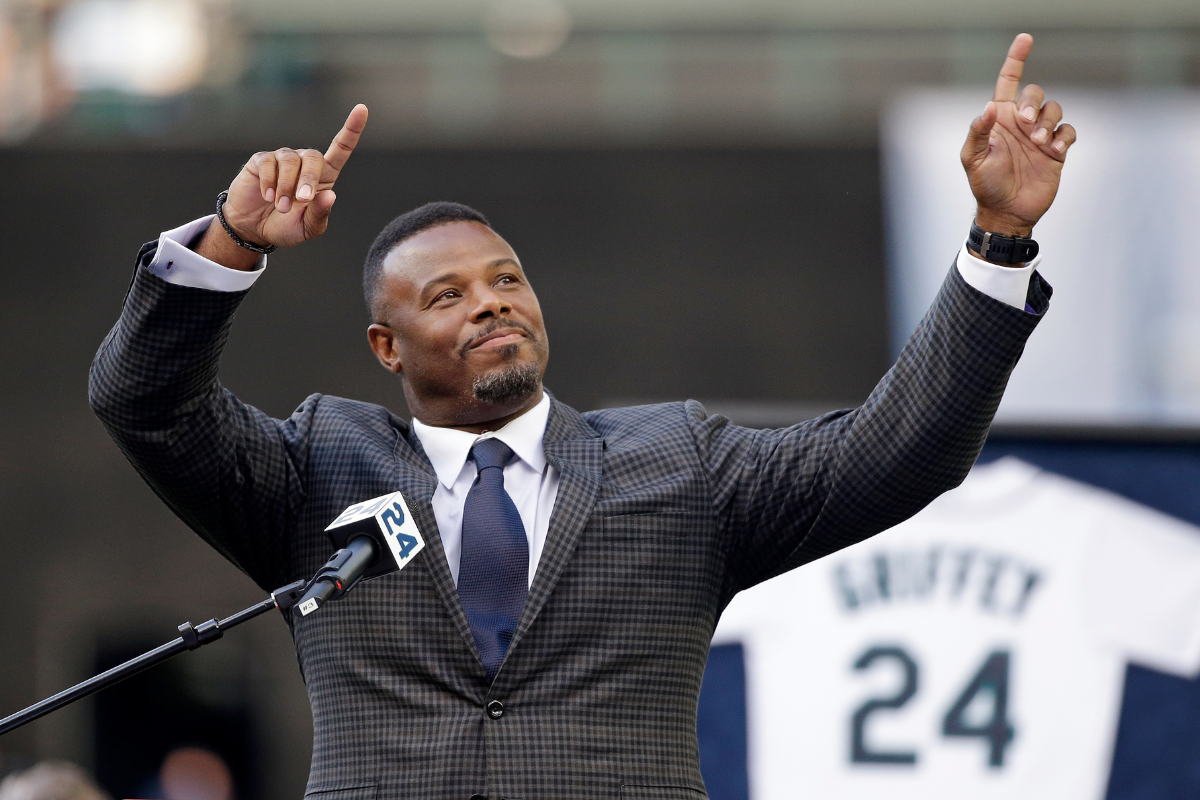 Former Major League Baseball player Ken Griffey Jr. was a fan-favorite the moment he stepped on the scene with the Seattle Mariners.

He spent 22 seasons in the big leagues and suited up for the M’s, Cincinnati Reds, and Chicago White Sox during his illustrious playing career.

Griffey is one of the more decorated players in baseball history, and he made a fortune throughout his days in professional baseball.

So, just how rich is “The Kid” today?

Ken Griffey Jr., who was born in Donora, Pennsylvania, was drafted first overall by the Seattle Mariners in the 1987 MLB Draft out of Archbishop Moeller High School in Cincinnati, Ohio.

He made his MLB debut at just 19 years old in 1989, and his career took off from there. The superstar baseball outfielder played on the same team as his father, Ken Griffey Sr. for the first three seasons of his career.

Griffey would make 10 consecutive All-Star Games with Seattle from 1990-1999, and the slugger won the American League Most Valuable Player Award in 1997 after clubbing 57 home runs and posting a .304 batting average. He also won 10 Gold Glove Awards and seven Silver Slugger Awards with the M’s.

Despite all of Junior’s success in Seattle, the team failed to make the World Series during his tenure. In 1995, the Mariners beat the New York Yankees in the ALDS, but were defeated by the Cleveland Indians in the ALCS. The M’s lost in the 1997 ALDS to the Baltimore Orioles in what was Griffey’s last playoff appearance with the team.

In 2000, Griffey joined the Reds in free agency, where he’d spend the next nine years of his baseball career. He made three National League All-Star teams in Cincinnati, but was no longer producing at an MVP level.

Griffey was traded to the Chicago White Sox in 2008 before returning to the Mariners to finish out his career from 2009-10.

“The Kid” was inducted into the Baseball Hall of Fame in 2016 after a career that saw him become one of the best fielders and home run hitters in the sport’s history.

Having been retired since 2010, Griffey spends most of his time with his family. He’s married to his wife Melissa and has three children: Taryn, Ken Griffey III (who goes by Trey) and Tevin Kendall, the latter of whom the family adopted.

The family is living comfortably, thanks to the former professional baseball player’s monstrous net worth of $90 million.

In addition to his career in baseball, Griffey made money through his endorsement deal with Nike, as well as being the cover athlete for a video game series, Ken Griffey Jr.’s Winning Run.