Kurt Russell’s MLB Dreams Were Killed by a Devastating Injury 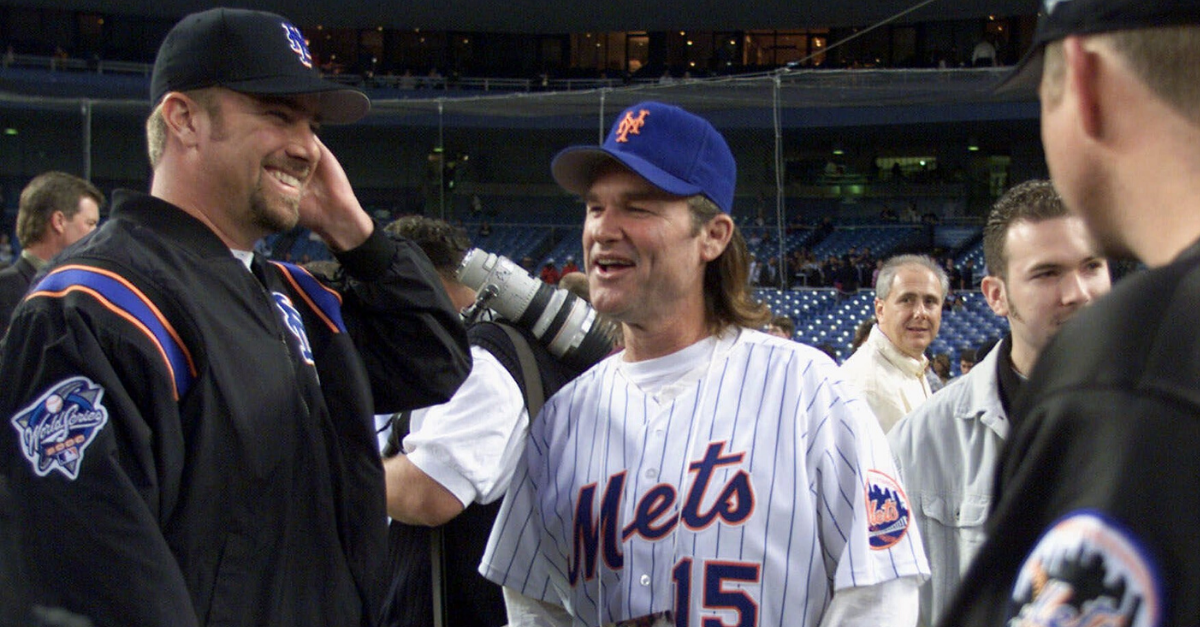 Kurt Russell is one of the most popular actors of all time. The 68-year-old Hollywood film star has been acting for almost 60 years since receiving his first role in Dennis the Menace in 1962. Since then, Russell has donned an eyepatch as Snake Plissken in Escape from New York (1981), portrayed a western lawman in Tombstone (1993) and coached the United States Olympic hockey team in Miracle (2004).

Russell also has some pretty famous family members. His father, Bing Russell, was an actor. His wife, Goldie Hawn, was a successful Academy Award-winning actress. Hawn’s daughter, actress Kate Hudson, said she considers Kurt Russell her father. Acting is in Russell and everyone else in his family’s blood.

Except it’s not. Baseball is.

While launching his acting career, Kurt Russell was also an All-Star minor league baseball player. He was on track for a call-up to the MLB before a serious injury derailed his professional sports dream and forced him into acting full-time.

A young Kurt Russell getting his baseball signed by Willie McCovey. pic.twitter.com/s0P5RyvAn6

Kurt Russell was introduced to America’s Pastime by his father. Bing Russell played baseball for the Carrollton Hornets in the Georgia-Carolina League and was close friends with New York Yankees figures like Joe DiMaggio and Lefty Gomez after growing up near St. Petersburg, Florida — the home to the Yankees’ Spring Training complex.

Bing Russell’s baseball career fizzled out after he was hit in the head, so he made a name for himself acting and was famous for his role in “Bonanza”. Still, Bing’s first love became his son’s first love.

“My mom didn’t have a backyard with a pool and beautiful grass and trees. Our backyard was a batting cage. It was how I grew up,” Russell told NPR. “I just happen, you know – our other business was the picture business and television. That was how he made his living, and that was how I later started, you know, to make my living. But baseball was always the family business.”

Russell grew up in Thousand Oaks, California, and played baseball for Thousand Oaks High School in the 1960s. He was a Disney star and had already appeared in numerous movies by the time he graduated high school in 1969. People were well aware of his name.

Russell’s on-field abilities garnered interest from Major League Baseball teams like the Angels, Cardinals, Giants and Twins. In 1971, he signed with the Northwest League’s Class A Short Season Bend, which were a new team owned by the California Angels.

One former teammate of Russell’s, Tom Trebelhorn, had high praise for the actor and ballplayer. Trebelhorn managed the Brewers and Cubs in the 1980s and 1990s.

“He was a lot like me … just a smart player,” Trebelhorn told MiLB.com. “Kurt knew the game, he played it well and was a good teammate. He was a switch-hitter who could handle the bat pretty well and he just loved to play the game. He had a real passion for it.”

Kurt Russell gets tips on bunting from actor and father Bing Russell. Kurt would one day play his way up to Double A baseball! pic.twitter.com/WJSf4TAu0f

Russell was progressing through the minor league ranks well while still acting in movies. He was called up to Double-A El Paso in 1973 and was off to blazing start to the season before a freak injury took place.

Russell was turning a double play at second base when the runner from first blasted him. The impact caused some pretty bad pain in his right arm.

Torn rotator cuff. The words no baseball player ever wants to hear.

“The doctor ran some tests, looked at me and he said, ‘Aren’t you also an actor?’ I said, ‘Yeah,’ and he said, ‘Well, you’re an actor all the time now,” Russell told MiLB.com. “I sat there about 10 minutes, not knowing what to do. I was just devastated.”

Kurt Russell’s baseball career wasn’t quite over just yet, but it didn’t last much longer.

When Bing Russell bought a minor league team, the Portland Mavericks, Russell played for his father’s team while also serving as the independent team’s vice president. Bing’s Mavericks were renown for their silly antics, went on to set minor league attendance records despite playing independent baseball, and were the subject of the 2014 Netflix documentary “The Battered Bastards of Baseball.”

Russell, one of those battered bastards, hit just .229 in 23 games with the Mavericks in Oregon. Four years later, he officially called off his professional baseball career and focused solely on acting.

Russell wasn’t the last in his family to give baseball a go. His sister Jill’s son, Matt Franco, played eight years in the big leagues with the Chicago Cubs, New York Mets and Atlanta Braves.

Kurt Russell would go on to star in movies like Elvis (1979), Overboard (1987), Breakdown (1997) and Bone Tomahawk (2015) while becoming a household name in Hollywood. His baseball career may not have panned out the way he wanted, but it’s safe to say actor Kurt Russell did OK for himself.