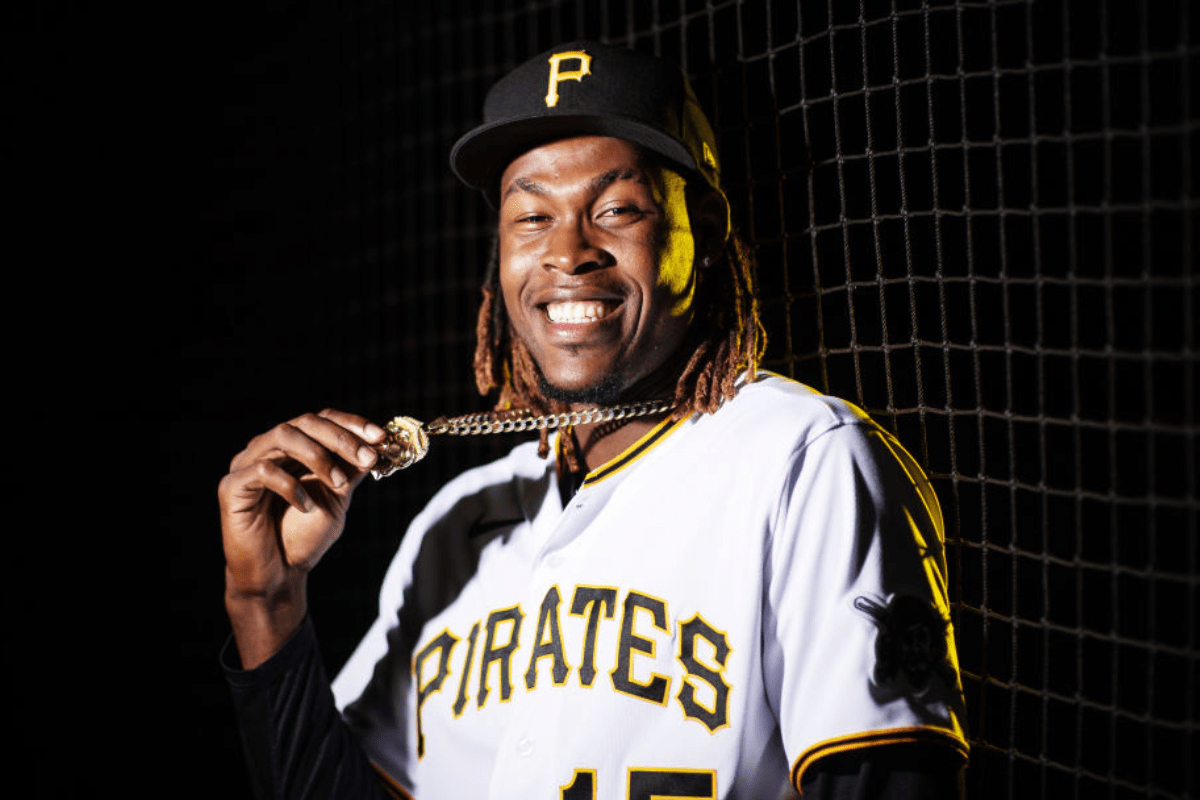 The Pittsburgh Pirates have suffered the second-most losses (2,526) among all MLB teams since 1993 — the year prior, 27-year-old Barry Bonds was named National League Most Valuable Player for the second time, waltzed into free agency, and gobbled up a then-record $43.75 million contract from the San Francisco Giants. Let’s just say, things have not improved since. I helplessly watched as the club suffered 20-straight losing seasons from that point (still a record among the “Big Four” U.S. sports) before the 2013 season and fabled Johnny Cueto Wild Card Game. A few short years later, the club returned to mediocrity, selling off its better assets once again and resorting to “we are rebuilding” narratives to keep fans satiated and buying tickets to PNC Park, annually ranked among the best venues in Major League Baseball. “Back to square one” might as well be the club’s defining maxim.

Towering at 6-foot-7, Oneil Cruz, a Nizao native of the Dominican Republic, is an athletic anomaly unlike anything professional baseball has ever seen. No shortstop in MLB history is taller, but Cruz is more than just a big body. The 220-pounder turns 24 in October 2022, and baseball pundits everywhere are nearly unanimous that Cruz’s bat speed, power, arm strength, and God-given talent can transcend the status quo of a traditional “ball player” if he puts it all together, much like fellow 6-foot-7 slugger Aaron Judge is doing for the New York Yankees.

In just his second MLB game, Cruz golfed a 408-foot home run over PNC Park’s right field wall with a swing as easy as Sunday morning. After being recalled from Triple-A Indianapolis to make his long-awaited 2022 debut on June 20, Cruz became one of the country’s trending topics on Twitter within an hour. In those first three innings against the Chicago Cubs, Cruz hit a baseball 112.9 miles per hour (the hardest by a Pirate all season), reached a top sprint speed rounding second base of 31.5 feet per second (among the fastest clocked times in MLB this year), and threw out Willson Contreras with a 96.7 miles per hour missile following a ground ball to short — it was the hardest throw of any MLB infielder all season and the hardest by a shortstop dating back to 2015, trailing only $340-million-dollar-man Fernando Tatis, Jr.

So yeah, Oneil Cruz’s presence alongside All-Star center fielder Bryan Reynolds and third baseman Ke’Bryan Hayes — the highest-paid Pirate of the last two decades — is certainly stirring up the Pirates faithful (myself included) with yet another round of misplaced optimism.

The sad, unfortunate reality is that absolutely nothing Oneil Cruz does can save him from his ultimate destiny.

You see, the truth is that star players and generational talents alone don’t turn professional sports teams from “oh, who do they play today?” sideshows into toast-of-the-town organizations. That requires ownership that truly believes in the process of winning, and most importantly, forks over money and invests in growing the club’s facilities, coaches, training staff, and, obviously, roster. For the Pirates, that responsibility falls to Mr. Robert Nutting. After his family became majority owners in the early 2000s, “Bottom-Line Bob” (as he’s not-so-affectionately known along Pittsburgh’s North Shore) regularly places profits in higher regard than actually fielding a winning ball club. Don’t worry: I have receipts to back it up.

Ex-Pirates Not Re-Signed By The Club

Dating back to Nutting’s ascension to principal owner prior to the 2007 season, the club posted losing records in 11 of 15 seasons, and these former Pirates were either traded or walked in free agency with higher contractual obligations looming. They all evolved into elite players at their position:

You can track it on a sundial: top-rated prospects enter the Pirates’ highly-touted minor league system, ascend to the majors with a chorus of applause and excitement, ultimately arrive at the financial precipice between cheap labor and prized asset, and are replaced with prospects to “aid in rebuilding the club.” Major League Baseball’s salary cap-less system means when generational talents like Oneil Cruz come around, clubs with money to spend lick their chops awaiting free agency and chum the water with trade bait. Look, I love this team and want the best for the Pittsburgh Pirates, but the reality is the Pirates can never be more than a feeder system to big-market teams with bottomless pockets unless ownership invests. Including 2022, Pittsburgh has ranked bottom-five among MLB team payrolls each of the last five seasons and hasn’t climbed out of the league’s bottom-third since 2003.

Money talks, which is why the clock on Oneil Cruz’s long-term future as a Pirate is already ticking.

A sliver of hope rests with General Manager Ben Cherington, who won three World Series in the front office of the Boston Red Sox, serving as GM during the club’s 2013 title run. Cherington’s pedigree injects optimism into the Pirates as he enters Year Three building the club’s roster, but unfortunately, it isn’t Cherington who’s signing checks and dolling out millions for roster support.

Yes, Oneil Cruz has a lot to prove before any nine-figure contracts are laid in front of him. He needs to continue developing and cut down on fielding errors plaguing him — as a pro player between the minors and majors, Cruz has a whopping 144 fielding errors across 445 starts at shortstop (353) and third base (92). Cruz boasts highlight-reel talent rarely seen wearing Pittsburgh black and gold; consistency is unknown just a few games into his MLB career, but talent is not. The biggest question that remains is if the Pirates will break their habits and extend Cruz into his late 20s and early 30s, where good prospects truly become great MLB players.

MLB.com ranks Oneil Cruz as the No. 3 prospect in the Pirates system, with second baseman Nick Gonzales (7th overall pick in 2020) and catcher Henry Davis (1st overall pick in 2021) sitting Nos. 1 and 2, respectively, as they develop with Double-A Altoona. Cruz figures to be a staple in the Pirates clubhouse for at least the next few seasons. Frankly, I want Cruz to get every dollar he deserves when the time comes, but if he progresses into the All-Star-caliber pillar most baseball heads believe he will become, don’t just expect ol’ Bob Nutting to open his checkbook and ink Cruz to the monster bucks he may ultimately be worth.

Eh, just another day in the life of a Pittsburgh Pirates fan.

MORE: How Much Do MLB Umpires Actually Make?