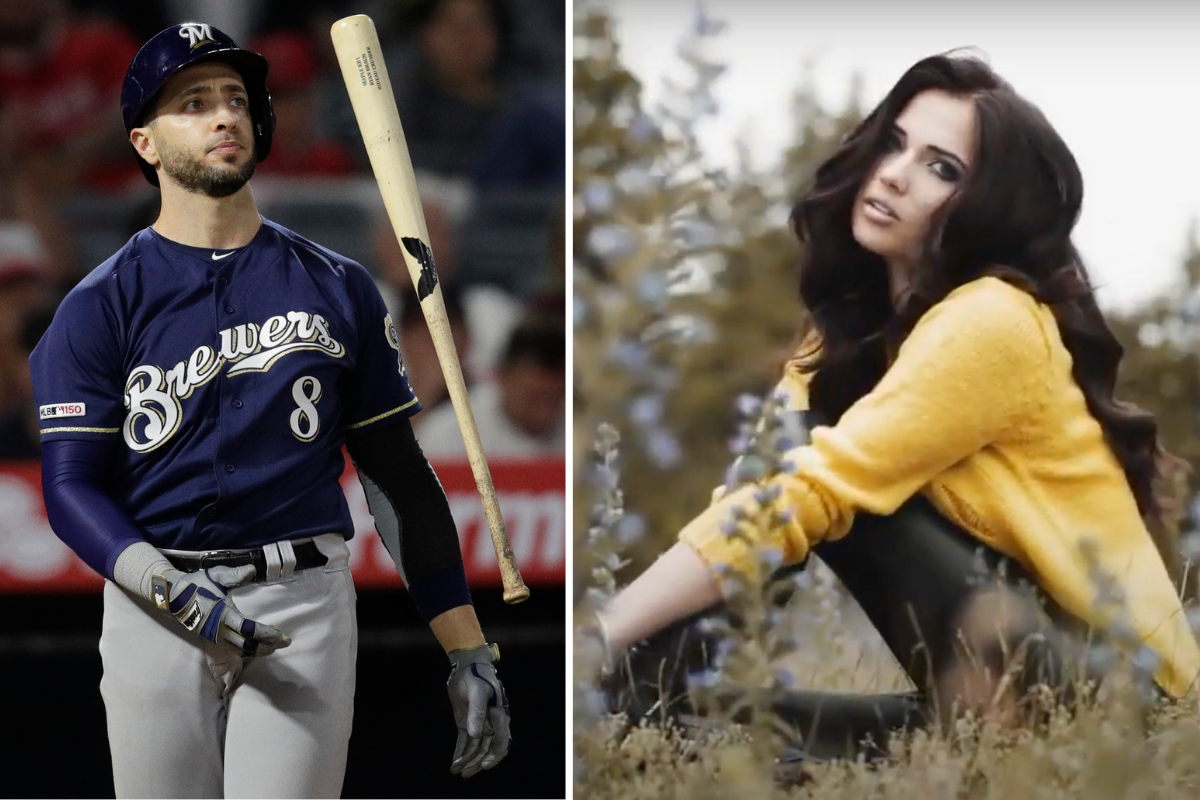 Ryan Braun is one of the more decorated players in Milwaukee Brewers franchise history, having spent his entire 14-year career with the Brew Crew in Wisconsin.

Currently a free agent, it seems the slugger’s days at Miller Park may officially be over, but he’s hoping to latch on with a new club for another go around in 2021.

No one will be hoping to see Braun find a new MLB home more than his loving wife, Larisa Fraser.

Ryan Braun and Larisa Fraser have been married since December 2013. The couple started dating in 2011, and tied the knot a couple years later. They have three children together, daughter Celine Elysse Braun and son Greyson, as well as a third child, a baby boy, whom they welcomed in 2020.

Larisa Fraser is a fashion and lingerie model who has featured in various notable publications, including GQ. She was born in Toronto, Canada but moved to the United States early on in her childhood.

Fraser grew up in Alpine, Utah and attended Lone Peak High School before enrolling at the University of Utah.

Braun, on the other hand, grew up in Los Angeles, California and attended the University of Miami, where he was named a two-time All-American college baseball player.

The Milwaukee Brewers drafted Ryan Braun in the first round of the 2005 MLB Amateur Draft as a third baseman. He rose quickly through the minor leagues, making his MLB debut in 2007, when he won NL Rookie of the Year.

Braun spent his entire 14-year career thus far in Milwaukee, making six National League All-Star teams and winning the National League’s Most Valuable Player award in 2011. Braun spent just one season at third base in Milwaukee before transitioning to become an outfielder, proving his worth as one of the better left fielders in the game.

Later on in his career, Braun became a first baseman, no longer able to patrol the outfield like he once could.

His career is not without controversy, however. In the offseason following his stellar 2011 campaign, Braun tested positive for elevated levels of testosterone, and in 2013 was linked to the Biogenesis clinic, which reportedly distributed performance-enhancing drugs to Major League Baseball players.

Per Yahoo!, Braun’s name appeared three times in Biogenesis’ records. He was suspended a total of 65 games for the two incidents, all of which he served in 2013.

Braun’s final season in Milwaukee came during 2020, in the MLB season shortened by the coronavirus pandemic, though it nearly ended back in 2017 after trade rumors began circulating during Spring Training.

Braun, who had a no-trade clause, admitted the only team he’d lift the clause for was the Los Angeles Dodgers, whom he grew up a fan of. No trade ever materialized, however, and Braun remained in Milwaukee.

MORE: NBA Superstar Steph Curry’s Wife Built a Culinary Empire on Her Own