Houston Astros outfielder/designated hitter hybrid Yordan Alvarez woke up one morning and realized something. You don't have to strike out when you step up to the plate, instead, you can just smash the ball into the upper deck of whatever ballpark you're playing in.

Of course, this is speculation, but the fact of the matter is that the former Rookie of the Year is hitting the ball at an outrageous clip pushing his MVP candidacy to new heights. On a team with young stars like Kyle Tucker and Jeremy Pena, Alvarez is taking center stage and he gets set for a potential Home Run Derby appearance at the 2022 All-Star Game.

So naturally, we're going to speculate wildly about just how far Alvarez's hot streak can take him. Even if that means comparing him to the greatest home run hitter of all time. 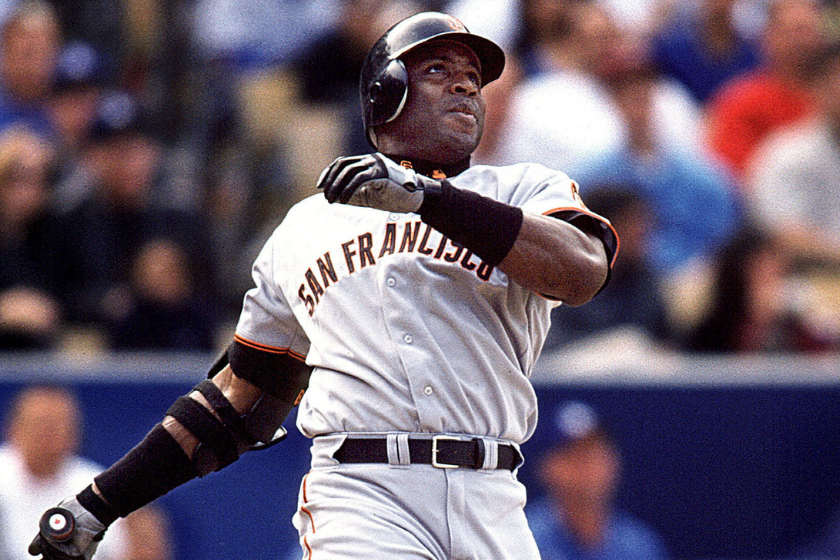 RELATED: Barry Bonds Belongs in the Hall of Fame. No Question.

Barry Bonds' 73 home run season in 2001 is mired in controversy. There's the steroid argument, the personality issues and most importantly, the dark cloud that hung over Bonds' accomplishment following the 9/11 terrorist attack in New York City. Most baseball fans remember the 1998 Home Run race between Sammy Sosa and Mack McGwire with more warmth than that of Bonds' triumphant long ball season. But that shouldn't stop us from using his pacing as the gold standard for moonshot glory.

In the first half of the season, Bonds unleashed 39 home runs off opposing pitchers, more than most MLB players will hit in their career-high season totals. However, Bonds faltered in July hitting only six home runs in a long ball drought. From June 24 to July 24, Bonds only left the yard three times. This is where Yordan can catch up to Barry. 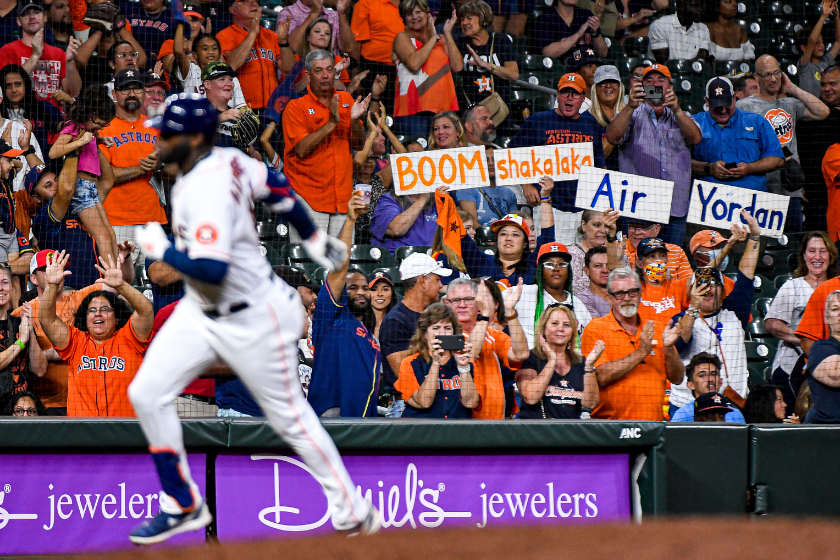 RELATED: Sammy Sosa Once Broke An Apartment Window With a Walk-Off Blast

Through the first three months of the 2022 season, Yordan Alvarez hit 23 home runs, a far cry from Bonds' 39. And while that 39 homer mark is wild, it's possible that Yordan can catch up in July. All he needs to do is hit home runs at a similar clip to that of his bombs' exit velocity.

Sammy Sosa owns the record for most home runs hit in a month with 20, the month that put him squarely into the home run race back in 1998. If Yordan can channel that energy and even hit 15 homers in July, he'll end the month five homers behind Bonds with two months of the season to go. It's possible, but Yordan will have to turn up the juice down the stretch.

The only thing Alvarez will have to dodge are intentional walks, something that Bonds also had to deal with in the latter years of his career. When the Astros faced the New York Mets for four games in the first half of the 2022 season, the Mets got heat for refusing to walk Alvarez. Why did the Mets catch flak for this decision? Because Alvarez was murdering them at the plate, as the American League power hitter mashed his way to a .462 batting average, 1.385 slugging percentage and an instance 1.973 OPS, with four home runs and six RBIs in their four games. Do you understand why Mets fans may have been upset?

In order for Alvarez to reach the 70-home run mark, he'll need to turn on the jets in the second half of the season and hit 16 home runs in each of the remaining three months, before Houston makes its annual postseason appearance. Is it doable? Sure, but Alvarez needs to stay hotter than Hades to do it. Aaron Judge, the New York Yankees slugger, has already cooled off a touch since signing his arbitration agreement with the Bronx Bombers.

Home run hitting is a delicate activity. While it seems bombastic on the surface, the smallest, slightest mistake can lead to a slump or a change in a hitter's swing. Yordan Alvarez is currently nine home runs behind Bonds' pace and if he can stay hot, he'll be able to catch the Giants slugger.

But for now, all we can do is sit, wait and watch as Minute Maid Park fills with fireworks off the bat of the Astros' young slugger. In Houston, there's no need to worry about the Los Angeles Angels, Seattle Mariners or Texas Rangers catching them for the division crown. The only race this season is that of Yordan Alvarez and Barry Bonds.