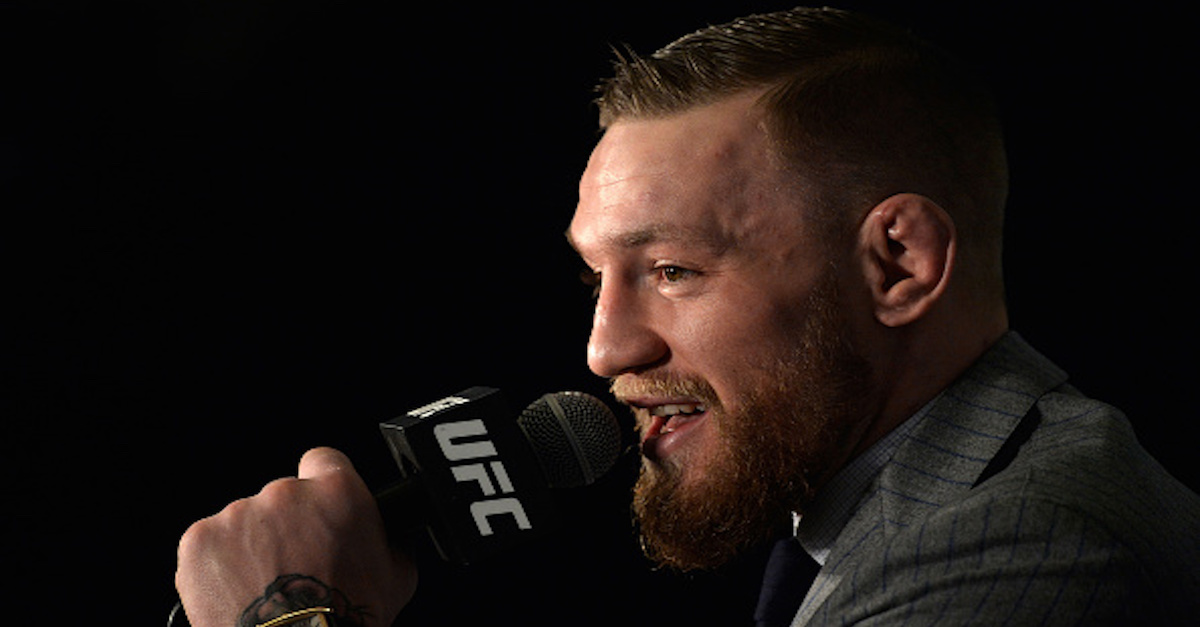 Conor McGregor claimed he was ready to make his long-awaited UFC return during the promotion’s upcoming pay-per-view, but had his plans squashed due to time constraints.

McGregor posted a photo of himself on Instagram Thursday with a caption claiming that attempted to replace Max Holloway for his main event fight against Featherweight Champion Frankie Edgar at UFC 222 in March after Holloway was ruled out due to an injury.

However, the promotion denied his request because “there wasn’t enough time to generate the money that the UFC would need, according to his post.

I am fighting again. Period. I am the best at this. I put my name forward to step in at UFC 222 to face Frankie Edgar when Max Holloway pulled out, but I was told there wasn't enough time to generate the money that the UFC would need. I was excited about bouncing in last minute and taking out the final featherweight, without all the rest of the stuff that comes with this game. Please respect the insane amount of work outside the fight game that I have put in. On top of the fighting. I am here. It is on them to come and get me. Because I am here. Yours sincerely, The Champ Champ™

Edgar’s manager, Ali Abdelaziz, denied the Irish fighter’s claims, calling him “a liar” and saying he “should have fought Frankie two years ago,” according to ESPN’s Brett Okamoto.

On McGregor's claim he offered to fight Frankie Edgar at UFC 222, Edgar's manager @AliAbdelaziz00 tells me, "He's full a s—. He's a liar. He should have fought Frankie two years ago."

In December, McGregor told TMZ Sports that he planned on making his return to MMA amid rumors of a potential boxing match against Manny Pacquiao.

?I think a true right is what I want to do next,? McGregor said. ?MMA next.?

Earlier this month, acknowledged that he was in negotiations for his next UFC fight which could include a rematch against boxing legend Floyd Mayweather under mixed martial arts rules, among several other potential opponents.

?He?s engaging, we?re engaging, so we?ll see,? McGregor said. ?I?m currently in negotiations to face my next opponent and we have many options. There?s the [winner of the upcoming fight to decide the] interim lightweight champion, there?s the undefeated Dagestani [Khabib Nurmagomedov], maybe it would be a big Russian event, there?s obviously the [Nate] Diaz trilogy, of course the Mayweather fight is there. There?s many options so we?re just at the table at the moment.?

As of now, McGregor doesn’t have a confirmed opponent or date scheduled for his official return to UFC.