One of UFC’s top rising stars calls out Brock Lesnar: “I’m stronger than him” 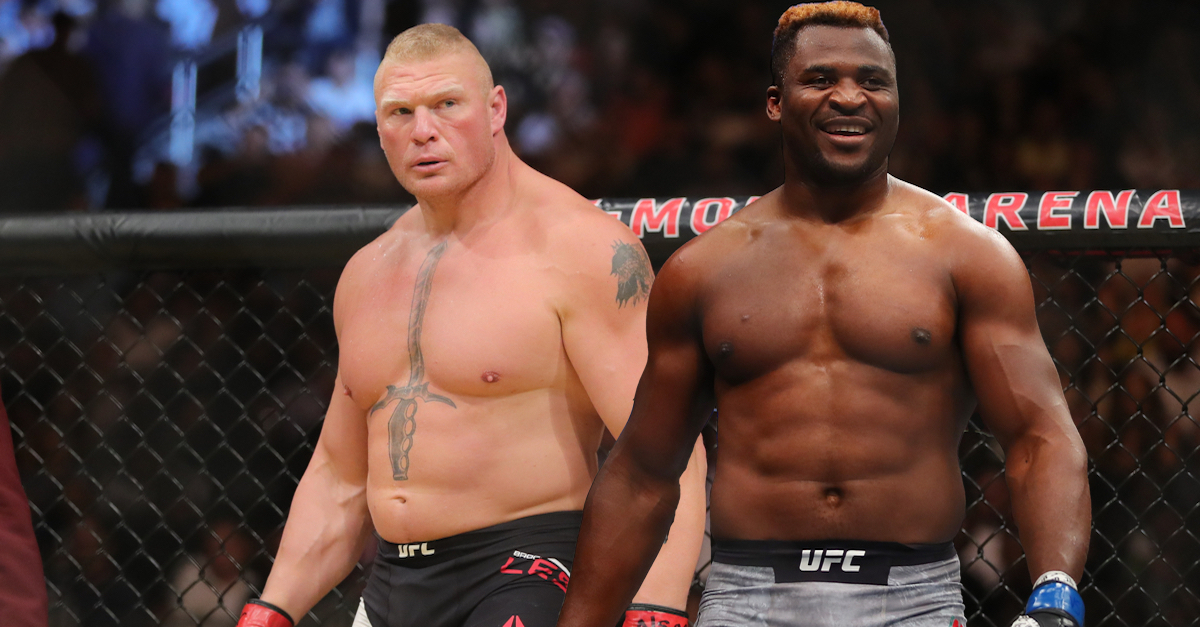 The world learned Saturday night that Francis Ngannou (11-1) is not to be taken lightly.

After knocking out Alistair Overeem in a KO that sent the internet ablaze, Ngannou first called out UFC Heavyweight Champion Stipe Miocic, and now he’s gunning for Brock Lesnar.

“I?d always like to see the match between me and Brock Lesnar,? Ngannou told Top Turtle MMA Podcast. ?Two big dudes. I?m excited for that kind of match as a fan. I?m stronger than him. I?m the best striker in the heavyweight division and the more powerful guy. I?m also a talented guy and I will deal with that very easy.?

Lesnar (5-3) last fought in July 2016, where he was able to knock off Mark Hunt. After the fight, he was suspended in a drug-test related ordeal. There have been rumors that Lesnar would return to the UFC once his WWE contract expires, and the original reports had him matching up with Jon “Bones” Jones.

As Jones faces a possible suspension of his own, could we see Lesnar match up with Ngannou?

He’ll likely need to get through Miocic first.