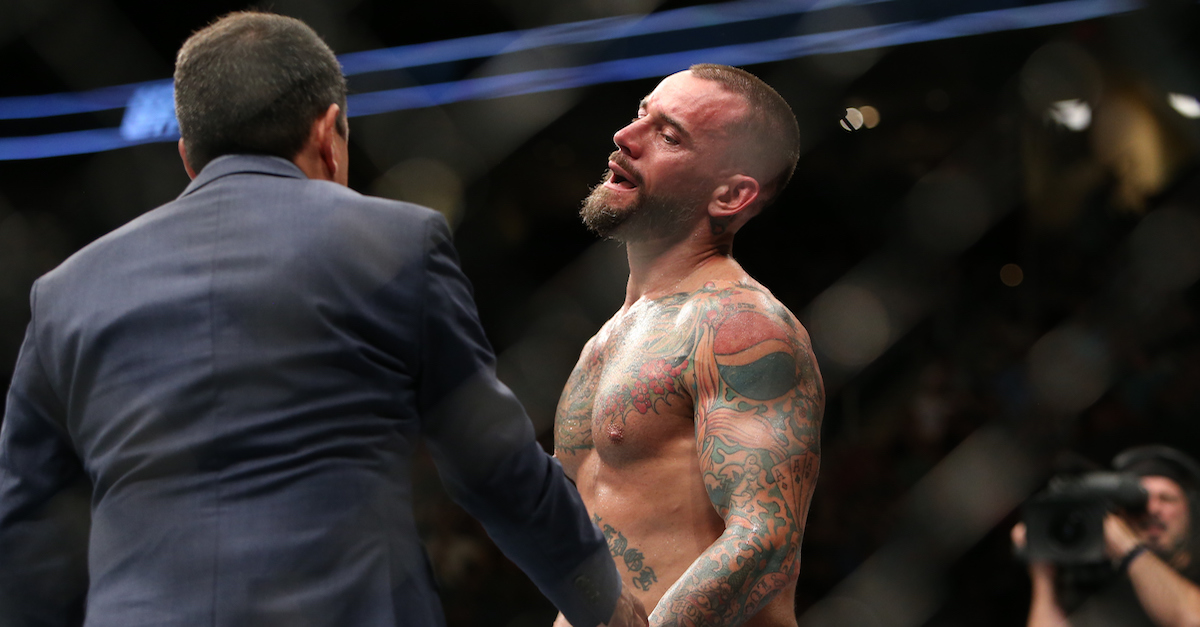 CM Punk’s debut with the UFC went about as awful as could be expected, as he was overwhelmed seconds into the bout, taken down and choked out by Mickey Gall.

That didn’t stop the UFC, nearly a year and a half later from granting the Cult of Personality a second fight. WWE Cruiserweight standout Jack Gallagher was quick to respond, landing the one-punch knockout with his verbal takedown:

Doesn't have an opponent. I have two minutes to spare.https://t.co/GKNHqrI0zL

Punk has been training with Duke Roufus for much of the last year and a half since his loss.

Gallagher is a legit MMA option, a fighter who is 2-0 in his bouts:

Punk, who joined UFC officially in December 2014, has had a questionable status with the company since his debut in 2016.

White had previously noted a second Punk fight was “probably not” going to happen.