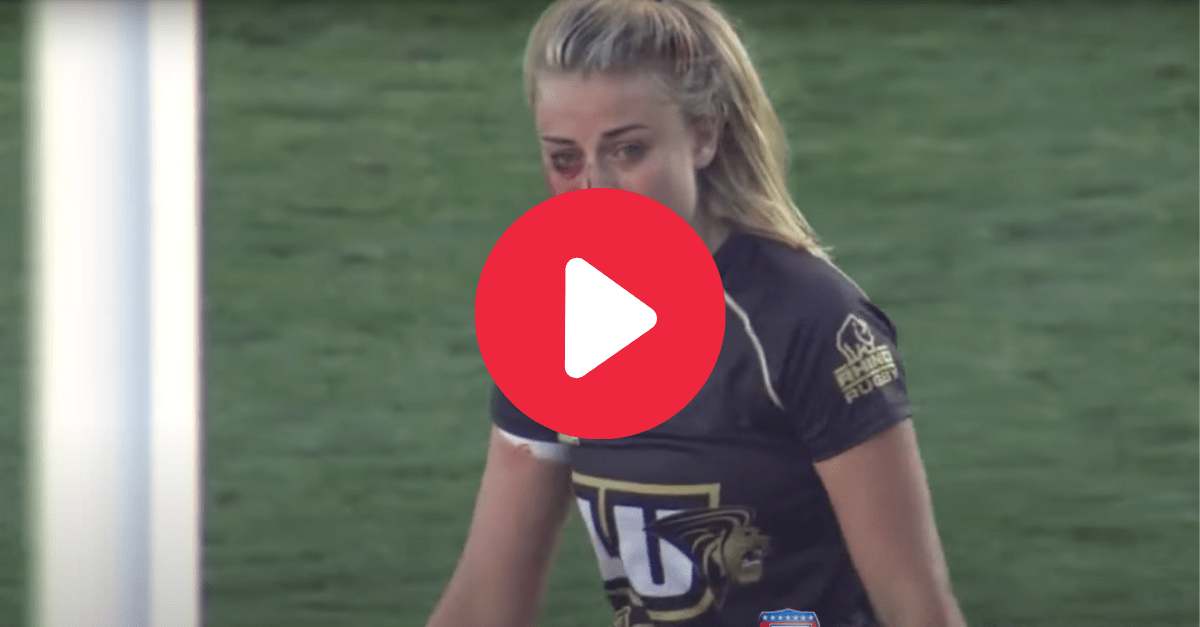 Georgia Page is on the Lindenwood University (Missouri) rugby team and during a recent Rugby Sevens match she suffered a broken nose — these things happen in rugby. Now, most of us would have at least gone off the field for a moment if not longer to get some treatment — I know I would have.

Page is not most of us, and she just keeps on playing with blood pouring out of her nose and all over her face. Page gets back into the play and eventually makes a tackle on a bigger player and then clears out the ruck afterwards. You can see the bloody aftermath at the end of the video below.

Somebody get Bill Belichick on the line pronto, because this girl has more heart than any NFL player I’ve seen!

MORE: This Rugby Player Got a 99-Year Ban for Violently Kicking Someone?s Face