“Get the F*** Out Now”: Coach Destroys Anthem Protests in Viral Video 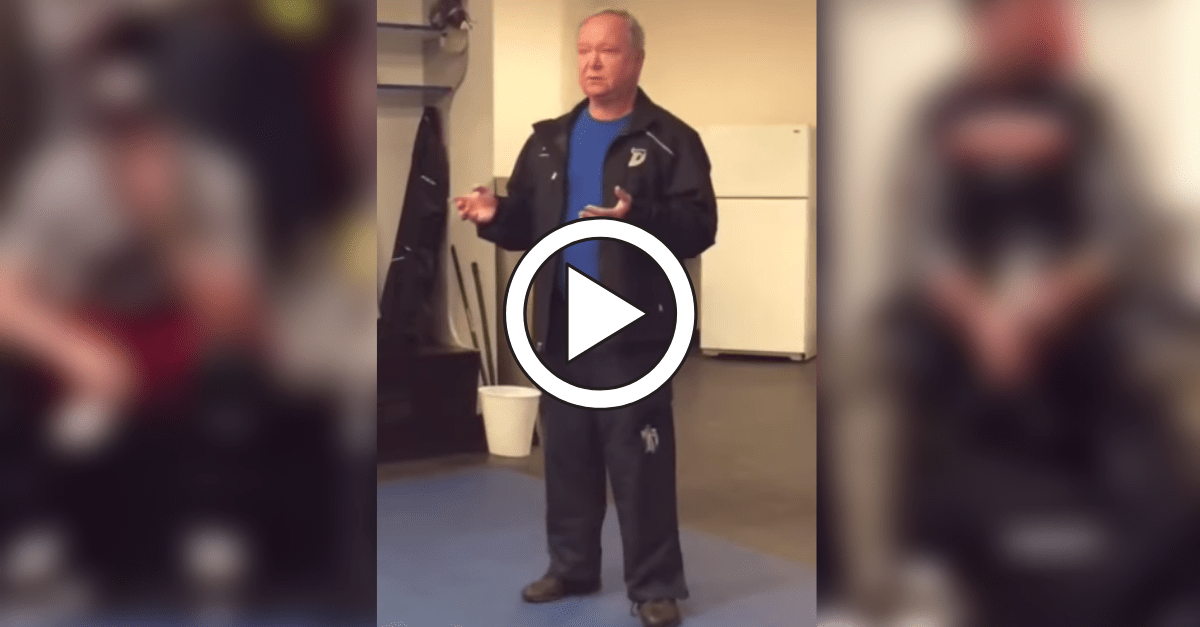 It’s been three years since former San Francisco 49ers quarterback Colin Kaepernick first knelt during the national anthem protesting police brutality and racial injustice. Since then, his protests caught on like wildfire, spreading across the NFL, trickling down into youth sports, and even taking center stage at the Women’s World Cup. The facts of the issue are one thing, but the time and place of the protests ruffled more than a few feathers around the country.

While some believe athletes should be removed entirely if they protest, that’s never really been the case, unless you count Kaepernick being essentially black-listed by NFL owners. And while some have spoken out publicly against protesting during The Star-Spangled Banner, no sentiment caught fire quite like Danbury Hat Tricks assistant coach John Krupinsky’s.

Prior to the Hat Tricks first day of training camp, the hockey coach unloaded a powerful message to his players in the locker room, just in case any of them decided to disrespect either the American or Canadian national anthems this season.

His speech has been viewed millions of times across social media.

“Hey guys, listen up for a second. First day of camp, but this is something really important, O.K.? We’re not women’s soccer. We’re not the NFL. If there’s anybody here that’s going to be disrespectful to either the American or Canadian national anthem, grab your gear and get the f**k out now because you’ll never see the ice in this arena.

“We don’t have that problem in hockey. We’re better than that, but there’s no sense in wasting anybody’s time if that sh*t was going to happen. I don’t believe it would happen here. We’re the most patriotic sport that they have out there, so just keep that in mind. Thank you.”

“Coaches have a responsibility to keep their team squared away,” Krupinsky said on ‘The Todd Starnes Radio Show’ (h/t Fox News). “We are fortunate to be in a place where we are a patriotic team and city.”

Rapinoe did, however, accept Democratic Senator Chuck Schumer’s invitation to the Capitol.

It’s rare that hockey players makes headlines in the United States, with the NHL being the smallest of the four major professional leagues, so it’s refreshing seeing the sport get credit in the storm of negativity the national anthem protests created.

One of the few in the sport who did get noticed was John Tortorella. As head coach of Team USA, he told ESPN back in 2016, “If any of my players sit on the bench for the national anthem, they will sit there the rest of the game.”

For everyone who is now a Danbury Hat Tricks fan, the team’s inaugural season in the Federal Hockey League began on October 25 against the Port Huron Prowlers at Danbury Arena.

This article was originally published July 10, 2019.