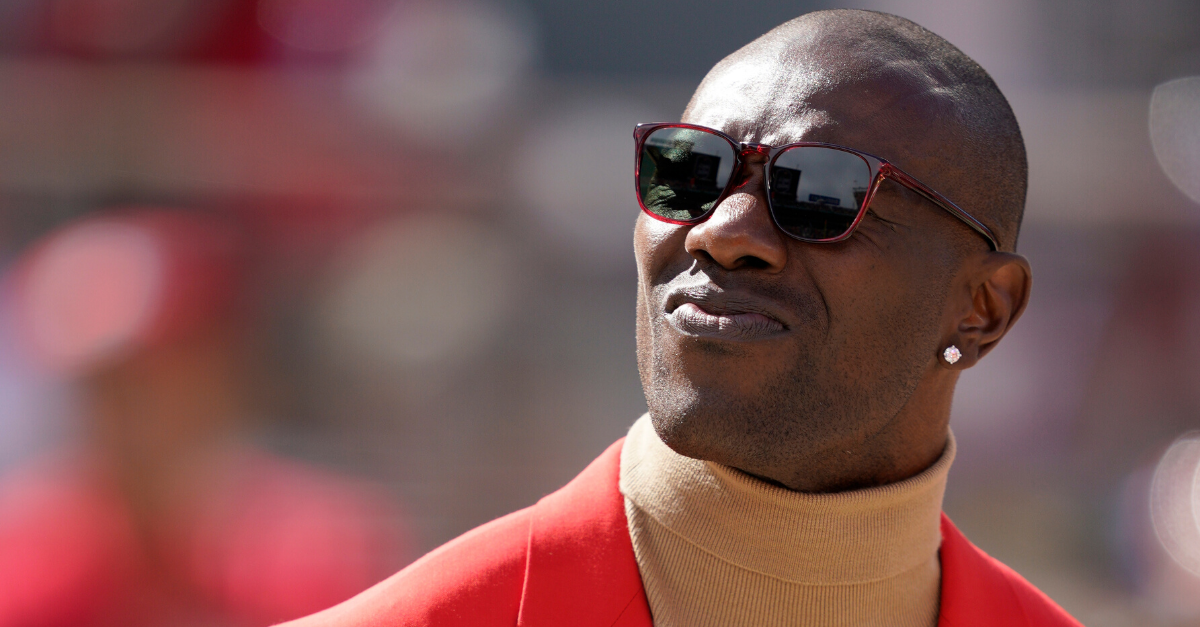 Pro Football Hall of Fame wide receiver Terrell Owens hasn?t played in the NFL since 2010, but his attempts to remain relevant are rather cutting edge. The now 46-year-old still thought he could play the game that made him famous, and he still hasn?t met a microphone he doesn?t love, which makes his interview last year about as shocking as thunder coming after lightning.

Ever since Owens entered the NFL as a third-round pick in the 1996 NFL Draft by the San Francisco 49ers, he has gone against the grain — That?s just who he is. The 6-foot-3 wide out has forever been outspoken and was oftentimes controversial while being a damn good football player with nearly 16,000 receiving yards and over 150 touchdowns throughout his career.

Heck, Owens, who played for the 49ers, Philadelphia Eagles, Dallas Cowboys, Buffalo Bills, and Cincinnati Bengals from 1996-2010, even had his own Hall of Fame ceremony instead of giving a speech in Canton.

If you can get an exclusive interview with him, like Sports Illustrated just did in its latest ?Terrell Owens Isn?t Done Talking? piece, then the whole world needs to follow his advice and get the popcorn ready.

Despite working out for the Canadian Football League team Saskatchewan Roughriders in 2018, he hasn?t played in a game since he suited up for the Allen Wranglers of the Indoor Football League in 2012. You have to go all the way back to 2010 since he posted any NFL statistics when he played for the Bengals alongside Chad Ochocinco.

But what if the HOF inductee still played in the NFL? Better yet, would he kneel during the national anthem like former 49ers quarterback turned activist Colin Kaepernick once did? Of course he would.

@terrellowens says he would've knelt beside Colin Kaepernick if he was still playing, which he wants to be (link in bio). 📷: @kohjiro_kinno

RELATED: You Might See Colin Kaepernick?s Face on Everything Imaginable

Owens even had some remarks about President Donald Trump, too.

“I?m with Kap,” the former NFL star told SI. “The President does a real good job deflecting what the real issues are. You have owners stepping in, basically siding with the President. Some [players] feel betrayed.”

Could you imagine if Owens had been with the 49ers when Kaepernick and Eric Reid began kneeling in protest of police brutality, social injustice and racial inequality? What would have been like had he done it with the Cowboys under NFL owner Jerry Jones? Would it have been an even bigger deal for a player as polarizing as Owens to join in on the anthem protests or stay in the locker room with other NFL players during The Star-Spangled Banner?

Chances are, especially in the social media era, this would certainly created even more controversy because that is the Hall of Famer’s impact and legacy just as much as his touchdowns in the NFC playoffs.