Jimmy Johnson’s Hall of Fame Surprise Brings Him to Tears 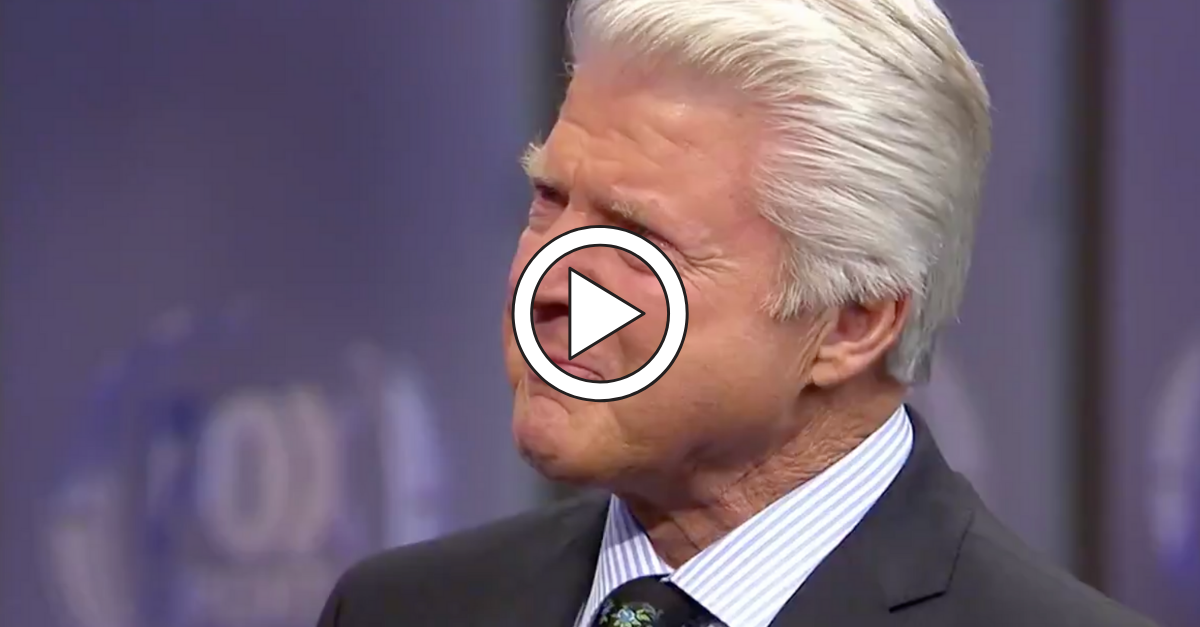 More often than not, halftime is an amazing break for NFL fans. It gives everyone a chance to take a deep breath, especially during the playoffs, and grab that perfect snack before the game starts back up. However, if you walked away from the television on Sunday night, you missed a special and historical moment.

A few minutes after the Green Bay Packers and Seattle Seahawks went to the locker room, the NFL on Fox crew was breaking down the first half. Then, suddenly, a man in a blue coat arrived on the set to deliver some incredible news.

Former @dallascowboys head coach @JimmyJohnson has been elected to the @ProFootballHOF as a member of the Class of 2020.

Incredible moment as he finds out he is now a Hall of Famer. #PFHOF20 (via @NFLonFOX) pic.twitter.com/EydJ1GDX8Y

What an unbelievable surprise. You could tell Johnson had no idea it was going to happen, and his reaction was priceless.

Watching him get emotional on live TV was truly something.

?The only thing I can think of is all of the assistant coaches that worked for me, all of the great players that have played for me, they?re the reason I?m here? This is so special to me because when you?ve put in the work that we put in, it?s nice to know people appreciate it.?

It was also really cool to see Troy Aikman watching his speech during the halftime show from the broadcast booth.

Johnson is certainly one of the most decorated coaches in football history. He won a college football national championship at the University of Miami in 1987. He won two Super Bowls with Aikman, Emmitt Smith, Michael Irvin and the Dallas Cowboys in the 1990s. He took Oklahoma State and the Miami Dolphins to new heights, too.

For 20 years, Jimmy Johnson was the man, and he?s now going to the HOF.

This wasn?t the only surprise of the weekend, though.

Former @Steelers head coach Bill Cowher has been selected to the @ProFootballHOF Centennial Class of 2020!

A day before Hall of Fame President David Baker surprised Jimmy Johnson, he went on the NFL on CBS set to surprise former Pittsburgh Steelers head coach Bill Cowher. And much like Johnson, he was very emotional.

Although the focus was on the postseason, and what teams would make the NFC and AFC title games, it was special to see two men who meant so much to the game of football be surprised with new that they would be future Hall of Famers and part of the 2020 Centennial Class.