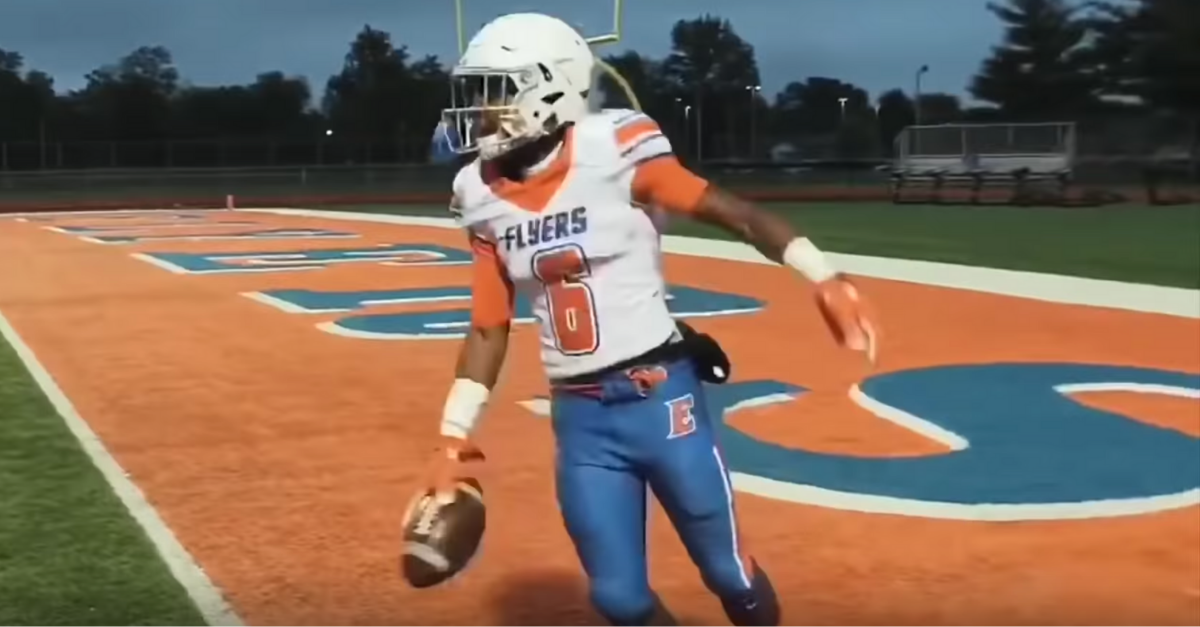 Jaylon McKenzie had his whole life ahead of him. The young man was on his way to becoming the next football superstar, too. There should be no way his life would be in danger at any point in time, yet it all ended before he even got to high school.

Back in November, the 14-year-old McKenzie was featured in Sports Illustrated’s “Six Teens Who Will Rule the Future in Sports.” The 8th grade football phenom had dreams of playing in the NFL. His youth football resume proved he was on track to make it happen. Then, on Saturday night, he was shot to death at a house party in Venice, Illinois.

McKenzie, a Belleville, Illinois native, was hit by a stray bullet after a fight broke out at the party, according to the St. Louis Post-Dispatch. Police said a 15-year-old girl was also critically wounded.

There are no words to describe how sad this is. Your heart just breaks for McKenzie’s family. This was a kid who had the talent and ambition to become a first-round draft pick. He already had scholarship offers from the University of Missouri and the University of Illinois before even playing in a high school game. And now he’s gone.

Blessed to receive my second D1 offer from Illinois🙏🏽 pic.twitter.com/9F4yzEXRDN

Sukeena Gunner, McKenzie’s mother, had taken her son to his eighth grade dance earlier that night. She picked him up so he could change clothes, according to the St. Louis Post-Dispatch, and went back out about an hour later, where they attended a school’s post-prom party.

Jaylon McKenzie was shot at the party, where police said the shooting happened at 11:40 p.m., and died shortly after getting to the hospital. The young girl shot was in critical condition.

“It’s so hard to fathom that someone took my baby from me because he dreamed so big. I can just remember him coming into my room and telling my husband to call his name. ‘We have a 5-6 running back, Jayyyyy-lonnnn MacKenzieeee.’ And he would run into the room after his name was called.”

The Illinois State police has not made an arrest and are investigating more details. The East St. Louis school district will have crisis teams at the area schools to help students. McKenzie’s family and everyone close to him is trying to piece together exactly what happened to the young star football player in the making.

17 people shot in St. Louis yesterday. Including the devastating loss of one of our brightest young future starts in this city. This city has no value for life. This city eats their young. R.I.P. Young Bull pic.twitter.com/9UjU8A0Men

A football star at running back, defensive back and wide receiver, Jaylon McKenzie was a phenomenal athlete. He rushed for 1,546 yards and 21 touchdowns for the East St. Louis Jr. Flyers as a seventh grader and gained tons of national attention for catching five passes for 161 yards with two touchdowns in the NFL’s 8th Grade All-American Game in Canton, Ohio last fall, according to Sports Illustrated.

High school football. College football. NFL. That’s how life should have gone for Jaylon McKenzie. Not this. Never this.

According to the Fort Worth Star-Telegram, Dallas Cowboys running back Ezekiel Elliott will pay for the funeral expenses of Jaylon McKenzie, a 14-year-old football phenom who was killed by a stray bullet while leaving a party following his eighth grade dance last weekend.

JAYLON MCKENZIE: I spoke to Jaylon’s mom, @sukeena5, who says that someone on behalf of @EzekielElliott reached out to pay for her son’s funeral costs. That’s so incredible, since Jaylon used to watch Ezekiel to improve his own skills. @ksdknews pic.twitter.com/W0j6Yxatqa

This is obviously a very tragic time for McKenzie’s family and the community. The fact that Elliott wanted to help them out in a time of need is simply incredible.