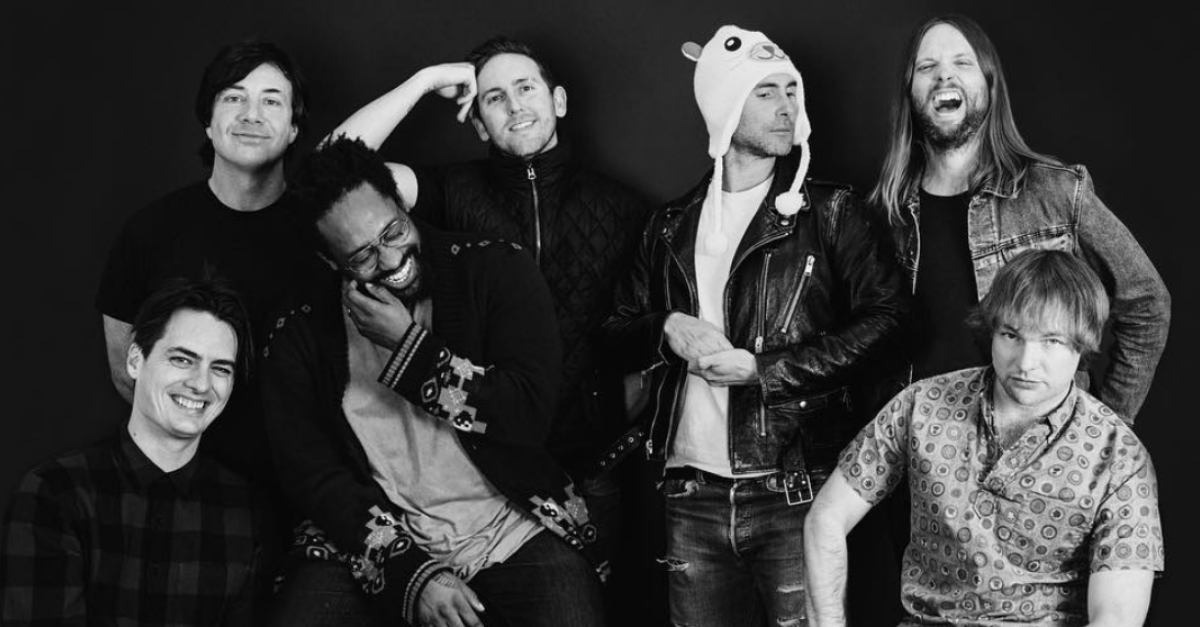 More often than not, football fans tuning in for the Super Bowl are mainly interested in the game itself. The super-expensive commercials and mainstream halftime shows are merely added bonuses during breaks in the action. That doesn?t mean everyone has to agree with the NFL?s choices in the artists performing.

According to a report from Variety, Maroon 5 will headline the Super Bowl LIII halftime show on February 3, 2019 at Mercedes-Benz Stadium in Atlanta, Georgia.

If the report is true, then the NFL completely whiffed on its choice for Super Bowl 53.

This is not a knock on Maroon 5 whatsoever. The nationwide Red Pill Blues Tour, promoting its 2017 album, is big hit this year, lead singer Adam Levine is a marketable star, and the band has produced several good and catchy songs over the years.

Songs such as ?I Like It? featuring Cardi B and ?Don?t Wanna Know? featuring Kendrick Lamar present some solid options for guest appearances, too.

Chances are this will be a very active, highly entertaining, safe, family-approved, and quality show. There is nothing wrong with any of that. It checks off all of the boxes.

But this is Atlanta, a cultural capital of America, home of some hip hop and R&B legends, and the best move is to make Maroon 5 the headliner?

Come on, man. That is not right. Not right at all.

If the Atlanta Falcons, the full-time occupants of Mercedes-Benz Stadium, have rappers Ludacris and Jermaine Dupri do another ?Welcome to Atlanta? remix before the start of the season, why did the NFL miss so badly on this opportunity?

If it?s because the lyrics are ?too controversial,? then let?s not forget Justin Timberlake, a phenomenal entertainer, no doubt, performed at Super Bowl LII in Minneapolis, Minnesota last season after finally being forgiven for the 2004 Janet Jackson ?wardrobe malfunction? that sent the halftime shows down a very conservative path.

Are Ludacris and JD not mainstream enough? What about Outkast? Or Lil Jon? Or Migos? Or the best option of all, Usher, who many consider one of the best performers of the entire 2000s? There are several more, too.

All of them are from Atlanta. All of them have great songs. All of them can ignite a crowd with censored music to show off the culture down in Georgia.

Did those rappers and other Atlanta artists even get asked? Did they turn down the offer from the NFL? Was Maroon 5 a last resort? Or was the band the first option?

It?s not a bad option, but it?s just a safe option. Just like Paul McCartney, Prince, U2, The Who, Bruce Springsteen, Coldplay the Black Eyed Peas and Katy Perry all were. Some of them were classics, too.

The NFL has made it a little more lenient in recent years with artists such as Timberlake, Bruno Mars, Lady Gaga, and appearances from Beyonce and rapper Missy Elliott. But unless some of the Atlanta rappers get at least asked to be a major part in this Super Bowl halftime show alongside Maroon 5, then the league completely whiffed on its choice.

READ MORE: Thanks to This New Statue, The “Philly Special” Will Now Never Go Away