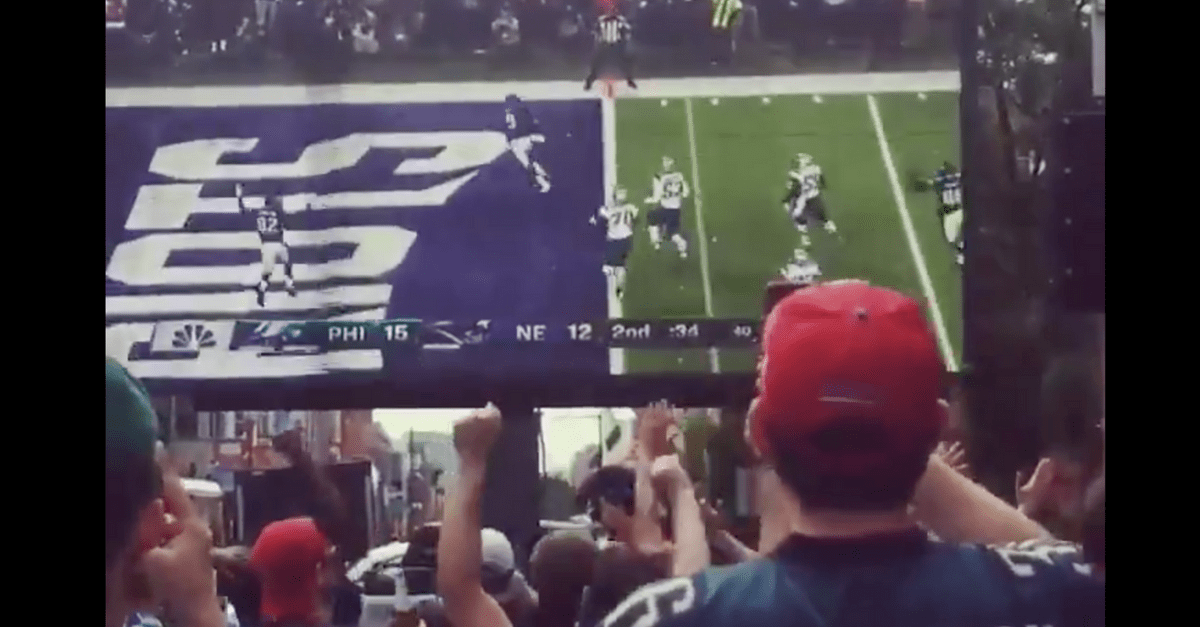 When the Washington Capitals won this year’s Stanley Cup, Alexander Ovechkin was plastered all over the internet for his antics enjoying the team’s first-ever Cup win. When France won the World Cup over this weekend, the country’s streets flooded with supporters, and president Emmanuel Macron lost his mind.

NFL fans in Philadelphia, though? They are a different breed altogether.

The United States, though not involved in the World Cup, has been as captivated as any country watching the tournament unfold, culminating in France’s 4-2 win over Croatia in the final. The story is the same in Philadelphia, where supporters flocked to South Street to watch Sunday’s final in grand style.

The party, though, didn’t end with the final 2018 FIFA World Cup’s whistle, as Eagles fans kept South Street shut down a little longer.

They left up the giant television screen, and decided to air the Philadelphia Eagles’ Super Bowl victory over Tom Brady, Bill Belichick and New England Patriots for everyone to relive.

The franchise’s first Super Bowl win will forever be in the hearts and minds of Philadelphia fans. If the Eagles never win another Super Bowl though, they seem to be just fine rewatching their February 4th victory in Super Bowl LII over and over again.

Oh, by the way, It’s Always Sunny in Philadelphia is making a Super Bowl episode:

'It's Always Sunny in Philadelphia' is making an episode about the @Eagles winning the Super Bowl 😂 (via @RMcElhenney) pic.twitter.com/1yjifjOSVD