‘A League of Their Own’ Returning to Theaters Everywhere in 2020 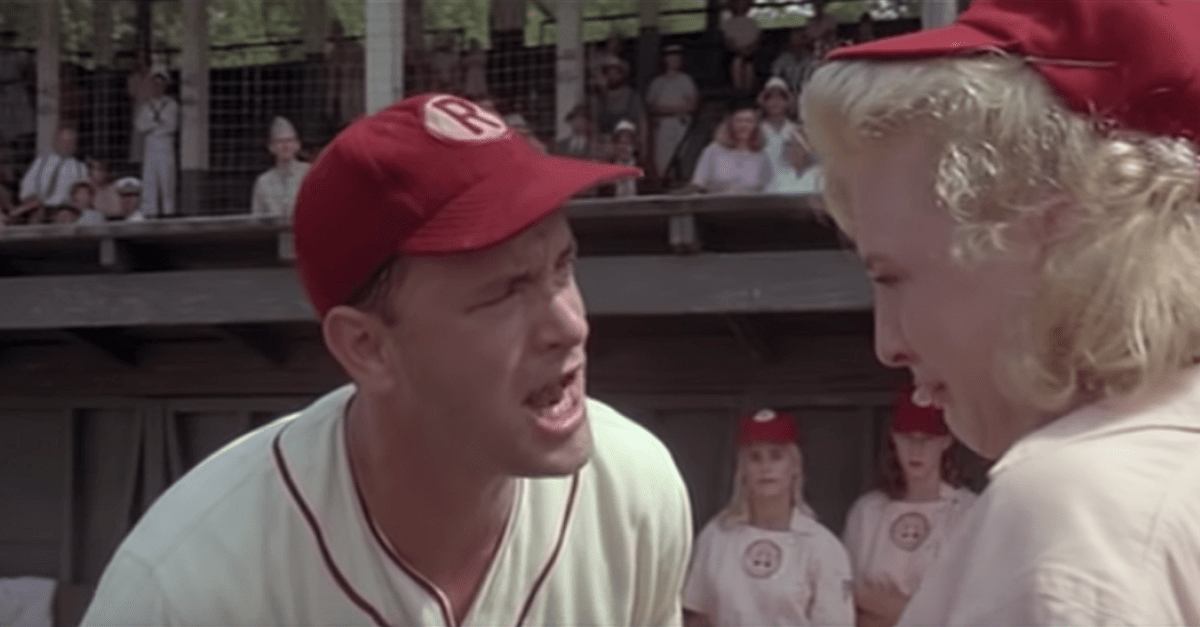 Penny Marshall’s life was filled with notable acting roles spanning her time as Myrna Turner on The Odd Couple through a starring role on Laverne & Shirley. She followed that with a career directing iconic films like Big (1988) starring Tom Hanks and Riding in Cars with Boys (2001) starring Drew Barrymore. The American pop culture icon died of complications from diabetes at her home in Hollywood Hills, California on December 17, 2018. She was 75.

While her life will be remembered for countless memorable moments she created, one stands out for this sports fan among all the rest. In 1992, Marshall directed A League of Their Own, and with the help of writers Lowell Ganz and Babaloo Mandel, they delivered one of the most memorable sports films, and timeless quotes, of all-time.

During one AAGPBL game in particular, Dugan approaches right-fielder Evelyn Gardner (played by Bitty Schram) and proceeds to ask why she made a particular play in the outfield. Channeling a rage from Rogers Hornsby, who managed Dugan in the past, he blames Evelyn for costing the Peaches the lead.

Evelyn begins to cry, and Tom Hanks delivers an iconic line that has stood the test of time, and we can’t get enough of.

“There’s No Crying in Baseball!”

From the first time this movie aired, and every one that followed, A League of Their Own shattered stereotypes about women competing at a high-level in sports and has grown into one of the most iconic baseball movies of all-time.

And just in time for baseball season, Fathom Events is re-releasing the iconic film in select theaters across America. For three days in April 2020, A League of Their Own is coming back to the big screen to remind everyone that there’s no crying in baseball.

Ticket information can be found here.

A League Of Their Own, Airplane!, Psycho, and more are heading back to theaters in 2020 https://t.co/iSZd3QstLf pic.twitter.com/oJW7Va5HAC

Looking back now, it’s hard to imagine putting together a more impressive group of star-studded actresses and actors.

‘A League of Their Own’ Cast

— Téa Leoni as the Racine Belles’ 1B

Penny Marshall’s life was full of memorable moments that it’s hard to justify choosing just one, but from a baseball player growing up who heard “There’s no crying in baseball” without knowing where it actually came from, the power of this movie justifies singling it out time and time again.

Sure, if an MLB player wins the World Series, I think we can make an exception for crying in baseball. Until then, I’m planning to get a copy of the movie, sit back, and enjoy one of the best sports films ever to honor the life of a legendary Hollywood star.

This post was originally published December 18, 2018. It was updated with news that the movie was returning to theaters in April 2020.