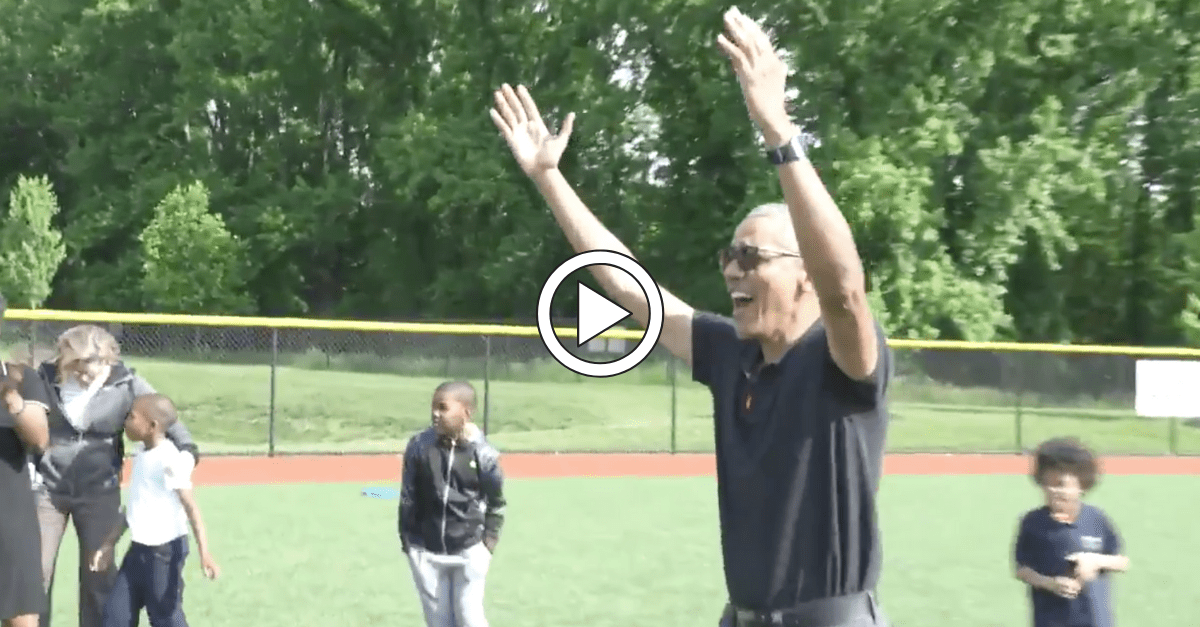 Since President Barack Obama left the White House, life has seemed to be much less stressful. He?s been able to attend some prestigious sporting events and live a semi-normal life by comparison. Now he?s doing all he can to give back to the community.

On Wednesday, President Obama visited the Nationals Youth Baseball Academy ? a program with the Washington Nationals that uses sports as ?vehicles to foster positive character development, academic achievement and improved health among youth from underserved communities in Washington D.C.? ? to play some games and shop at the farmer?s market.

Everyone knows the 44th President of the United States loves basketball, but the Chicago native is also a natural athlete. The 57-year old played quarterback and showed off his power at the plate.

Put your political views to the side for a moment and realize how cool this is. A former POTUS wanted to give back to the local community and decided the best way was to play football and baseball with a group of American kids.

And from a tight spiral for a touchdown to a smooth lefty swing that produced a double, President Obama looked like he had a lot of fun at the park.

Afterward, he gave an inspirational speech to the Washington, D.C. youth on hand at the Nationals Youth Academy, too.

A NFL or MLB future is likely not the cards for President Obama, but a day to help foster character development with the Washington Nationals foundation sure made for a day these kids will always remember.