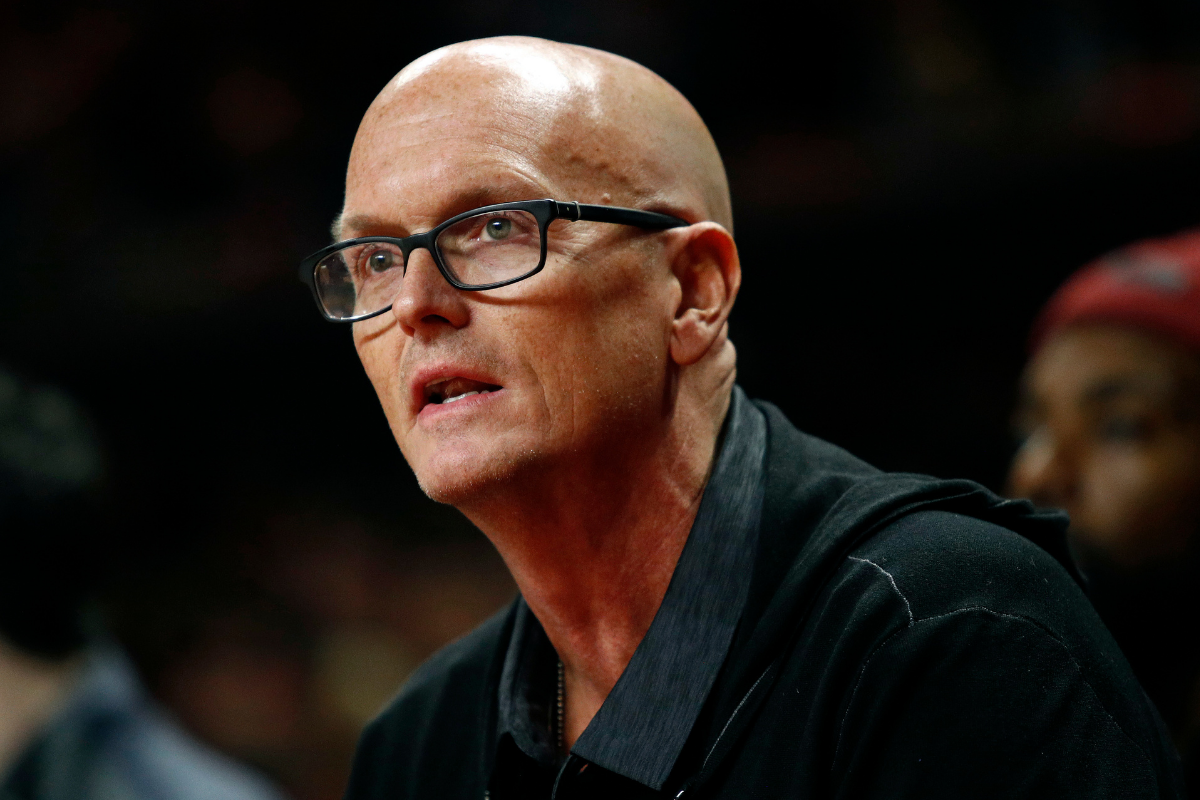 If you?re ever up late flipping through the channels in hopes of finding anything sports related, then you?re more than likely familiar with ESPN?s Scott Van Pelt.

Van Pelt is the host of the midnight edition of ESPN?s SportsCenter, a segment he carries masterfully by his lonesome every night. He also features as a commentator for ESPN?s golf coverage, covering various golf events for the network.

While the American sportscaster is currently sitting atop the sports entertainment world, he had to work hard to get there.

Scott Van Pelt?s first gig in the industry was as a sportscaster for a local Fox affiliate, WTTG-TV, in the DC area. After five years there, Van Pelt moved to The Golf Channel, where he began to make a name for himself covering major tournaments.

In 2001, the ESPN Network brought Van Pelt on board, where he established himself as a prominent member of the ESPN Radio team and continued working as one of the network’s top golf correspondents.

Since joining ESPN in 2001, SVP has risen to stardom through his appearances on signature programs and his alluring coverage of sports events.

Van Pelt earned his first solo radio show at ESPN in 2009, The Scott Van Pelt Show, which was a re-booted version of his show with Mike Tirico, Tirico and Van Pelt. A few years later Van Pelt began working alongside Ryen Russillo as co-host of SVP & Russillo.

In 2015, Van Pelt made the jump to becoming the solo anchor of the midnight show of SportsCenter, a role the sports talk show host has starred in ever since.

RELATED: Stephen A. Smith?s Net Worth Is Bigger Than His Mouth

Otis the Dog never left my side as we packed up. Time to say so long to Connecticut. Came here solo for the job and am leaving with my wonderful family to take the show home. In a shocking development, it’s been emotional. So grateful for it all.

DMV, your boy is on the way. pic.twitter.com/sYXUXIazUS

Scott Van Pelt, born in 1966, is the son of Sam Van Pelt and Cathie Mathis. His father, Sam, passed away when Scott was in his early 20s and just beginning his career in sportscasting.

Van Pelt was born in Brookeville, Maryland and grew up in the greater Washington D.C. area. He attended Flower Valley Elementary School in Rockville, MD. SVP went to Sherwood High School and later graduated from the University of Maryland in 1988.

From my little girl to Stuart’s two angels ⁦@TaeAndSyd⁩ Lila is always happy to have scoops. Today they will be for your dad on his birthday. pic.twitter.com/xm8SG1AV5N

Being one of the faces of ESPN is hard work, but it certainly pays well. According to Celebrity Net Worth, through his role at ESPN, SVP pockets an annual salary of $4 million. His estimated net worth sits at a reported $20 million.

SVP lives in a beautiful mansion in Bethesda, Maryland which is reported to be worth $4.25 million. When the network granted his wish to shoot the midnight edition of SportsCenter from Washington D.C., Van Pelt sold his Connecticut home for $3 million.

While typically sports fans think athletes are the ones bringing in big paychecks from sports events, guys like Stephen A. Smith and Scott Van Pelt are living proof that a career in sportscasting in the United States can prove just as lucrative.

MORE: Skip Bayless? Wife Will Always Take a Back Seat to His Job