This One-Armed Kid Blasts a Home Run, But It’s Nothing New For Him 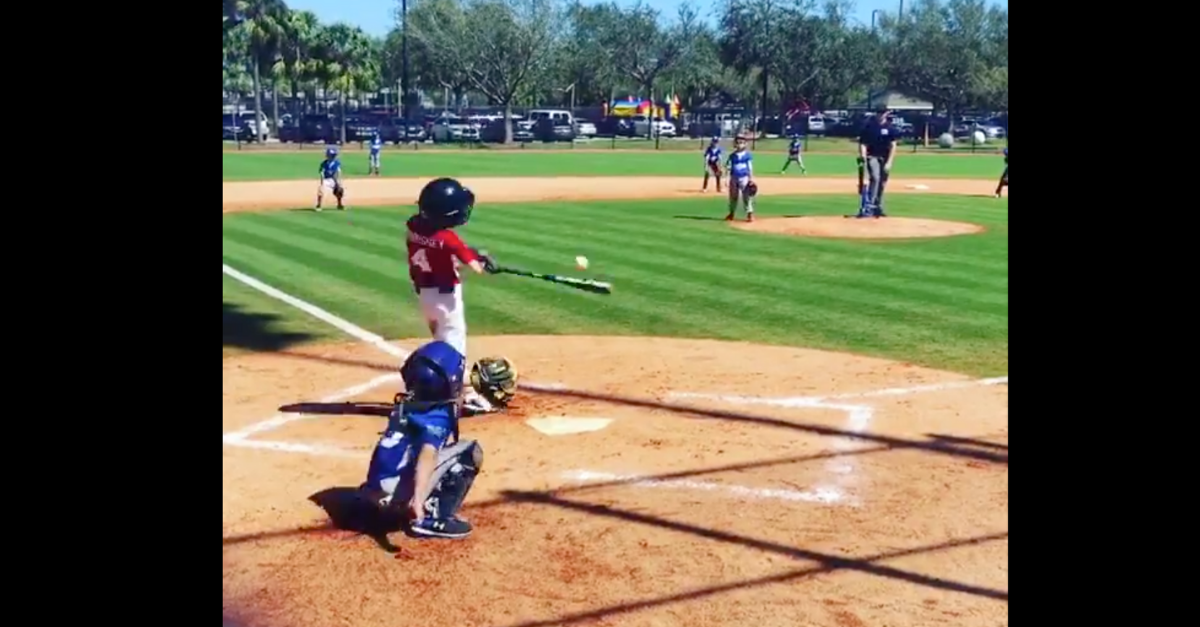 Often times sports can be a wonderful source of inspiration for people of all genders, shapes, sizes, colors and hardships. Nike?s latest viral commercial featuring Serena Williams touches on that sentiment focusing on women?s sports, but her message can be applied elsewhere.

Seattle Seahawks linebacker Shaquem Griffin is a great example that athletes with what some consider disabilities can play at the highest level. Jim Abbott was a pitcher born without a right hand and still played 10 years in MLB and even threw a no-hitter. Both of them were probably told they were crazy for thinking they could go pro.

So when a little league player with one-arm hits a home run, what do you think the outcome is? For Tommy Morrissey, it’s just another all-star swing in the season’s opening game.

Meet the 8-year-old boy whose story is pretty incredible. Tommy was born missing most of his right arm and yet proved from a young age that he was a golf prodigy. When he was three, he appeared on The Ellen Degeneres Show and hit golf balls with Tiger Woods.

Now, Tommy uses his following on social media and spends his time advocating for limb saving and correction treatments for children and raising money through charity events as part of the unLIMBited Foundation, which you can read more about here.

Despite having one arm, Tommy?s clear athletic abilities among his peers are not limited to one sport. His Instagram is filled with videos of him being ridiculously good at golf, a sport that most people will admit they aren’t any good at.

Here?s Tommy almost nailing a hole-in-one last July in North Carolina at Pinehurst?s par-3 course, The Cradle. Yes, his form is 10 times better than yours.

Definitely THE COOLEST birdie EVER on #TheCradle. Check the link in our profile for more about this incredible shot by @onearmgolfer Tommy Morrissey. #pinehurst #pinehurstresort

Keep killing it, Tommy, and never let anyone tell you you can’t do something.