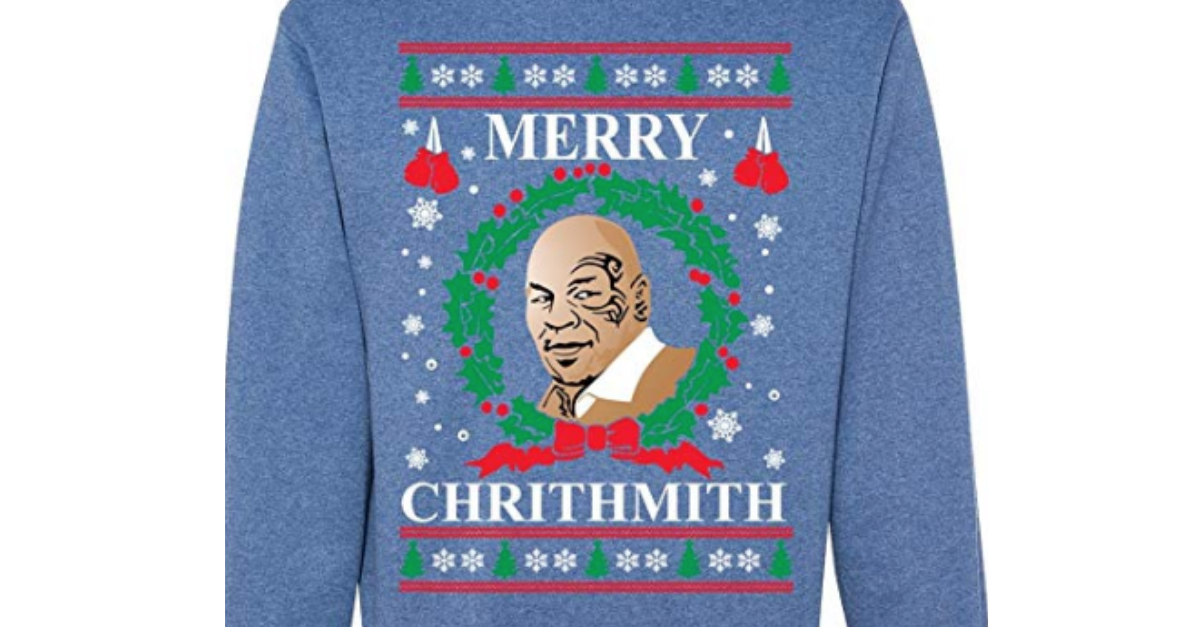 ‘Tis the season for ugly sweaters, and I wouldn’t have it any other way.

Every Christmas party has a few, and every New Years Eve celebration is going to bust them out again, so do yourself a favor and pick a best seller this holiday season. These are some of the best NFL, NBA, MLB and NHL ugly sweaters you’ll find, and whether you’re a San Francisco 49ers fanatic or still going strong with the New England Patriots, this holiday season is about to get really ugly.

This is the epitome of horrible, but there’s something about this Aztec Print Ugly Crew Neck that has me very interested. Stephen Curry might not rock this Golden State Warriors version, but you better believe I will be.

Next up, feast your eyes on this glorious Candy Cane Repeat Sweater! This Dallas Cowboys sweatshirt is one of many available, with the Philadelphia Eagles and Michigan Wolverines standing by to help spread some holiday cheer the best way possible: wear it.

Nothing says “I Love the NFL” more than these NFL Big Logo Ugly Sweaters. Imagine showing up with a giant Chicago Bear staring your Grandma right in the face…

This Chicago Bulls Women’s V-Neck falls somewhere between ugly and fashionable, but any classic Michael Jordan-esque threads are down to be a hit, especially with the Bulls logo sitting front and center!

Somewhere, a nostalgic NBA fan still loves Carmelo Anthony. Celebrate one of the NBA’s best scorers ever with a New York Knicks Name and Number Sweater from his days lighting it up in Madison Square Garden. Heck, you can even get baby blue Kevin Durant version from his days hooping for the Oklahoma City Thunder.

Behold! It’s hard to know if this Green Bay Packers Christmas Cardigan is tremendous or terrible, but either way, this holiday sweater would be a killer at every NFL-themed party from the start of the season through Super Bowl Sunday.

These Team Patches Ugly Sweaters are built for a variety of teams, but this Seattle Seahawks version is just fantastic. A little crazy green mixed with Christmas trees? I mean, does it get much better?

There are ugly crew neck sweaters, and then there are Glow in the Dark Ugly Sweaters. Whether you’re rocking with the Cleveland Cavaliers, Los Angeles Lakers or San Antonio Spurs, the white bands and middle logo light up with the lights go down, so you’ll never be out of sight wearing one of these at the company Christmas party.

This Miami Dolphins Retro Sweater comes in a variety of teams from the Buffalo Bills to the New England Patriots. Throw it back to the days of Larry Csonka and convince your neighbor that the fullback is STILL a valuable position while looking great at the same time.

I’ve seen bad Xmas sweaters, but this Pittsburgh Penguins 3D Ugly Sweater might take the cake. You can get these bad boys for the Washington Capitals or New York Islanders, too. That way, every NHL fan (and probably Santa) has something to laugh at this holiday season!

Want to get noticed in a hurry? Waltz into your holiday party wearing a Florida Gators Ugly Sweater Vest. This bad boy is perfect for year-round tickets to the gun show, and you can get it in several different university themes.

Finally, nothing says “LOOK AT ME” quite like Mike Tyson crudely looking someone right in the face. This Wild Bobby Merry Chrithmith Mike Tyson Ugly Christmas are unisex, come in a variety of colors, styles and slogans, and they’re just hilarious.

If you’re in need of a last-minute gift idea, or you just love a great sweater, ditch the gift cards, pass on T-shirts, and give the gift that keeps on giving with one of these ugly Christmas sweaters.