Wimbledon’s Strict All-White Dress Code: Why Some Women’s Tennis Stars Don’t Like It 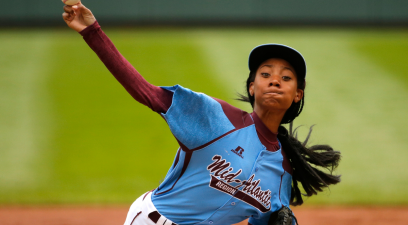 If there’s one thing we’ve learned from years of doing laundry, it’s that grass stains are the hardest to get out of white clothes.

And yet, that is exclusively what you will see this month if you watch as the Wimbledon Championships unfold from the Centre Court of the All-England Club.

Wimbledon’s white rule is widely known among the most fervent and casual tennis fans. The otherwise all-green backdrop of the championships (technically the colors of Wimbledon are green and purple) are highlighted by only white outfits, shining an even brighter light on a strict dress code of tennis attire.

The History Behind the Wimbledon Dress Code

Wimbledon is the oldest of the four Grand Slam Championships, a group that also includes the Australian Open, the U.S. Open at Flushing Meadows in New York, and the French Open.

As such, it has several traditions whose origins date back to the tournament’s founding in the 1880s, including the idea of “tennis whites.” Rooted in Victorian-era societal rules, the idea dates back to the idea of players wearing white during social lawn tennis gatherings to avoid the embarrassment of sweat patches on colored clothing. In particular, it was incredibly unseemly for a lady to be seen perspiring.

Another tradition is Wimbledon’s Royal Box, which, since 1922, has been reserved for members of the English nobility, who are also subject to the white dress code.

However, the Duchess of Cambridge flaunted those restrictions this year when she showed up to the All-England Club in a blue polka dot dress.

The Details of the Strict Dress Code

Wimbledon’s dress code is part of the official rules of the tournament and is more detailed than just “tennis whites must be worn.” A 10-part decree of new rules was issued by Wimbledon in 2014, fleshing out the specifics of every article of clothing you can wear while competing in the Grand Slam tournament.

It specifically notes that white does not include off-white or cream, and that the rules refer to all clothing, including tracksuits and sweaters that are worn on courts both during matches and practice sessions.

The official language states that tennis attire must be “almost entirely white” for tennis players, and further clarifies that no solid mass or panels of coloring are allowed, aside from a single trim of color along the neckline and cuff of the sleeves as long as it is no wider than one centimeter.

Not Everyone is a Fan

When we think about Wimbledon’s all-white dress code, we often picture great champions like Roger Federer, Rafa Nadal and Serena Williams decked out from head to toe in sparkling whites against the backdrop of green grass.

However, the strict dress policy is known just as much for its controversy as it is for the striking pictures it creates at the All-English Club.

The controversy dates back to the 1970s when Sue Baker arrived in a skirt that was too short in length.

Known for his style, Andre Agassi boycotted the event for four years because he wasn’t allowed to wear bright-colored outfits, finally ending his boycott in 1992 and winning the championship for the first time.

Venus Williams was asked to change mid-game in 2017 because of a pink sports bra she was wearing, which violated the rule on visible undergarments being only white as well. Even Federer caused a stir in 2013 when his orange-bottomed shoes were deemed unacceptable and later led to a rules update.

At Wimbledon 2022, the rhetoric around the dress code seems to be at an all-time high. Nick Kyrgios, known for wearing all-black, was asked about the dress code during a pre-tournament press conference and said, “obviously Wimbledon doesn’t really care what looks cool.”

Female tennis stars like Alicia Barnett talked about the pressure of wearing only tennis whites while being on their periods. Former Olympic tennis champion Monica Puig also spoke out about how wearing white at Wimbledon provides mental stress for women who have to deal with the uncomfortable worry of public embarrassment, in addition to the pain and fatigue that comes from a period, never mind a top-class tennis tournament.

No Other Grand Slams Have Such Strict Dress Codes as Wimbledon

Believe it or not, the U.S. Open actually had an all-white dress code as well, but in 1972, they changed their rules to allow colored clothing to be worn.

The French Open also does not restrict players’ attire, nor does the Australian Open, although Tennis Australia, who administers that tournament, requires “acceptable tennis attire,” with only one logo allowed on each sleeve of the players’ tops, and any logos or designs on headwear to be “tennis specific.”

MORE: The Longest Tennis Match in History Went So Long It Broke a Wimbledon Scoreboard