If there is one shoe that could be considered THE Air Jordan, it would have to be the Air Jordan 1 "Chicago." The classic Air Jordan 1 in the proper Chicago Bulls colorway that Michael Jordan wore during the early part of his NBA career. The High OG Chicago 1's, along with their Bred counterpart, are Holy Grail status sneakers for almost everyone into sneakers. And Jordan Brand and Nike are set to release a new iteration of the Chicago's that is sure to be on everyone's wishlist this holiday season with the Air Jordan 1 Retro High OG "Lost & Found." Sneakerheads, rejoice!

What Makes the Air Jordan "Lost & Found" the Sneaker of the Year? 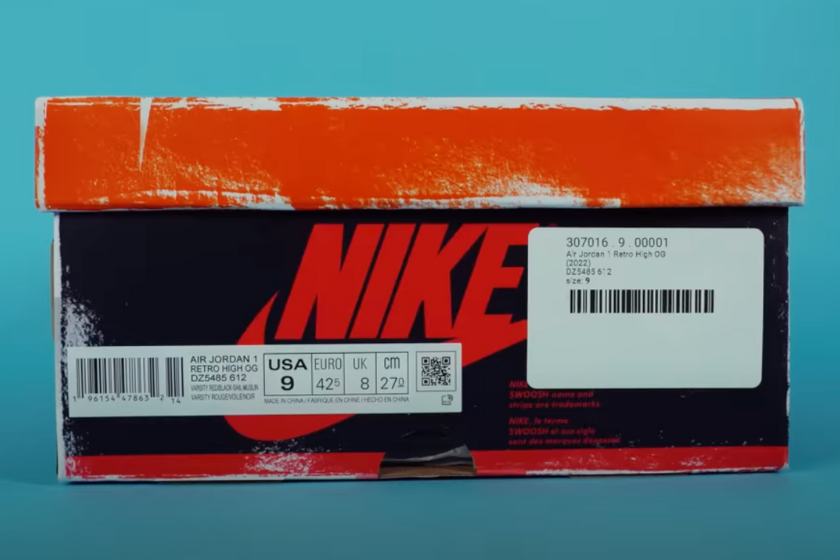 The concept of the Chicago "Lost and Found," originally called the "Chicago Reimagined," is "what would happen if someone were to find an old pair of OG 1985 Jordans deep in the back of a stock room of a Mom and Pop shop." They were "Lost" and then you "Found" them, if you will.

To achieve this, the Jordan Brand design team has taken the colorway and tweaked in some subtle, though effective ways. The colorway is still made up of a predominantly white full-grain leather upper with red leather overlays and a black leather Nike swoosh on the side panels. This normally sits atop a white midsole and red outsole.

One of the most notable differences between the Lost & Found and a traditional Chicago 1 is the Sail color midsole to represent how a classic midsole yellows and ages with time, and the red outsole has been made to look oxidized after years of sitting in a box. Other nods to this aging effect can be seen on the white tongue, which has also been made of a more "Sail/"yellowed color, and on the black leather ankle collar, which is done in a very cracked leather. This is all finished off with the classic Wings logo on the collar, a Nike AIR tag on the tongue, and black and white laces.

The Story Behind the Design 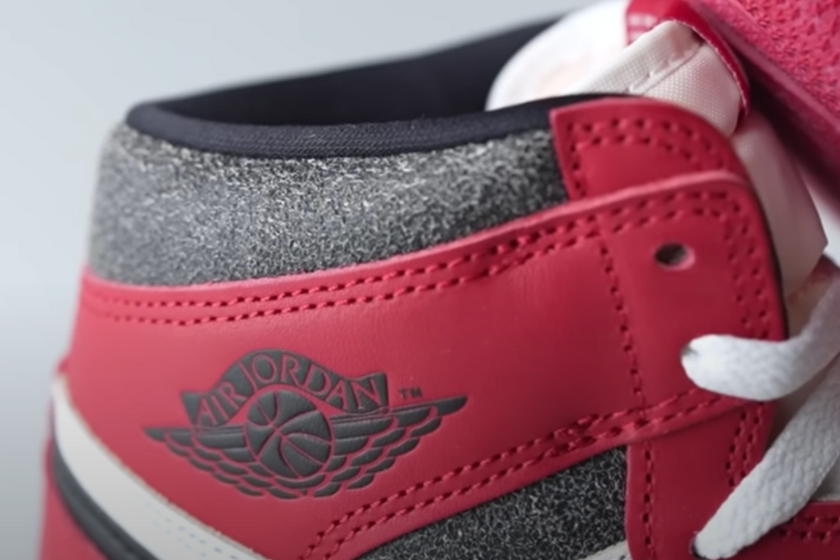 The storytelling continues onto to the packaging, which starts with a mashup of a "distressed" black Jordan 1 box with a classic orange Nike box lid. From there, there is the inclusion of a couple of price stickers that read "$65" and sale on the front of the box near the sizing label. Upon opening the box, the paper is made up of old ads from 1985, including the one that would lead to the classic Jumpman silhouette. Rounding of the packing is a "hand-written" receipt slip for what the shoes would've cost in 1985.

This is the first time since 2015 we are getting a proper retro of the Chicago colorway, though there have been a few other models with the classic red, white, and black makeup between then and now. Last year there was the Trophy Room Chicago 1 that was sold exclusively at Trophy Room, which is owned and operated by Michael Jordan's son Marcus. Before that was the "Origin Story" Jordan 1 in 2018 that was released in conjunction with the movie Into The Spider-Verse, as Miles Morales is shown wearing the classic Jordan in the animated film. That model's upper includes 3M dots to make it look like comic-book style, and a translucent outsole. Before that in 2017 was the now highly sought after Off-White take on the Jordan 1, a beautiful, deconstructed version of the shoe that fetches more than $5K on the resale market.

Nike will be expanding on this aged reimagining take of a classic silhouette later in the year with a version of the Jordan 3 White Cement, itself a legendary Jordan colorway.

As Adidas heads into an uncertain future without Kanye West, and New Balance leaning into their "dad shoe" identity, Nike and Jordan have never had such a hold on the Sneaker World. With the Nike SB Dunk Lows being a hot commodity and the success of their most recent collaborations (A Ma Maniere x Air Jordan), this shoe is releasing at the perfect time. No only is this shoe a grail to most collectors, it's a gateway shoe for those who have been on the sidelines eyeing an Air Jordan 4 or a different pair of Air Jordan 1 High OGs. Everyone's going to want this shoe, and ideally, everyone can snag it.

How to Get Your Pair of "Lost & Found" Jordan 1s 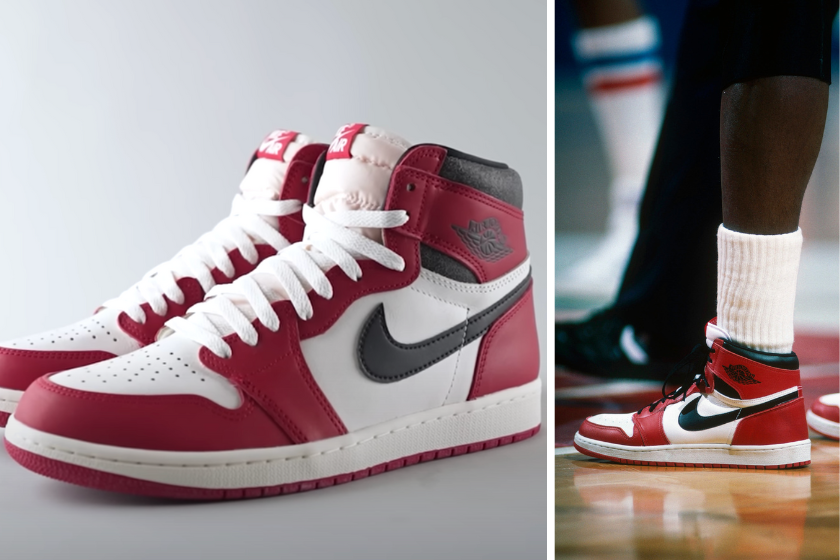 The Air Jordan 1 Retro High OG "Lost & Found" will be available worldwide Nov. 19 on the SNKRS app, as well as at various Jordan Brand retailers. It is rumored to have the highest stock available of any Jordan 1 model in history, but don't let that trick you into thinking it will be an easy cop. Easily the most sought after colorway of THE Jordan 1 means if you want a pair, be prepared to enter any and every raffle you can find. There was an early Exclusive Access sneaker release date on the 9th that went out on SNKRS app, so there are pairs available on resale sites such as StockX and GOAT is you want to be a part of #teamearly.

However, if you're looking to cop on release day, here's a few places you can try: