The NBA and Boston Celtics' families lost a legend on Sunday when Bill Russell died at the age of 88. He played 13 seasons for the Celtics, making 12 All-Star teams and more improbably winning 11 Championships, including eight in a row from 1958-1966.

In 2009, Bill Simmons ranked Russell the second-best player of all time in his "The Book of Basketball."

Now, Russell is likely third behind Michael Jordan and LeBron James, but Russell's 11 titles are also one more than Jordan and James, combined.

There will be no shortage of memorial pieces about Russell in the coming days and weeks, highlighting what Russell meant to the NBA on the court and to the world off the court. These will be written by people lucky enough to have met Russell or, for the luckiest, to have even seen him play.

Bill Russell's Legacy in Boston and Beyond 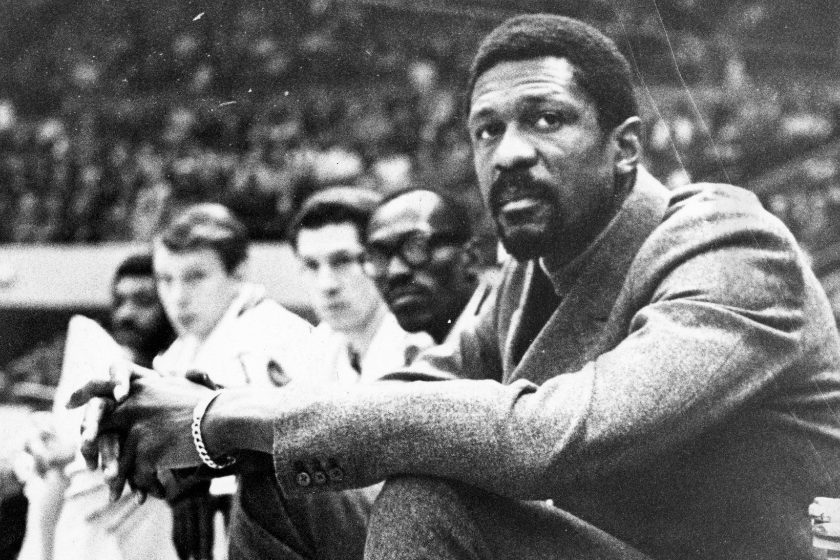 I was born almost 15 years AFTER Russell's last game. I could never properly eulogize everything Bill Russell meant as a player or as a person. Just the idea of doing that feels like more pressure than facing Russell in a big game, which, to confirm, really sucked for Russell's opponents:

There's a famous scene in the pilot of "The Sopranos" when Tony is discussing his part in the "business":

"It's good to be in something from the ground floor. I came too late for that and I know. But lately, I'm getting the feeling that I came in at the end. The best is over."

In a lot of ways, this quote is perfect for Celtics fans of my generation. We completely missed Russell's Celtics and the two championship teams in the 1970s. We were too young to appreciate the titles won by the 1980s Celtics teams led by Larry Bird.

Unfortunately, we didn't get to live out these championship moments as fans, but we did get to enjoy the fallout. There was a pride associated with being a Celtic fan (no, not the same as this). We got to say we were fans of the team with the most titles in league history.

And the majority of that is all thanks to Bill Russell.

"All the Rings are Right Here"

This moment between Bill Russell, Magic Johnson and Larry Bird will warm your heart ?

When you're a fan of a team, you're a fan of everything. The past, the present and the future. Red Sox fans had to carry the weight of not winning a championship for eight decades, even though most hadn't actually lived through those 86 years. On the flip side, the Celtics walked a little taller based on the franchise's history.

It means something to have a top five all-time player spend their whole career with your team. Sure, we might not have seen Russell's 30-point, 40-rebound performance in Game 7 of the 1962 Finals vs. the Lakers. But his accomplishments as a Celtic lived on for every generation of the fan base.

We got to root for the team that had a player who won eight titles in a row. Our team touched the apex of greatness, and even if we weren't there, we still get to celebrate it. And that only speaks more to the reach of Russell's legacy. His playing career and what he gave the Celtics was still a source of pride for someone born a decade and a half after Russell laced up his sneakers for a final time.

It was almost like what the younger generations in Metropolis would have felt like if Superman had hung up his cape 15 years earlier. They didn't see him fly or shoot lasers out of his eyes, but they got to hear all the stories and enjoy all the good he'd done for the city.

Russell even shares a key trait with the Man of Steel as his impact on the NBA and the sport of basketball is unquestionably bulletproof. Superman and Russell are also similar in discussing how easily they could vanquish a potential foe makes for excellent barroom fodder. 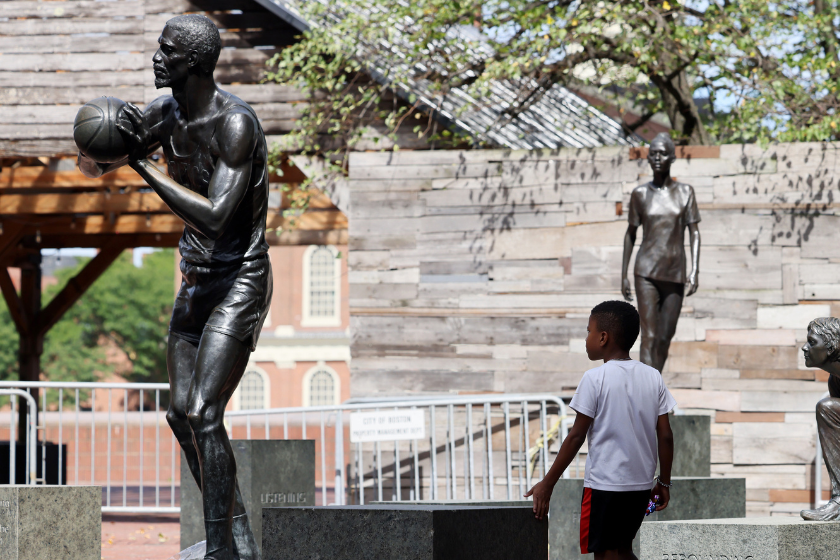 "Do you think Superman could beat up a bear with the head of a shark?" or "Do you think Bill Russell could shut down Shaq?" are more similar arguments than you'd think. And a resounding YES is the clear answer for both debates.

If it sounds like Russell is viewed with almost myth-like standards, that's true. That's how important his performance and impact are. He was someone so special that his legacy extended to fans now over 50 years removed from seeing him play.

It could be argued that Russell playing for the Celtics was the perfect match. Because any fan of the team who got to see him play, or just felt pride in rooting for the same jersey he once wore, can only describe themselves as lucky.

MORE: Bill Russell Refused to Accept His Hall of Fame Ring for 44 Years. Here's Why