Sporting a 7-foot, 300ish-pound frame with a flattop and southern drawl, Bryant "Big Country" Reeves is hard to miss.

The Gans, Oklahoma native was at the center of the basketball world for the 1990s.

Barely a decade later, he vanished. 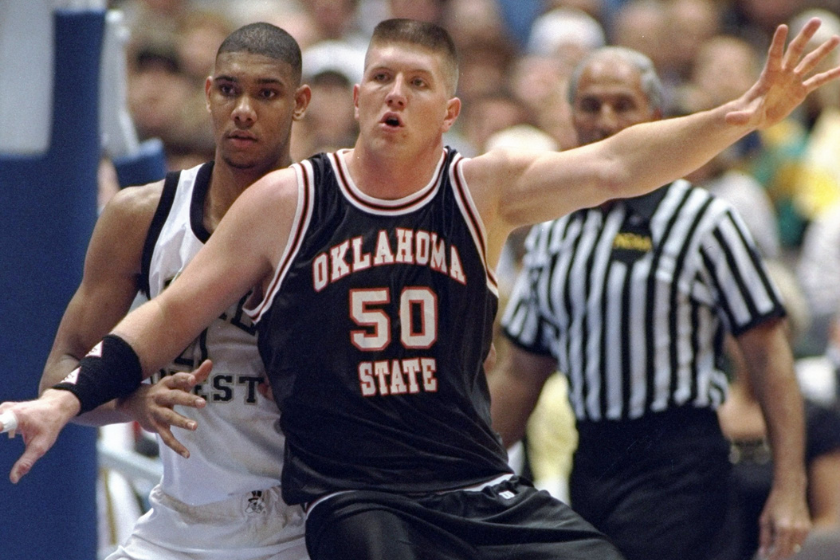 On the first team flight across the country during his freshman year, teammate Byron Houston nicknamed the center "Big Country" -- a title that would stick for life.

Reeves improved each year at OSU, gathering several accolades during his career:

As a team, the Cowboys made the NCAA Tournament all four years Reeves was in Stillwater. The team didn't make it past the Sweet 16 in his first three years, most notably suffering an early exit in a second-round upset to 12-seed Tulsa in '94.

As a senior, Reeves helped lead the team to the 1995 Final Four. On the way there, OSU defeated Tim Duncan and Wake Forest in the Sweet 16. They fell to eventual champion UCLA in the national semifinals. 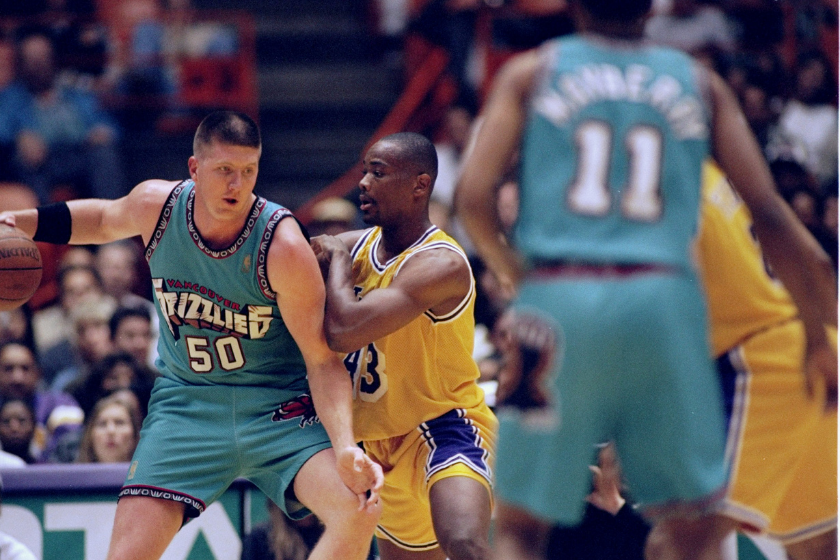 Reeves was selected sixth overall -- one behind Hall of Famer Kevin Garnett -- in the 1995 NBA Draft by the Vancouver Grizzlies. He was first-ever draft pick for the franchise.

Big Country assumed a big role right away. During his rookie reason, he earned NBA All-Rookie Second Team honors by averaging 13.3 points and 7.4 rebounds per game. He kept getting better. In his second year, he averaged 16.2 points and 8.1 rebounds. The improvement was rewarded with a six year, $61.8 million contract extension.

In his third season, Reeves reached his peak. He averaged 16.3 points, 7.9 rebounds, and 1.08 blocks per game. The highlight of the year came with a 41-point career-high performance against the Boston Celtics.

From there, Reeves' career dropped off. He battled back injuries while the Grizzlies resided at the bottom of the league. The franchise moved to Memphis, Tennessee in 2001.

Reeves only played two preseason games in Memphis due to chronic back pain. He officially retired midway through the 2001-02 season.

Where is Bryant Reeves Now?

When Reeves left basketball, he left the public eye. Not even his old teammates could track him down.

Vancouver native, Grizzlies superfan, and filmmaker Kat Jayme made it her mission to track him down. In the 43-minute documentary Finding Big Country, Jayme discovered that the former professional basketball player simply moved back to Oklahoma to be a cattle farmer and start a family.

You can take the man from his roots, but you can't take the country out of Big Country.

MORE: What Happened to Jimmer Fredette and Where Is He Now?