Carmelo Anthony Exploded for Record 62 Points at The Garden 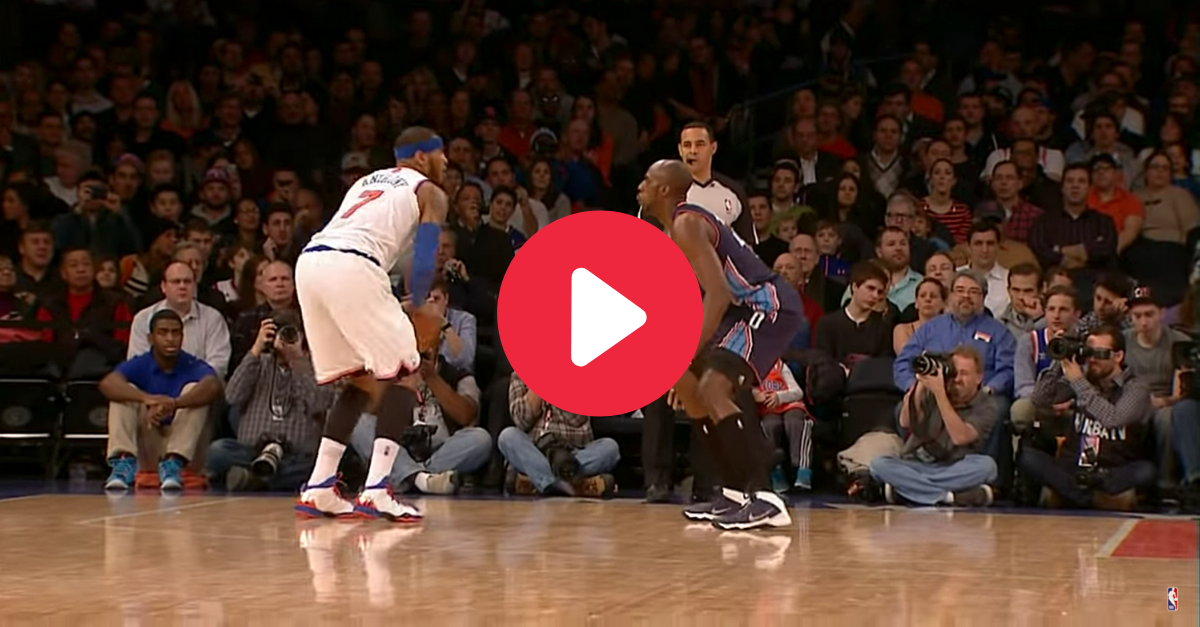 Patrick Ewing sat on the Charlotte Bobcats bench. The New York Knicks legend was witnessing history in the building he occupied for 15 years.

Carmelo Anthony was hitting shot after shot over Ewing’s Bobcats, where he served as an assistant coach on Steve Clifford’s staff. No matter what they threw at him, Anthony prevailed. He made 23 field goals that night and surpassed Bernard King’s franchise record for most points in a game.

Carmelo was rolling from the get-go. He maneuvered around screens, jabbed, faked, anything to throw off his defender’s balance, and finished with a quick jumper. He loved to patiently operate in the mid-range, a dying art form. With a minute left in the first quarter, Melo turned back the clock and threw down a forceful dunk. It was a wake-up call from his normal lay-in and light graze of the rim in dunking situations.

Anthony stayed hot. In the second quarter, he kept on with the same tricks. Josh McRoberts tried, Anthony Toliver attempted, but no one could slow him down. As the half came to a close, Anthony nailed a half-court buzzer-beater to prove the rim was an ocean that night. Madison Square Garden erupted. He finished the first half with 37 points and the Knicks had a comfortable 67-46 lead.

The second half was an encore. The Knicks had the game under control and the latter quarters were more “let’s see what Melo can do, he’s scorching” than a game ? He didn’t simmer and poured in 25 points. Knicks head coach Mike Woodson took Melo out for good with 7:18 left in the fourth quarter. Teammates Iman Shumpert, Tyson Chandler, and J.R. Smith welcomed him to the bench with high-fives. The MSG crowd gave him a standing ovation.

Anthony reflected on the Knicks record-setting performance after the game:

“I was just taking it one possession at a time,” Anthony told MSG Network in a post-game interview. “I came into the game locked in. I didn’t know I was going to have this type of performance. It’s an unbelievable feeling. … It’s just a zone you get into sometimes. Only a certain group of people know what that zone feels like. Tonight was one of those zones. My teammates saw that.”

The 10-time All-Star’s 62-point career-high is tied for the 34th most in a single game in NBA history. Over the course of his 17-year career, Anthony won the scoring title in 2013 and only averaged fewer than 20 points per game the past three years. He had a nice resurgence on the Portland Trail Blazers before the coronavirus postponed the NBA season.