Having Danny Ainge as the general manager of your team has its ups and downs. On one hand, the Boston Celtics saw the likes of Kevin Garnett and Ray Allen find their way to Boston and help raise banner No. 17. While on the other hand, you had to put your hopes and dreams behind someone like Guerschon Yabusele or Romeo Langford being the future of the franchise.

And now that Ainge has moved into the Utah Jazz's front office, fans in and around Salt Lake City can expect to hear a similar tune. 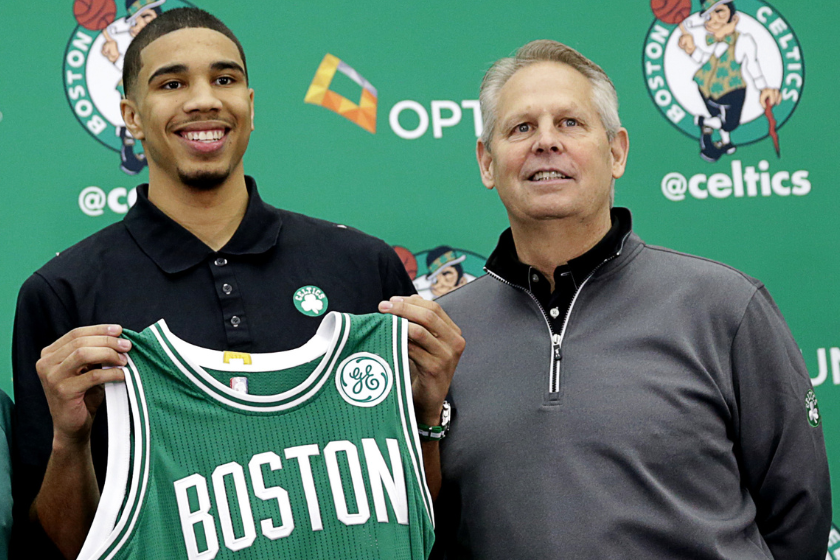 Danny is a smart man. And, in the time he took over as head of the Celtics front office, he helped turn around what was otherwise seen as a relatively dark phase of the timeline for the joint-most decorated franchise in NBA history. From Bill Russell to Larry Bird, the Cs were an absolute force through the late 80s, and the rivalry with the Los Angeles Lakers was virtually unmatched.But once the 90s came along, they entered a period of mediocrity. Sure, they drafted Paul Pierce and Antoine Walker and had a couple of decent regular seasons, but they never made an NBA Finals appearance. It wasn't until Ainge flexed his President of Basketball Operations powers to bring KG and Ray into town that things started to trend upward.

On draft night in 2007, the Celtics selected Jeff Green with the No. 5 pick, immediately moving the Georgetown star forward to the Seattle Supersonics along with Wally Szczerbiak, Delonte West and a 2008 second-round pick in exchange for Ray Allen and Glen Davis. Three days later, on July 31, 2007, Boston sent Al Jefferson, Ryan Gomes, Gerald Green, Theo Ratliff, Sebastian Telfair and two 2009 first-round picks to the Minnesota Timberwolves for Kevin Garnett.

Danny now had formed a "Big 3", the first significant one since Michael Jordan, Scottie Pippen, and Dennis Rodman reigned with the Chicago Bulls in the 1990s. And his executive approach of stashing away picks began. Those two trades were fairly big offseason moves in '08 and allowed Boston to get to and win the NBA Finals in their first season together. Ainge was trying to build a new foundation from which Boston's future could climb to new heights, too. He did not tend to lean on big-name guys out of free agency. Instead, he wanted to pull off smart deals, start building a repository of picks, and bring in role-playing former stars past their prime.

After winning it all in 2008, and losing in Game 7 of the finals to Kobe Bryant's Lakers in 2010, it became clear that the "win now" mentality had worked, but the biggest stars were aging, and future planning needed to begin. This was the start of the Danny Ainge Blueprint. Sign aging free agents. Acquire a plethora of draft picks. Wait. 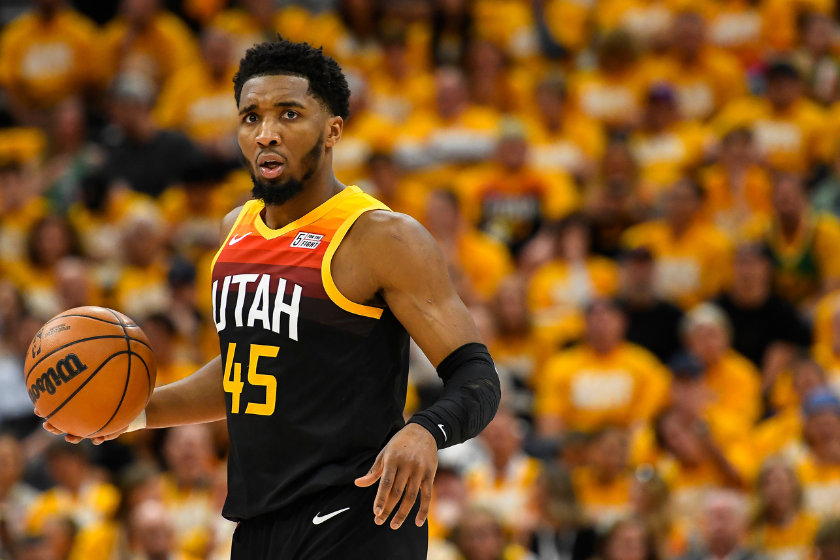 RELATED: The Utah Jazz Might Be Cursed: A Deep Dive into the Sour Notes of Salt Lake City

It seems like the former Celtics GM is doing the same in his new role with the Utah Jazz. Ainge recently traded French center Rudy Gobert to the Minnesota Timberwolves for guards Patrick Beverley, Malik Beasley, Leandro Bolmaro, forward Jarred Vanderbilt, the draft rights to center Walker Kessler, Minnesota's 2023, 2025, 2027 and 2029 first-round picks and a 2026 first-round pick swap. Now there are reports that the Jazz are listening to offers for superstar Donovan Mitchell.

Danny Ainge sketched out a blueprint in Boston that he is now using to a T in Utah. If Gobert garnished that sort of return, it can only be expected that Mitchell will require three teams to trade five years worth of picks, three superstars, and two of them will get nothing in return. Sure, the Timberwolves are going to be a scary team next season, but many look at this deal and say that Ainge fleeced Minnesota in the same way he fleeced the Brooklyn Nets in 2013.

Why, do you ask? Let's go back nine years. The Celtics Big 3 ws crumbling. Ray Allen abandoned ship in the summer of 2012, KG and Paul wrote him off, and the Celts didn't look like they were poised to do anything significant. So, after a season in which they finished seventh in the Eastern Conference with a 41-40 record and were ousted by the New York Knicks in the first round of the playoffs, the big reset began.

Ainge sent Boston legends Paul Pierce and Kevin Garnett, along with Jason Terry (aging role player) and DJ White to Brooklyn. In return? The Celtics received five players, three future draft picks, and a pick swap. The players were Kris Humphries, Reggie Evans, Gerald Wallace, Tornike Shengelia and Kris Joseph. Keith Bogans became the pick swap via a sign and trade. The crowning piece of the trade? The future picks ended up turning into Jaylen Brown and Jayson Tatum. The Celtics have been able to weather the storm of Kyrie Irving, and see their young wings rise to the top, alongside former No. 6 NBA Draft pick, Marcus Smart. Together they fell just short of an NBA Championship this season against the Golden State Warriors.

Meanwhile, the Nets are in limbo, having taken on Kyrie and Kevin Durant, both seemingly uninterested in staying there, and there's no solid vision for the future. It's almost as if they've been chasing ghosts since 2013. KG and Pierce were in decline, were not solid, healthy pieces for that team, and ultimately saw their careers fizzle out.

The Road Ahead for Utah Could Lead to Greener Pastures

Now, I doubt that will be what happens here with Minnesota and the Rudy Gobert trade, but it has me thinking. Can Ainge go into full rebuild mode in Utah, turning the Jazz from a likely NBA playoff team to a tried and true contender? Sure, it's possible. But he needs to ensure Salt Lake City doesn't fall victim to his wild, and sometimes insulting trade attempts. At some point over the last few years, some teams stopped answering the phone.

When they did, it was swapping Kemba Walker and a couple of picks to bring Al Horford back to Boston. But that was Brad Stevens after Ainge had left. Stevens was able to sit back and watch what Ainge did, and learn from it. So far, it seems he's not going to fall into the same traps. He's now made a couple of smart deals, dealing a number of bench players for Malcolm Brogdon and signing Danilo Gallinari to help bring some fire off the bench -- all while not blowing up the current core.

Out in Utah, Quin Snyder apparently wasn't willing to be a part of Ainge's rebuild, as he left the Jazz at the end of this season. While their core still seemed to be intact, if we look at Danny's blueprint, he could have that changed out within weeks. And if they are willing to move on Mitchell, despite the return, it could end up meaning a long, slow rebuild out in Utah.

The Jazz have the talent to win now if they just added a couple of pieces. Instead, Brad Stevens seems to be taking the best moves from his former boss, trusting his head coach Ime Udoka, using the Summer League to truly assess what young talent he has, and making sure All-Star caliber talent lives on both the first and second teams.

Boston fans feel lucky that they didn't have to look at an ESPN notification that said one of their two star players was on the move. Unfortunately, it looks like that could be the case for the Jazz. And while Danny will look at making some offseason deals, it remains to be seen if he can fall into the same rhythm as he did in Boston.

Pump the music, Utah. You may be in for a wild ride.