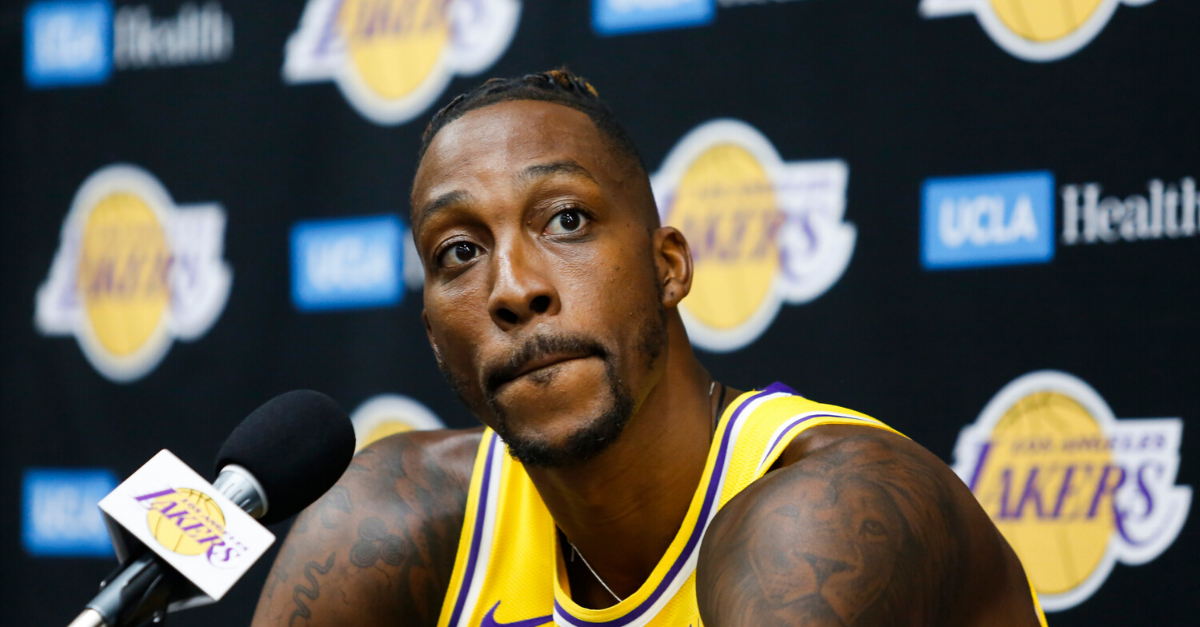 Dwight Howard’s career has been a rollercoaster. From the No. 1 pick in the 2004 NBA Draft out of high school to succeeding the Superman mantle from Shaquille O’Neal to leading the Orlando Magic to the 2009 NBA Finals to four teams in four years, things are never dull.

Off the court, the story has been much of the same. Growing up a devout Christian, Howard splurged on unaccustomed pleasantries when he entered the league, but most notoriously on females.

The result was five children with five different women.

Brings tears to my eyes every time I see my kids wearing my jersey. #grateful #39

Howard’s first son, Braylon Howard, was born in 2007 when the young center was emerging as an NBA superstar. The next six years brought four more children intertwined with battles over custody and child support ? Their names are Jayde, Layla, David and Dwight III.

The laborious legal battles have primarily stemmed from contention with Royce Reed, the mother of Braylon. Reed, a star on VH1’s Basketball Wives, was charged with violating a court order prohibiting her from mentioning Howard in the media. Additionally, Reed accused the basketball player of abusing their son after Howard admitted to disciplining him with a belt, but the NBA star was not charged. The couple has engaged in a prolonged civil case over custody.

Howard’s relationships with his children and their mothers were highlighted in a piece written by Sports Illustrated:

“All of his five kids live with their mothers?two in Florida, two in L.A., one in Houston?and share his last name. They FaceTime and text and visit Atlanta every off-season. They drink slushies and watch movies, appropriate since their taste in food and cinema is not much different from their father?s. When they tell him they love him, he turns away, so they can?t see him tear up. ‘It’s a tough situation, obviously,’ Howard says. ‘I should have been more responsible. I messed up. I sinned. But I won?t look at any of them as a mistake. They’re all a blessing to me.'”

This NBA season, Howard turned a new leaf. Following stints with the Magic, Los Angeles Lakers, Houston Rockets, Atlanta Hawks, Charlotte Hornets, and Washington Wizards, the eight-time NBA All-Star returned to the Lakers and resurged as a key member of the rotation.

No longer is he trying to mold his attitude after Kobe Bryant. No longer is he fitting his game to what others think it should be. The five-time first-team All-NBA player found a role alongside LeBron James and helped the Lakers reach the top of the Western Conference, hammering dunks and cleaning the glass.

Howard’s overcome the personal conflict of bearing children out of wedlock. He’s embraced his kids as blessings.

This article was originally published May 6, 2020.

UPDATE (May 15, 2020): Dwight Howard revealed news that, for a man so focused on his mental health over the years, was devastating to hear.

Howard told reporters on a conference call (via ESPN) that Melissa Rios, the mother of his 6-year-old son David, died of an epileptic seizure on March 27 at her home in Calabasas, California.

New story: Dwight Howard opened up about the loss of Melissa Rios, the mother of his 6-year-old son, David, and sees the unexpected benefit of the NBA hiatus allowing him to be there for his family https://t.co/DTOy2hoZRV

Howard, who is spending the coronavirus quarantine with his five children in Georgia, talked about his thought process over the last few weeks:

Howard and his son attended Rios’ funeral together in Reno, Nevada.

MORE: Michael Jordan’s First Wife Made a Fortune Divorcing Him