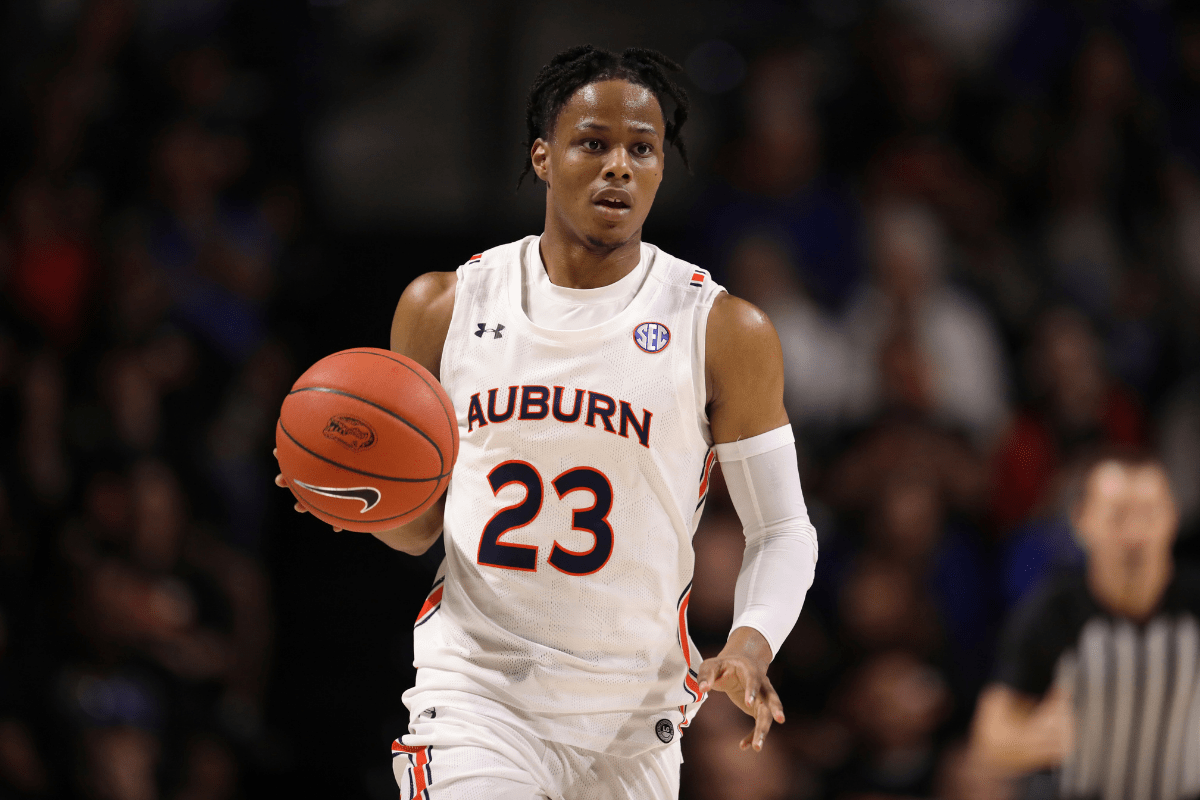 In a normal year, Isaac Okoro would be in the NBA Draft‘s Green Room at the Barclay’s Center.

He would hear his name called in the early goings, shake Adam Silver‘s hand, and get to work with his new team.

Instead, Okoro will watch as his future is determined virtually. He’ll be surrounded by friends and family.

His family, and his parents specifically, came way to the United States via Nigeria.

Okoro’s parents, Godwin and Gloria Okoro, immigrated from Nigeria to the Atlanta, Georgia metro-area in the 1980s.

Confidence is something Isaac’s had to find growing up. He used to wrestle his older sister Ashley and imitate WWE stars, sometimes Ashley defeated her little brother to the point of tears.

One day, their father had to step in. He told his son, “Don’t let her make you cry.”

From that point, the wrestling matches turned in Isaac’s favor ? a gain of confidence that translated to the basketball court.

Okoro led McEachern to a state title as a senior ? the first state championship in program history ? and was awarded a spot on the USA Today All-USA Georgia First Team and the MaxPreps All-American second team. His successful season garnered an invited to the prestigious Nike Hoop Summit in 2019.

His play helped lead the Auburn Tigers men’s basketball team to a 25-6 regular season record before the SEC and NCAA Tournaments were canceled due to the coronavirus pandemic and COVID-19 outbreak. The Tigers finished second behind Kentucky in the final SEC standings ? ahead of the likes of Arkansas, LSU, and Tennessee, per CBS Sports.

Okoro was named to the Second-Team All-SEC and SEC All-Defensive Team. He earned SEC All-Freshman Team honors along with SEC Freshman of the Year and fellow NBA Draft prospect Anthony Edwards.

Okoro is a projected lottery pick. He’s lauded for his high-motor, work ethic, physicality, and effectiveness on both ends of the floor.

As he joked with ESPN’s Jonathan Givony, the influx of Nigerian players must have something to do with the local cuisine.

MORE: Cole Anthony Ready to Follow in Dad?s Footsteps to the NBA