The Denver Nuggets have a star in Canadian point guard Jamal Murray, but who has the former Kentucky Wildcat all starry-eyed off the court? Harper Hempel, now a social media manager, was a volleyball player at the University of Kentucky when the pair met.

Despite their innocent origins, the couple has become infamous for filmmaking in recent years. When did the lovebirds bluegrass beginnings graduate to the Mile High Club, and how?

RELATED: Jamal Murray is a Star Now, But He's Been Getting Buckets for Years

Before basketball player Jamal Murray made defenses dance in Denver, he delivered during his college days in Kentucky, but kept his personal life relatively quiet.

After finishing his senior year of Canadian high school in Kitchener, Ontario, with the All-Canadian MVP award, Murray was poised to post points in America. He chose John Calipari-led perennial college basketball powerhouse Kentucky and made First Team All-SEC in 2016.

Despite a disappointing March Madness, Murray made a mad dash for the NBA Draft and went to Colorado with the seventh overall pick, narrowly missing the chance of being drafted by his hometown basketball team, the Toronto Raptors. However, it's also possible that Murray would have been swept up by Sacramento or Orlando, so Denver was a great fit for the young professional basketball player.

Murray lit up the Mile High City as soon as he reached the dubious Denver International Airport. He earned All-Rookie honors in 2017 and has been a force in the NBA ever since.

More recently, Murray has been recognized for showing out in the Bubble-fied NBA Playoffs. Murray could only be stopped by the Thanos-like LeBron James and his merry gang of Le-Lakers. His hot hand has played a major role in Denver reaching the conference finals in the happiest place on Earth.

But that hot streak would end with an ACL tear that sidelined the NBA star for almost a year and a half. And right by his side through his injury and recovery was Harper Hempel.

Harper Hempel is a young businesswoman from Kentucky. She is a college graduate, runs her own small business, Harper Hempel Photography, and is a digital consultant.

Hempel, like Murray, was a student-athlete at the University of Kentucky. Unlike Murray, she studied at the Gatton School of Business and graduated with a degree in digital media while playing for the Kentucky women's volleyball team.

Harper seems perfectly groomed for a ball guy like Murray, please excuse my phrasing. She comes from a basketball family. Her father Rich Hempel co-founded the company eCoach, a digital database of coaching videos featuring NBA players and coaches, which is doing well in the professional basketball industry.

Combine that with her own athletic ambitions and BAM! You've got a match made in Kentucky Fried Heaven. 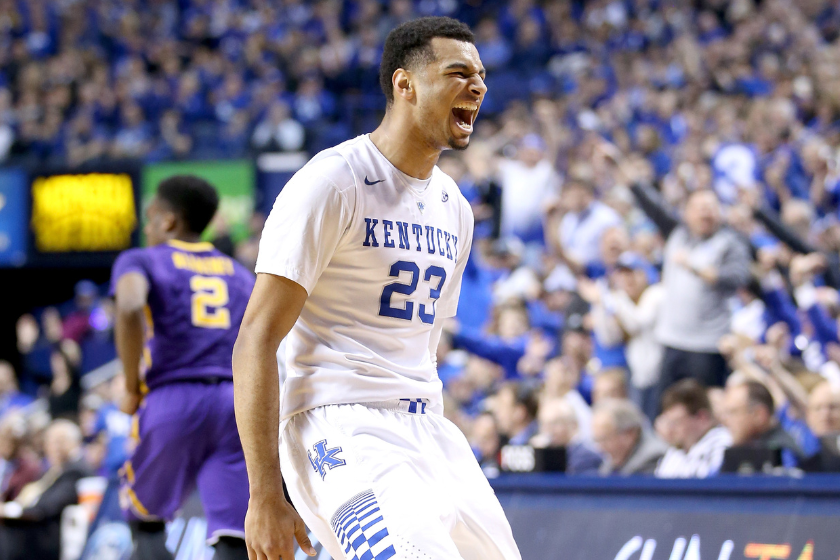 The exact story of how the pair met is probably only truly known between the pair themselves and close friends. However, we can assume they met between 2015-2016 somewhere near Lexington, Kentucky, as that was their only window of opportunity to meet.

When Murray was drafted by Denver, they reportedly maintained a long-distance relationship while Hempel finished her studies.

It's a cute story, if not a little boring. At this point in the article, you may be wondering why you should care.

Allow me to answer this question with a question of my own:

I suppose the term "sex tape" is outdated. No one records anything and puts it on a physical tape anymore... where would you even find one to record over, anyhow?

The term is a vestigial remnant of the past, if I may be redundant. Semantics aside, the practice of recording sexual acts is still popular amongst the youths, and if Murray and his girlfriend are anything, they are young. Murray only recently celebrated his 24th birthday.

About two years ago, Jamal Murray's well-followed Instagram account released NSFW footage of the pair engaging in oral sex in his Instagram story. Murray quickly claimed his social media accounts were hacked, but the damage was done. This caused a few issues for the couple.

Problem No 1: The Internet seeing all your nasties. Most people don't like that, although many people profit from it. Murray makes his money playing ball, not... well, nevermind. It's not a good look.

Problem No. 2: Normally this would go without saying, but in the year of the Rona, it is worth mentioning that the couple failed to social distance in the NSFW video. I think that's a silly thing to get upset about, but with coronavirus being the coronavirus, and the Internet being the Internet, people were perturbed.

Problem No. 3: While Harper Hempel had to publicly beg for people to stop sharing the trending video, some circles came to regard Murray as a folk hero of sorts. While Harper had her privacy exposed, Murray got public high-fives. I'm sure the dichotomy put a strain on the relationship.

This article was originally published on March 17, 2021, and has been updated since.