Dallas Mavericks forward Luka Doncic has done about as much as any 23-year-old in the game of basketball.

A preseason MVP favorite, Doncic is already setting records through the first seven games of the 2022-23 season. After another game with 33 points, Doncic became the first player to start a season with seven 30+ point games since Wilt Chamberlain did in 1962.

"A 23-year-old kid that is playing on this level is really, really special to see. He can do it in so many ways, when you talk about posting up or getting to the basket, shooting the three or shooting that little step back," Mavericks coach Jason Kidd said after the game.

A three-time All-NBA player, Doncic has yet to finish a season averaging less than 21 points per game. For his career, Doncic averages 26.6 a night.

"Luka's a savant in every sense of the word as it applies to basketball. Nothing shocks me. Obviously, he's young and the best is yet to come. I think he's going to set a lot of records for the Mavs and be in the conversation with the greats," Dallas guard Spencer Dinwiddie said. Doncic deserves praise for what he has done so far, but there should be a big warning: Doncic seems to be following a strikingly similar path to 76ers shooting guard James Harden. 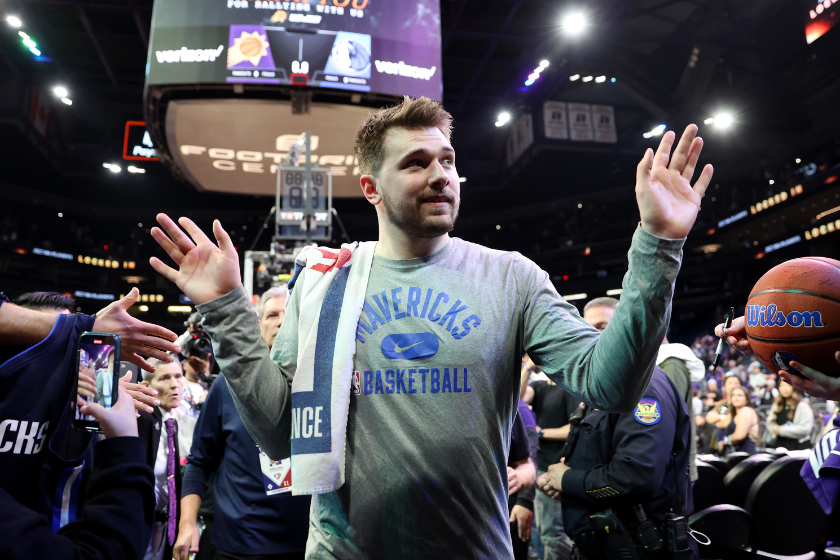 Harden, 33, is past his prime at this point in his career and hasn't won a championship -- the pinnacle mark of NBA greatness. He is still effective and made the All-Star team in the East last season, spending time with Brooklyn before a blockbuster trade sent him to Philadelphia to play with Joel Embiid. Turning back the clock to when Harden was 23, he was a rising star, like Doncic.

Making his first All-Star game in the 2012-13 season, Harden took control of the Rockets' offense. He started a streak, averaging at least 25 points per game each season, until failing to do so during the 2020-21 season. Harden, like Doncic, was an MVP-caliber player and often an attractive selection to win the award. Harden won it in 2018, finishing high up in the voting several times as his isolation and ball-dominant style led Houston to great heights in the regular season. Unfortunately for Harden, the regular season accolades didn't translate to the postseason. More often than not, Harden's teams disappointed, even when they had high expectations.

In his first two seasons with the Rockets, Houston lost in the first round of the playoffs. In 2015, the Rockets made the conference finals only to lose to Golden State. In his MVP season in 2018, the Rockets won a league-best 65 games. Going 8-2 through the first two rounds, the Rockets were defeated in seven games in the conference finals, losing to the Golden State Warriors. While the Warriors were certainly a great team, Houston led the series 3-2 before losing two straight to drop the series, missing a record 27 straight three-pointers while the team lost at home in Game 7. Harden wasn't great from three, as well. In his last three games the Arizona State product shot 6-36 from three.

Additionally, many fans thought Harden and the Rockets might have advanced had Chris Paul not been hurt at the end of Game 5. Yet, with Chris Paul available for the entire series, Harden and company lost again to the Warriors in 2019, going down in six games.

Though Harden averaged more than 34 points per game in the series against the Warriors in 2019, Houston going down seemed to be more evidence suggesting the ball-dominant, usage-heavy style of play that Harden -- and similarly Doncic -- endure is a losing formula at the end of the season.

The Beard vs. The Don 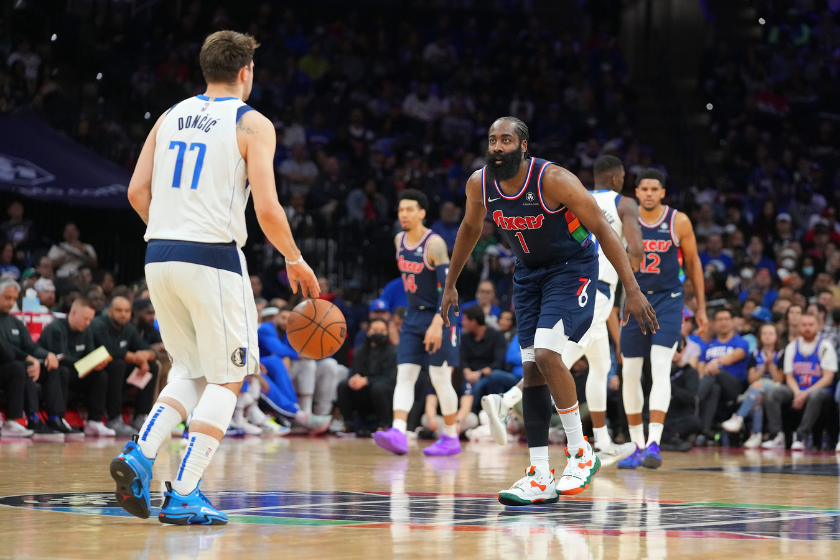 RELATED: John Wall Made $44 Million to Sit Out Last Season, But He's Ready to Prove He's Still an All-Star in LA

When you look at the all-time leaders in single-season usage rate, Doncic's current season would rank third (39.39%). Just last season, when Doncic made the conference finals but lost to Golden State, Doncic was used 37.39% of the time. Overall, Doncic has a total of four out of his five seasons in the top 20. Harden has three seasons in the top 20, with those three occurring consecutively from 2017-2020 -- when Harden had many critical shortcomings in the postseason.

Another big name, Russell Westbrook, had the highest usage rate in a single season (41.65% in 2016-17). Westbrook won MVP that year but lost in the first round of the postseason against the Rockets. Despite putting up large individual numbers, as Westbrook produced three triple-doubles in the series, his achievements didn't mean much as his team lost in five games. Not coincidentally, Westbrook has been another player to have incredible individual success with a high usage rate in the regular season only to routinely come up short of a championship in the postseason.

While Doncic has yet to play the same amount of postseason games as Harden or Westbrook, we may know what to expect. Doncic will only increase expectations for himself as he puts together amazing seasons. By playoff time, the better teams will overcome the Mavericks, and Doncic may see his numbers decrease as the pressure mounts and his stamina plummets from a high usage rate.

However they would like to do it, the Mavericks should look to lower Doncic's usage rate so he can avoid the criticism of a championship-less career.