The worst kept secret prior to the 2017 NBA Draft was that Markelle Fultz would be the No. 1 overall pick. The Philadelphia 76ers paid handsomely in a trade with the Boston Celtics with the goal of taking a franchise player and Fultz was the best bet to achieve that in this class.

With that said, Fultz had plenty of time to prepare himself for life in Philadelphia, all the way up until his name was announced. Unfortunately, he did not prepare well enough from a social media perspective, as Fultz made an error on Instagram.

Hindsight is 20/20 and in the words of the World's Best Boss, Dunder Mifflin Regional Manager Michael Scott, the Philadelphia 76ers "should've had hindsight."

Markelle Fultz is Excited to Head to (City) 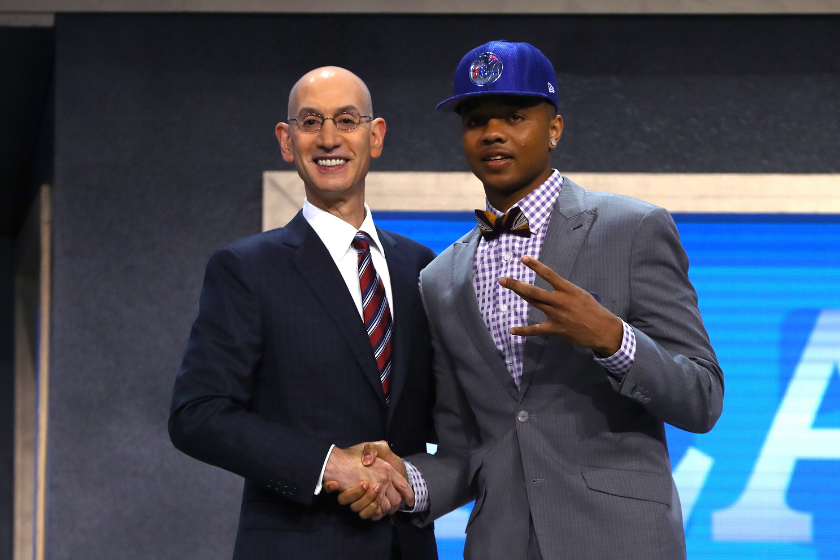 Who doesn't love a life-changing event post on Instagram? Whether it's an engagement, the birth of a child or even a new job, it's just nice to share some good news with the people your love. However, you just need to make sure you put the correct information in that post. Especially when it's a new job, it might be important to make a great first impression and, maybe, it might be important to mention some specifics. Especially if you're a No. 1 NBA draft pick.

"EXCITED TO HEAD TO (CITY) AND JOIN THE (TEAM NAME)" pic.twitter.com/zpJHnkvZyl

As you can see above, Fultz failed to edit what appears to be a pre-scheduled post that included a blank city and team name in place of the Philadelphia 76ers. In the grand scheme, it was a harmless oversight. In the same breath, it wasn't the best look for Fultz and everyone around him. But, he did get that Tissot watch handle in there, so that's all good.

A mess-up like this isn't going to be a big deal in terms of endearing himself to the fan base, but Fultz could have helped his own cause by reaching out to the 76ers fan base and apologizing. Fortunately, that group trusts the process and Fultz was going to be the long-term answer that Philadelphia was looking for on the court, right? 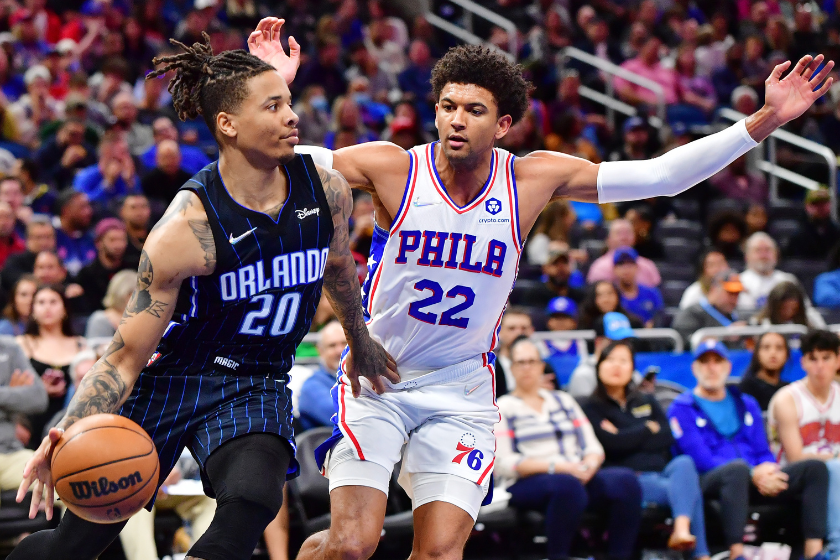 RELATED: How Can a Former No. 1 Overall Pick Look So Scared to Shoot a Basketball?

Well, in hindsight, this caption might have been an omen the Sixers missed. Markelle Fultz developed a problem shooting the basketball and failed to materialize as the No. 1 overall caliber player some had hoped he would be. Pairing him up with Joel Embiid didn't make any difference. Fultz just didn't have it while in a Sixers uniform. The Celtics, on the other hand, were more than happy to take their third-overall pick in Jayson Tatum, who has been the core of their elite lineup since arriving in Beantown. Even the Los Angeles Lakers had a decent run with Lonzo Ball, who went second overall.

While Sixers fans may still be kicking themselves over the Fultz selection, at least he's not still sitting on the bench in Philly. The Sixers were able to send Fultz to the Orlando Magic for Jonathan Simmons, a 2020 first-round pick and a 2019 second-round pick. That second-round pick would be sent to Boston in exchange for Matisse Thybulle, who has become a valuable defensive role player for Philly. The first-round pick they acquired for Fultz became Tyrese Maxey, who would bring his blazing speed to the Sixers and immediately cement himself as an integral part of the process.

So in the end, things didn't work out all that bad for the Sixers and Fultz. However, there is no denying that things got off to a rocky start before the Washington Huskies star even put on a Sixers uniform. And think of it this way, Fultz at least tried to master his shortcomings, unlike another 76ers first-overall selection who simply gave up on his team and demanded a trade.

Looking at you, Ben Simmons.

This article was originally published on June 22nd, 2017, but has been updated since.

MORE: A Timeline of "The Process": How the Philadelphia 76ers Redefined Team Building in the NBA