Shaq & The Jabbawockeez Dance Together to Create All-Star Magic 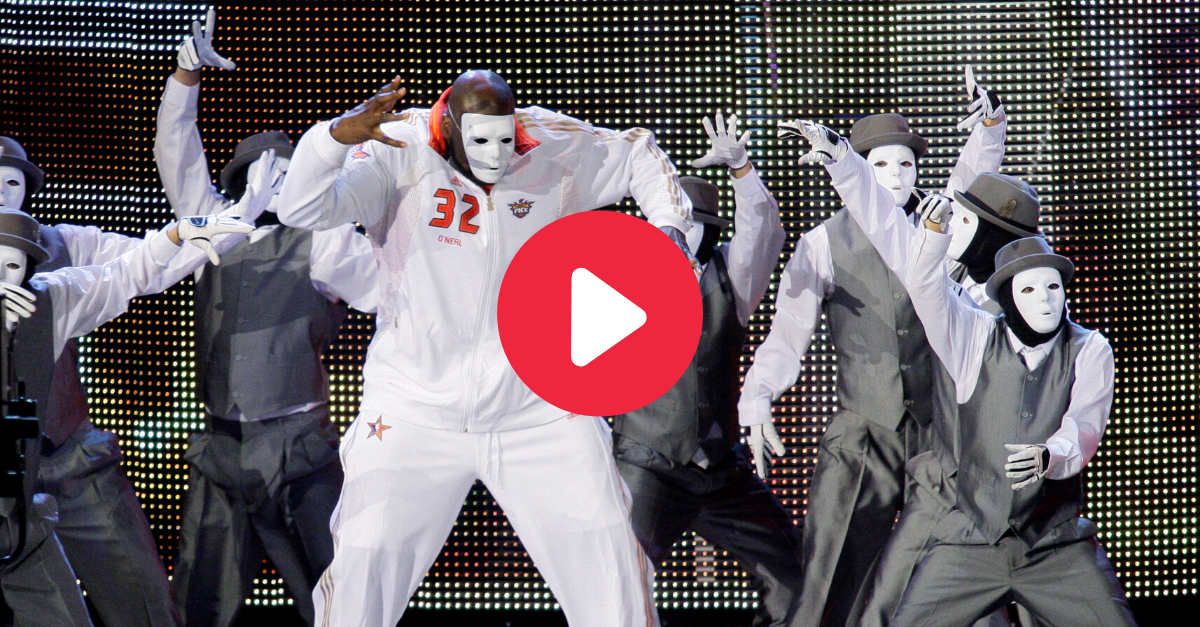 It doesn’t seem natural for someone standing 7-foot-1 and weighing over 300 pounds to move with the grace and agility that Shaquille O’Neal did, but as the 15-time NBA All-Star proved night after night, no one could handle his combination of quick feet and power.

The No. 1 overall pick back in 1992 won three titles with Kobe Bryant and the Los Angeles Lakers and a fourth with Dwyane Wade and the Miami Heat. Shaq delivered all-time performances for two decades, but perhaps none are as memorable as his “swan song” at the 2009 NBA All-Star Game.

O’Neal earned his 15th and final All-Star bid as the game’s last reserve, a perfect send off considering the 58th All-Star Weekend took place at the US Airways Center in Phoenix, Arizona.

In classic “Big Aristotle” fashion, O’Neal needed to make a statement. As the final player introduced, the Hall of Fame inductee walked onto the stage wearing a white mask that didn’t even fit his giant melon and broke it down alongside the Jabbawockeez dance crew, a hip-hop ensemble that won the first season of America’s Best Dance Crew and now perform all over the world.

Shaq Dances with The Jabbawockeez

RELATED: Shaq’s Kids: Where Are the 6 O’Neal Children Today?

That Western Conference team was coached by Phil Jackson. With a 20-10 lead early on, O’Neal entered the game alongside Kobe Bryant. It was the first time since losing the 2004 NBA Finals that the former Lakers teammates were on the floor together.

The West went on a 19-0 run and never looked back, winning the game 146-119. Bryant led all scores with 27 points, while Chris Paul paced the West with a 14-point, 14-assist double-double. LeBron James led the East with 20 points and went on to win his first NBA MVP award that season.

Shaquille O’Neal may be an NBA analyst, father and man of the people in retirement, but you better believe there’s an opening on the Jabbawockeez awaiting him whenever he’s ready.

MORE: Michael Jordan’s Baseball Career Was a Treat to Watch