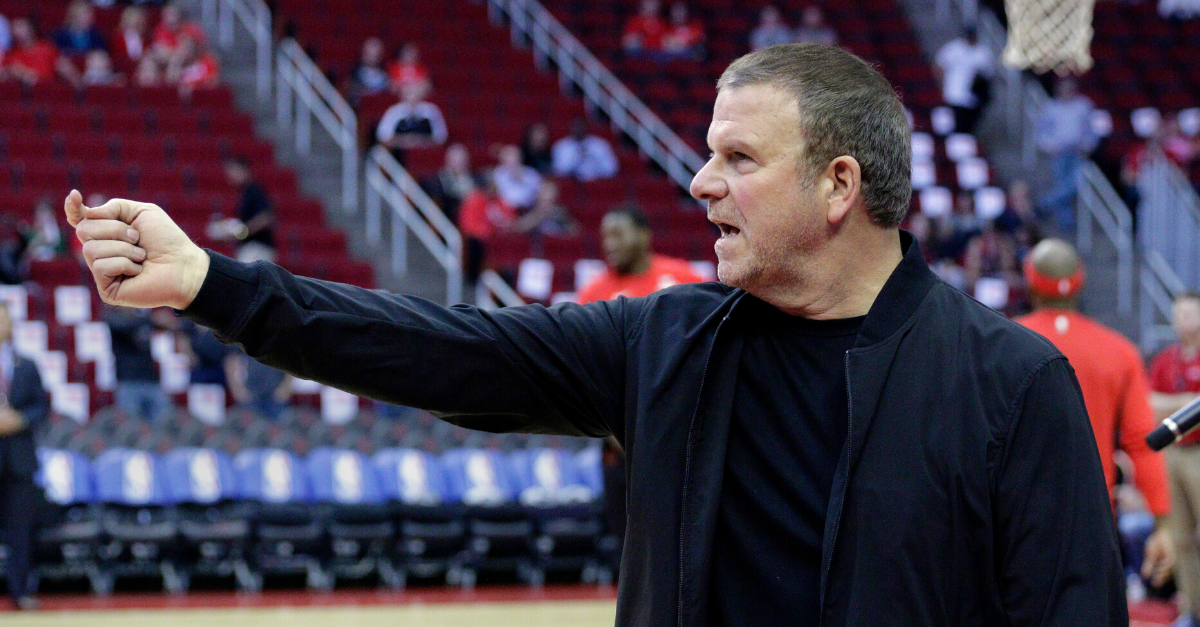 Houston Rockets owner Tilman Fertitta is a billionaire, so he can say whatever he’d like. Fertitta, a man worth more than $4 billion who Forbes once called the “World’s Richest Restauranteur”, attended Texas Tech University and the University of Houston before launching his successful empire throughout the Lone Star State.

In 2017, Fertitta bought the NBA’s Houston Rockets for $2.2 billion and has since spoke his mind on touchy subjects. For starters, Fertitta got into a spat with Rockets general manager Daryl Morey after Morey tweeted support of Hong Kong seeking freedom from China.

Now, the 62-year-old is sounding off about the coronavirus despite the NBA indefinitely suspending play following Utah Jazz player Rudy Gobert’s positive testing for COVID-19.

Fertitta went on CNBC and didn’t hold back regarding his thoughts on the coronavirus outbreak.

“There’s no reason to panic even when they announce that another 10,000 people have it, OK? Just don’t give it to other people…You’re not going to die from this,” he said in the interview before going on to say “I’m still living my life.”

Fertitta went on to say that his restaurants in China were down in sales of $1 million per day. His portfolio includes massive chains like Morton’s The Steakhouse, Vic & Anthony’s Steakhouse, Bubba Gump Shrimp Co. and Golden Nugget Casinos.

Considering the World Health Organization officially declared the COVID-19 outbreak a pandemic this week, I’m not sure downplaying the virus is the right call. Let’s let the public health officials and medical experts speak about the virus.

As of Wednesday, Texas had more than 30 confirmed cases of coronavirus, according to the San Antonio Current. Most of the cases have been in the Houston area. However, there may be more unconfirmed cases.

Asked in the same interview if he would’ve been OK with playing games with no fans in the stands, Fertitta shut that notion down.

“I don?t think you ever want to play games in front of no audiences. If it ever got so bad, and this is just my opinion, I would hope that we would just suspend for a week, or two weeks, or whatever. You don?t want to play games with no fans. That?s never going to work.”

Of course, that was before coronavirus concerns shut down professional and collegiate sports leagues across the country. The NCAA canceled March Madness. The MLB halted spring training and postponed the start of the season. State officials like in New York, Virginia and Arkansas have declared a state of emergency.

Downplaying this virus doesn’t seem like a smart move. What does seem smart is taking the stance of a fellow Texas NBA team owner.

In response to a question about how this news impacted his team, Mark Cuban considered how it impacts hourly workers and said they'll "put together a program for them." pic.twitter.com/jhAtDnZAcz

Dallas Mavericks owner Mark Cuban spoke after learning of the NBA suspension and said the team was preparing a plan to financially accommodate hourly employees who would be out of work while games were halted.

Fertitta should consider doing the same, or maybe James Harden and Russell Westbrook should step up.

MORE: Former Georgia WR Shows What Coronavirus Quarantine is Like