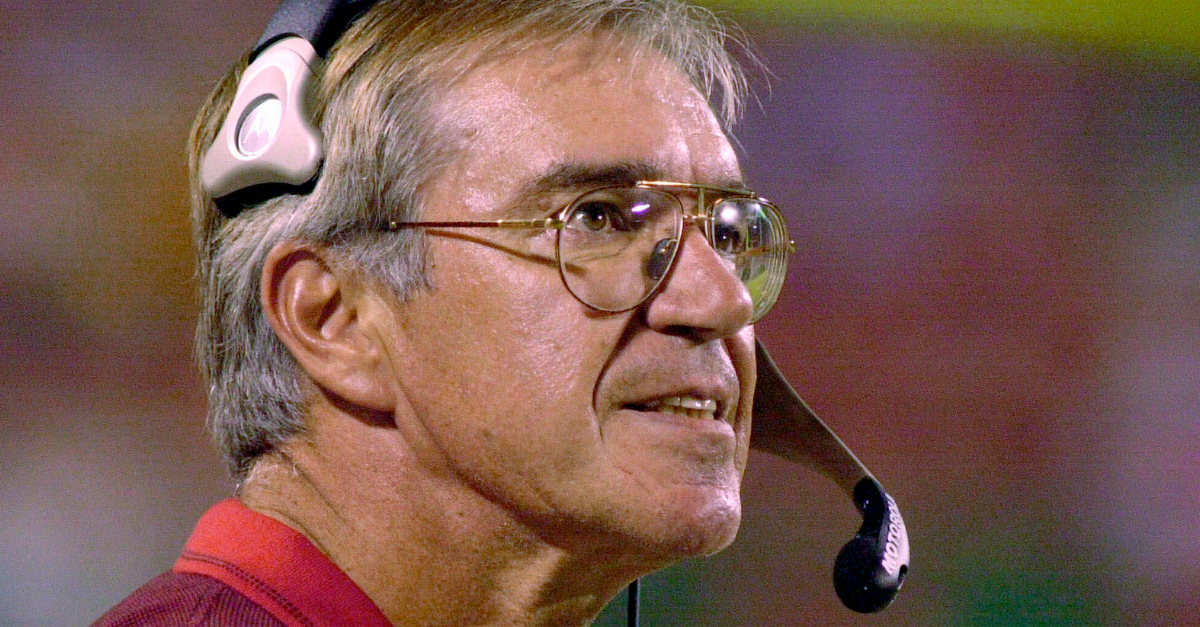 KANSAS CITY, Mo. (AP) — Gunther Cunningham’s life would have been vastly different had his family not emigrated from postwar Germany, settling in California when he was a young boy.

For one thing, he almost certainly never would have dedicated his life to football.

Yet Cunningham would go to spend more than five decades in the game, including stints in college and the CFL before making a name for himself in the NFL. He worked for six different franchises over 34 years in the league, including a two-year stint as head coach of the Kansas City Chiefs.

Cunningham died on Saturday after a brief illness. He was 72.

Long-time NFL coach Gunther Cunningham, who served as the Chiefs' HC from 1999-2000 and as a defensive coordinator for the Raiders and Lions as well, passed away over the weekend. He was 72.

His wife, Rene, said in a statement Monday that Cunningham died in Detroit, where he had served as defensive coordinator and a senior coaching assistant for the Lions before retiring in 2016.

“Gunther Cunningham will forever be remembered as one of the great men of our game,” the Lions said in a statement. “He left a lasting impact on every person who was fortunate enough to work alongside him during his more than 47 years as a coach — including 34 years in the National Football League, the final eight of which were spent here in Detroit. Our organization is truly honored and proud to have been included in his distinguished coaching legacy.”

Cunningham’s father, Garner, was an American serving in the Air Force in Germany when he met his German wife, Katherina. Their precocious boy was born in Munich in 1946, and the family soon moved to the U.S. and settled in California, where Cunningham — who spoke no English — was ridiculed like many post-World War II immigrants for both his accent and ancestry.

It was on the football field where he found his voice.

Cunningham became a star linebacker for his high school team in Lompoc, and earned a scholarship to play at Oregon. His aptitude for the game made him a natural coach, and Cunningham got his start as the Ducks’ defensive line coach from 1969-71.

He later coached at Arkansas, Stanford and California before a stint with Hamilton in the CFL. He then followed Frank Kush to the Baltimore Colts, where he got his first NFL coaching job.

Colts coach Jim Irsay tweeted that Cunningham was “one of the finest men in our business.”

Rest In Peace, Gunther Cunningham, longtime NFL coach and one of the finest men in our business. Gunther’s first NFL coaching job was with the Colts beginning in ‘82, and he made the move to Indy. Our hearts and prayers are with Gunther’s family.

Cunningham eventually became one of the most aggressive and successful defensive coaches in the league, burnishing his reputation with the Chargers and Raiders before landing in Kansas City. He was an integral part of Marty Schottenheimer’s best teams as the Chiefs’ defensive coordinator, and was promoted to head coach when Schottenheimer resigned after the 1998 season.

He went 9-7 in his first year and 7-9 in his second, and his only head coaching stint ended on a sour note. Cunningham claimed he was never told by management that he’d been fired, learning it instead from reporters when he arrived to work in the morning.

Cunningham spent some time with the Titans before Dick Vermeil lured him back to the Chiefs as his defensive coordinator. He spent the rest of his career with the Lions.

Statement from the Detroit Lions on the passing of Gunther Cunningham pic.twitter.com/Flky2p2K9q

Cunningham was known for his fiery demeanor and colorful vocabulary — yes, he picked up English, but his players would joke that he also knew plenty of French. Even in his final years on the sideline in Detroit, it wasn’t uncommon to see Cunningham drop-kicking a clipboard in frustration.

But he also was the consummate players’ coach, putting their best interests first.

“So sad to hear of the passing of one of the best coaches in the game,” said Rich Gannon, who was quarterback in Kansas City during the late 1990s. “I went against him and his defense in practice every day for four years with the Kansas City and it definitely made me a better player.”

Cunningham is survived by Rene, his wife of nearly 50 years, and their son Adam and daughter Natalie. The family is planning a memorial service at a later date.