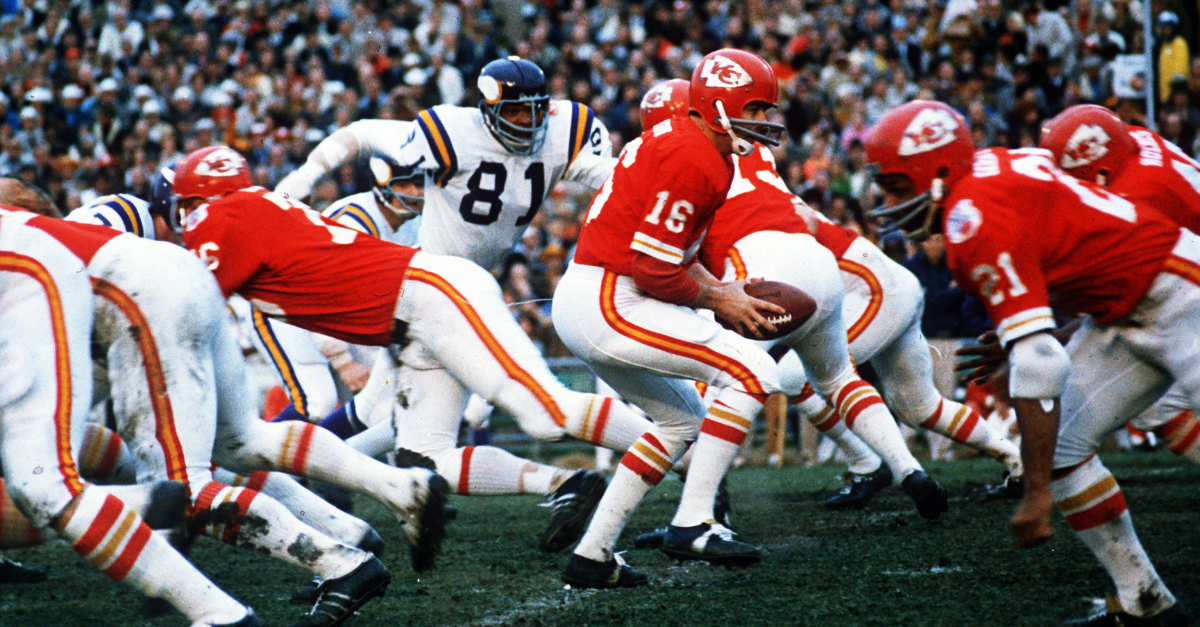 The Kansas City Chiefs are the toast of the National Football League led by quarterback Patrick Mahomes. The perennial MVP candidate has the luxury of throwing to two All-Pro weapons ? wide receiver Tyreek Hill and tight end Travis Kelce ? as well as an offensive line that allowed the third-fewest sacks this year.

Head coach Andy Reid’s team hung 51 points on the Houston Texans in the Divisional Round playoff game, then knocked off “King” Derrick Henry and the Tennessee Titans in Sunday’s AFC Championship Game to earn a trip to Super Bowl LIV in Miami. The Chiefs remarkably haven’t hoisted a Lombardi Trophy in almost 50 years, which was also the last time the franchise appeared in the Super Bowl.

The last time Kansas City claimed a title, founder and owner Lamar Hunt was leading the charge, and Kansas City was still part of the American Football League (AFL). Quarterback Len Dawson was named MVP of Super Bowl IV when coach Hank Stram’s Chiefs won a matchup with the Minnesota Vikings, 23-7, on January 11, 1970.

After a 12-4 regular season and (thanks to Tennessee beating the top-seeded Baltimore Ravens) hosting the conference championship title game at Arrowhead Stadium, the 50-year drought is finally over.

They’ll now await the winner of the NFC Championship Game between the San Francisco 49ers and Green Bay Packers.

This might be the @Chiefs' year. If this score holds it'll be their first AFC championship appearance since 1993. If they get to their first Super Bowl since January 1970, they have to bring Len Dawson (he's 83!!) back to re-create this iconic photo. Do they still make Fresca? pic.twitter.com/rN24f55nKe

Including this year, Kansas City has reached the postseason playoffs 18 times since their last Super Bowl but have yet to claim another championship. It’s been a while since that Super Bowl at Tulane Stadium in New Orleans, so just in case you need a refresher, here is a look at some facts from what was going way back in 1970:

? The Ford Pinto is Introduced

Wishing a very happy birthday to our very own U.S. Sen. @tedcruz! pic.twitter.com/OnaGPc66Q1

Songs of the Year

The Jackson 5 on The Ed Sullivan Show -1970- performing “I Want You Back”. pic.twitter.com/ZDEioilBcF

Safe to say that just a little bit has changed since the last time Kansas City won the big game, huh?

This article was originally published January 17, 2019. It was updated one year later when Kansas City, finally, got over the hump.

MORE: For Under $50, Every New England Patriots Super Bowl Ring Can Be Yours